The number of large eruptions on the sun is increasing. If such a solar storm hits Earth, we will be catapulted back “to the Stone Age”.

“It’s always possible for a very extreme solar storm to occur and it can have far-reaching consequences,” warns Melanie Heil of ESA’s space weather mission in Darmstadt. But how bad can it get when the distant sun hisses in our direction? Very bad!

“If such a solar storm hits Earth, it could temporarily throw us back into the technological stone age”, is the urgent warning of the ESA’s director of science, Günther Hasinger, in an interview with “Spiegel” about a possible extreme case.

Read more: Solar storm ‘throws us back to the stone age’ 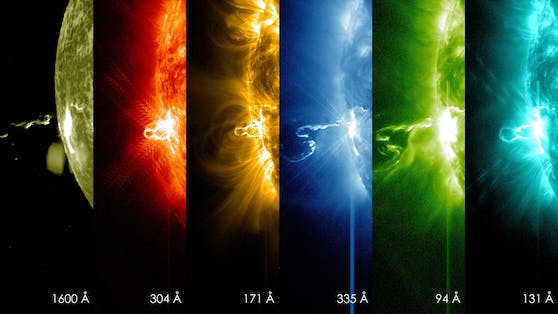 This is what a solar flare looks like at different wavelengths of the visible light spectrum. Taken February 24, 2014. Portal/NASA

Earth would be paralyzed

“If the solar storm hits areas with sensitive infrastructure, it can cripple electricity and mobile phone networks. Digital communication is disrupted, clinics and nuclear power plants have to resort to emergency generators.” Widespread blackouts, communication breakdowns, and the failure of various battery-powered devices would result. 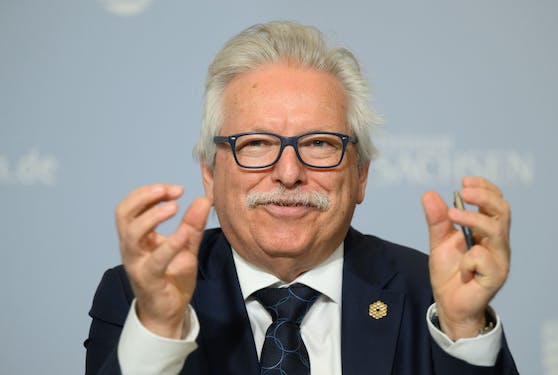 Even before that, it would hit satellites. Solar particles can trigger voltage spikes in electronic components and therefore a satellite navigation or television failure.

“In addition, solar storms put the lives of astronauts at risk. The charged particles can damage human genetic material and promote cancer”, says Hasinger, an expert at the ESA.

Our sun is becoming more and more stormy. Our life-giving central star is a gigantic reactor with cycles whose activity will increase more and more in the coming years. This is also reflected in the increase in the occurrence of so-called sunspots, which are our warning sign for a possible catastrophe.

Because then there are more and more eruptions and coronal mass ejections. They chase huge amounts of charged particles into space. When the shock wave front of such a solar wind hits Earth’s magnetic field, it is called a solar storm. These provide a light show in the upper atmosphere in the form of intense polar lights, which can sometimes be observed in Central Europe.

Earth’s magnetic field protects us between the poles from this cosmic bombardment. In extreme cases, however, it can be deformed by bombarding it with charged particles so that they also reach the ground. Then the consequences described by Hasinger threaten. There’s not much we can do to protect ourselves against this.

“If we detect extreme surges in good time, we have eight hours to two days before the particles reach Earth. Until then, the energy supply can be reduced to a minimum to avoid damage to the systems in operation”, explains the ESA expert.

Ten years ago, Earth narrowly escaped a scenario of utter catastrophe. In July 2012, the sun hurled trillions of tons of magnetized plasma in our direction just after our planet left the trajectory. According to NASA, this solar storm would have disabled everything electrically powered.

Maximum will be reached in 2025

Spots, and therefore also mass ejections on the sun, are likely to increase for another three years. The maximum of the current 25th cycle is expected in the summer of 2025. According to the “Spiegel” report, NASA and the US meteorological agency NOAA expect 115 sunspots per month. Researchers at the National Center for Atmospheric Research (NCAR) believe the number is at least twice as high.

The observations so far speak most in favor of NCAR’s prediction. In addition, two huge sunspots have already formed in the sun’s eastern hemisphere, which should now move more towards the center – and thus face the Earth head-on. So far, not many people have noticed anything about it, but according to the “Washington Post”, they say that there were radio failures. Enhanced auroras may also occur in the coming weeks.

All life is destroyed

Just as the sun gives us life, it will also take it from us. Because our star is going to burn out at some point too. But before that he will completely destroy the earth. Researchers have now calculated the time to the end of all life – and it’s coming sooner than expected! In the end, absolute darkness descends on the cradle of humanity.

Read more: Sun will destroy all life sooner than expected 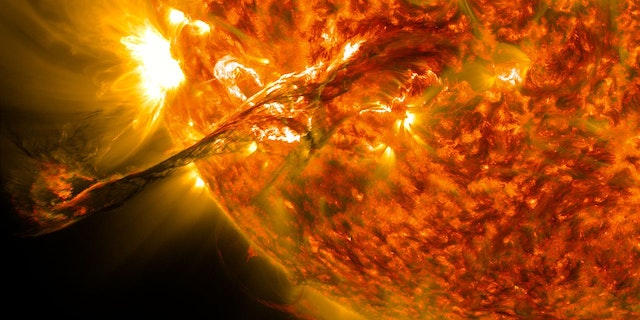