US Republicans had already zeroed in on Hunter Biden before the last presidential election, to no avail. But his new majority and a possible re-election of the president next year, as well as that of his opponent Donald Trump, who lost in 2020, are spurring his efforts again. They are also gaining traction in the case of the President’s documents: several batches of government documents classified as confidential were found in Joe Biden’s former office and private residence.

The White House will try to downplay the case. But if the appointed special counsel discovers that the documents contain current, sensitive, or embarrassing secrets, Biden could be uncomfortable — Republicans will do what they can to make that happen.

As Republican Congressman James Comer said in November, before the allegations were made public: “The reason we are investigating Joe Biden is because we want to find out if the president and the White House, through the millions of dollars that his… received from our adversaries in China, Russia and Ukraine.” And: “The President’s involvement in the enrichment of his family is, in short, abuse at the highest level.” Accompanying the press conference, Republicans published a report of 31 interim report pages entitled “A Committed President”.

Controversial deals between Ukraine and China

Hunter Biden has long faced accusations of using his father’s political career to his advantage. The focus is on his business activities in Ukraine and China – dating back to when his father was Barack Obama’s Vice President (2009 to 2017). After Russia’s annexation of Crimea in 2014, Obama entrusted Biden with Ukraine’s agendas. At about the same time, his son became a member of the board of directors of the large Ukrainian gas producer Burisma. According to the Guardian, Hunter Biden earned over $50,000 a month there over a five-year period.

According to Senate Republicans, Hunter Biden’s position may have created a conflict of interest. Last year, more than 30 of them asked that a prosecutor be given the power to conduct an investigation into alleged “tax fraud, money laundering and foreign lobbying violations”. However, they could not present any evidence that US policy had been influenced or that Joe Biden himself had gotten rich or done favors.

Hunter Biden’s work in Ukraine had already caused an uproar: As it became known through a CIA whistleblower, Trump urged Ukrainian President Volodymyr Zelenskyy in a July 2019 phone call to launch corruption investigations against Biden. Trump was later accused of tying US military aid to that “request”. After it became known, impeachment proceedings were initiated against Trump, but it was rejected by Republicans in Congress. 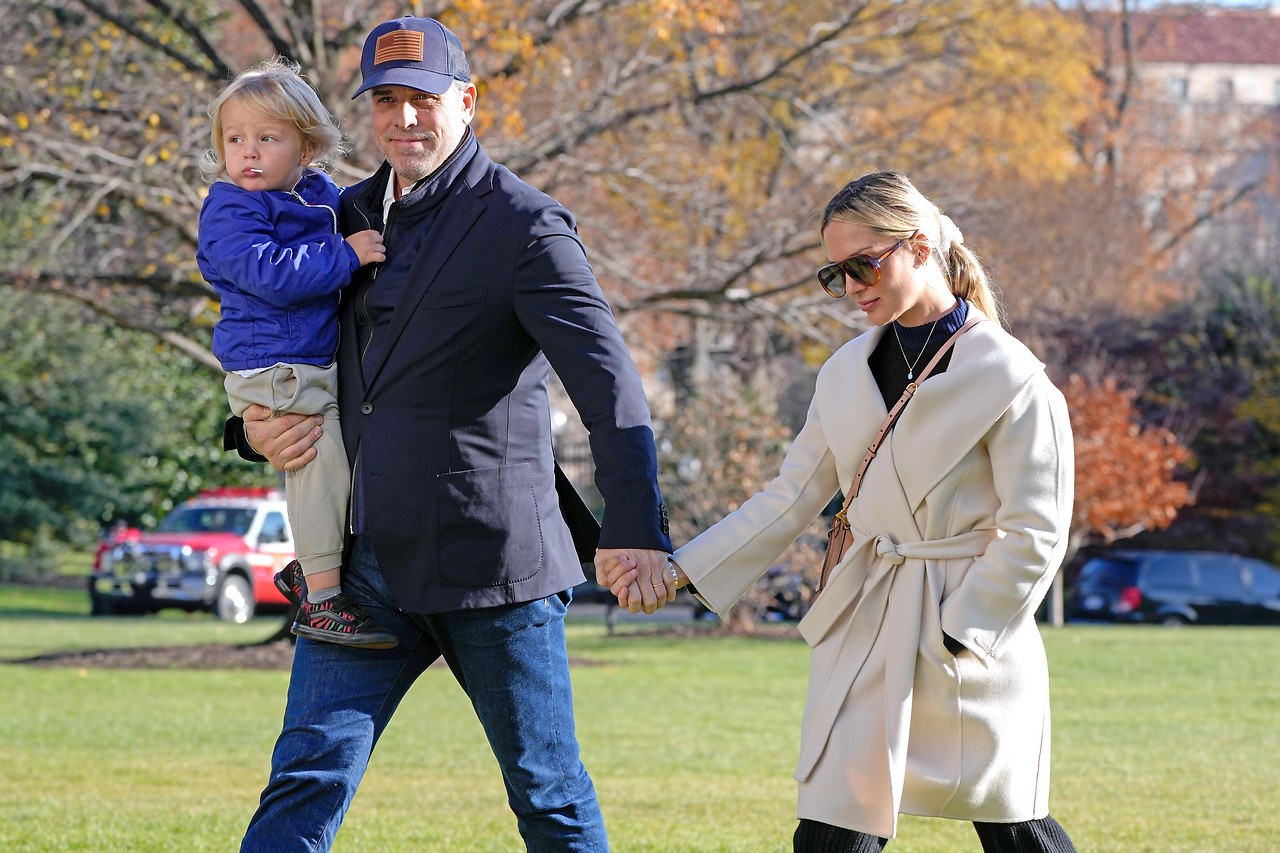 Laptop with lots of explosives

Hunter Biden also received advisory money from China when his father was still vice president. Above all, however, an agreement after his term is controversial: in August 2017, the son of Joe Biden and his uncle Jim Biden entered into a cooperation with the energy and financial conglomerate CEFC China Energy, which mainly involved investments in the production of liquids natural gas in Louisiana should have. At the time, the Bidens were paid $4.8 million (€4.5 million) for his services. Hunter Biden ended his overseas service when his father ran for president.

The confusion around him received additional bursts of data from his laptop. In April 2019, Hunter Biden allegedly brought it to Delaware for repairs but never picked it up. The owner of the computer store, a supporter of then-President of the United States Donald Trump, finally turned the laptop over to the FBI in December 2019 and requested an investigation into the contents. He had already made two copies of the hard drive, one of which reached Trump’s lawyer, Rudy Giuliani, in September 2020.

The hard drive contained 217 gigabytes of data, including 130,000 text messages, 154,000 emails, more than 2,000 photos and more than 1,000 videos, Canadian newspaper La Presse recently wrote in French. The conservative tabloid “New York Post” published an article about “secret Biden emails” shortly before the 2020 presidential election. Since they did not have independent access to the data, reputable US newspapers were suspicious of the story, and Twitter and Facebook restricted release of the story for fear of targeted misinformation.

Once again, it found food for US Republicans. In their November interim report, they noted, “The Hunter Biden laptop story is the best example of how partisan behavior by tech companies can benefit Democratic candidates and affect election outcomes.” “Twitter Files” intended to show how the “suppression of freedom of expression” worked before the presidential election.

Musk made internal emails available to journalist Matt Taibbi to investigate the background. Results were meager, as then-Twitter boss Jack Dorsey described his company’s reaction as wrong in the immediate aftermath of the laptop case, following much criticism. The block was soon lifted, and Twitter publicly apologized for the misjudgment.

Former Twitter executive Yoel Roth, who has attended regular meetings of top US law enforcement agencies, also said it was a “mistake” to censor the New York Post story. Alleged misinformation threats and hacking threats in the run-up to the presidential election led to the decision. 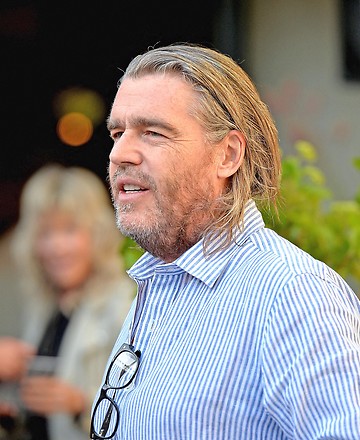 American Democrats are arming themselves

Meanwhile, according to The Washington Post, the Biden camp is already vigorously preparing to defend the president’s son against the expected Republican onslaught — albeit without a unified strategy. For example, Kevin Morris, Hunter Biden’s friend and lawyer, advocates more aggressive action and defamation suits against well-known critics.

Morris, a Hollywood lawyer and novelist who has worked with celebrity clients and the creators of the TV series South Park, became friends with Hunter Biden in 2019, when the president’s son was recovering from what he says is a serious addiction to alcohol. drugs. He reportedly settled an alleged $2 million tax debt to Biden — which is the subject of investigations.

Others argue that Hunter Biden and Morris should stay out of the spotlight so Democrats can focus on portraying the Republican investigation as purely partisan. “No one thinks this strategy of putting Hunter Biden front and center is wise,” a Democrat involved in the effort told the Washington Post. “Neither does the White House.”

The president’s son is also threatened by adversities from other quarters. Federal authorities have been investigating him for tax evasion and false reporting for some time. When buying a gun in 2018, Biden Junior would have hidden his drug use. For years, he struggled with serious addiction issues, including cocaine and crack cocaine.

That’s what Hunter’s 2021 memoir Beautiful Things is all about. In it, he writes, for example: “I bought pot on the streets of Washington, I cooked crack in a hotel in Los Angeles, and I couldn’t walk fifty meters from the liquor store to my apartment without popping the bottle in the street.” Hunter’s mother and sister were killed in a car accident when he was two years old. Both he and his older brother Beau were injured. Beau Biden, then Delaware’s attorney general, died of a brain tumor in 2015.

Biden’s coming to terms with his battle with alcoholism and substance abuse has also earned him sympathy. David Brock, a journalist, Democratic activist and chairman of Facts First USA, a new group opposing the Congressional investigation, believes that a planned Republican attack on Hunter Biden could backfire.

“Suing someone who is addicted and has mental health issues is a sadistic policy and I don’t think it rubs off on the American people,” he told the Guardian. “The hunter-hating narrative has been circulating for three years. It really hasn’t gained traction outside of the far right, and I don’t think it ever will.”

Also criticized as an artist

But even Hunter Biden’s new career as an artist has drawn criticism. The opening of his second solo exhibition took place in December, the price of the most expensive painting was set at $225,000. Biden is represented by the Georges Berges Gallery in New York, which reportedly reached an agreement with the White House to price the artworks and not reveal who bid on or bought them. And so Hunter Biden has to be accused again of using his father’s name to make a career.