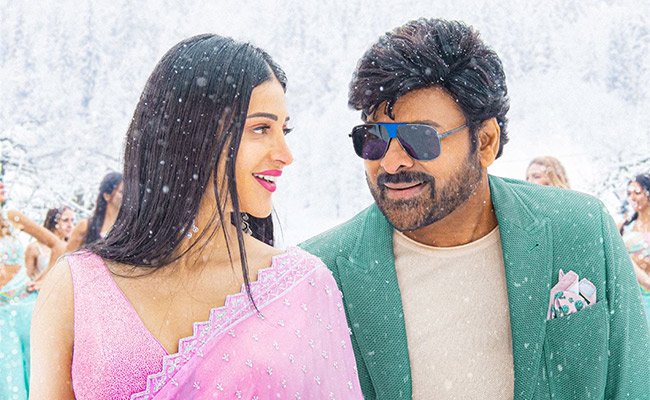 Chiranjeevi has done it again. His star power and charisma remain unaffected. The megastar’s film dominated the box office in the United States.

“Waltair Veerayya” starring Chiranjeevi attracted many viewers. The film’s domestic success can be attributed to the festival season.

However, there is no festival season in the United States. Nevertheless, it became a huge blockbuster. The film grossed $1.7 million (plus premiere shows) in three days.

“Waltair Veerayya” will also surpass the 2 million dollar mark in a few days. Monday is also a federal holiday in the United States. It’s a real box office hit. Chiranjeevi made it a success, although the content is pretty average.

Balakrishna’s “Veera Simha Reddy” stunned everyone with its huge number of premiere shows thanks to bulk booking by a community.

However, the film was not as successful as the Tamil films “Thunivu” and “Varisu” after it. The other days were bad. Nonetheless, the film surpassed the $1 million mark, largely due to the massive number of premieres.

Thalapathy Vijay’s “Varisu” also did well. To date, the film has garnered a collection of over $900,000. However, to break even, the film needs to earn $1.6 million.