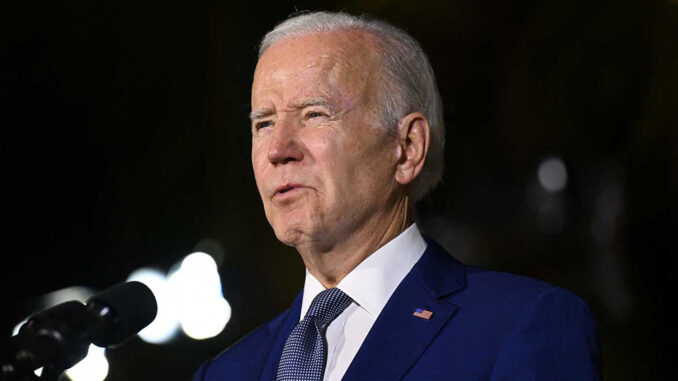 According to the Portal-Ipsos poll, that figure is close to the historic minimum the president had in May and June, which was 36 percent popularity.

The change has been notable since earlier this month, when the approval rating peaked at 44.1 percent.

The poll was conducted days after CBS broke the news that documents had been found in an office Biden used in Washington after he ended the vice presidency in the Barack Obama administration and the 2020 presidential election.

Then, over the past week, two more stacks of documents turned up at Biden’s Wilmington home.

White House officials say they cannot release much information about the documents and their contents due to an ongoing Justice Department investigation.

Biden said last week he was surprised to find the papers in his old office and didn’t know what was inside.

The fact that these classified documents were not in the possession of the archives has been criticized by Republicans as former President Donald Trump (2017-2021) is under investigation for placing numerous classified writings on his property upon leaving the White House.

Under the Presidential Records Law, upon their removal from office, the President and Vice President must turn documentation over to the National Archives for safekeeping.