In the Yasmín Esquivel case, everything is clear: the minister plagiarized her 1987 thesis from a student who had submitted it a year before her, and did so with the help of both students’ advisor, Martha Rodríguez. This was accredited by the National Autonomous University of Mexico (UNAM) after extensive investigations and the teacher was therefore fired on Wednesday. However, the country’s main educational institution reiterates that it does not have the tools to invalidate the judge’s title, although plagiarism is beyond doubt, as emphasized by Rector Enrique Graue. UNAM issued the degree, yes, but the university’s Advocate General assures that they cannot take it away. An interpretation not shared by a large part of the university community, which sees the reputational crisis in which the institution finds itself exacerbated if no action is taken. As the trial house stagnates, Esquivel, who refuses to step down, continues to shove before the Nation’s Supreme Court (SCJN) as if the scandal never erupted.

When the Academic and Scientific Integrity Committee in charge of the case completed its analysis, there were sighs of relief. After 20 days of investigation, the university concluded that Esquivel’s work “was a substantial copy of the original submitted in 1986 by a former law school student [Edgar Ulises Báez]“. Moments later, the rector highlighted the conclusion and dropped a pitcher of cold water: Nothing could be done to sanction it.

On the one hand, there is no express provision in higher education law that allows degrees that have been awarded to be declared invalid. Plagiarism and its possible consequences are not classified either. “The degree cannot be annulled because we don’t see any misdemeanor if a student uses someone else’s work,” said Attorney General Enrique Sánchez Castañeda in an interview. “There’s a totally explainable regulatory vacuum because we don’t expect a breach to happen,” he added. 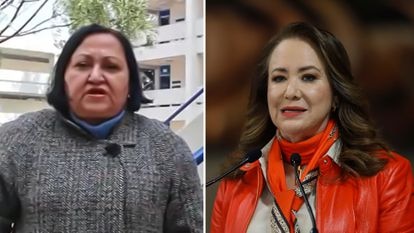 The university published a guide in 2018 entitled Plagiarism and Ethics, which states: “Although documents have been issued on the subject, there is no specific section at UNAM that regulates the legal consequences of plagiarism precisely.” This guide highlights some Articles of the Organic Law, the General Statutes, the Regulations of the University Court and the Honors Commission on which the Attorney General relied to open disciplinary proceedings. These are carried out before the university court because “plagiarism is equivalent to a serious breach of duty”.

However, the guide points out shortcomings of its own: “It is convenient to say that the criteria for interpretation only include academic staff and therefore leave a regulatory vacuum in relation to plagiarism committed by students.” To this limitation is added another: more than 30 years ago years Esquivel stopped being a student.

Faced with this situation, explains Pedro Salazar, former director of the UNAM Legal Research Institute, there are two interpretations: the most formalistic, adopted by the Attorney General, and a more comprehensive one, requested by part of the university community. “We are caught in a disagreement over how we understand the law. A very strict vision states that the UNAM has no explicit authority to withdraw a degree and, for the same reason, simply and simply cannot do so. This way of interpreting says that nothing else can be done than create a preventive and sanctioning mechanism for the future,” explains the researcher.

And he adds: “There is another concept, also legal, which states that the university can decide on the nullity of the title in the event of proven plagiarism. Although the event happened in 1987 because the person was still a student at the time. So it can be imputable before the university court, because although we know it to this day, the titling procedure was carried out without fulfilling all the requirements: the work was not self-written or original. The award of the title was therefore incorrect.” 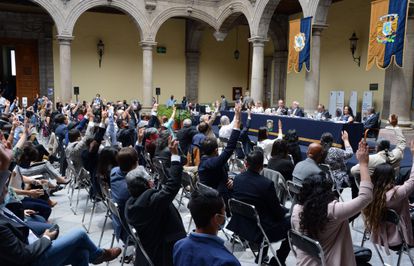 This last opinion is also shared by the lawyer Vanessa Romero, who refers, for example, to Article 97 of the UNAM General Statute, which states that students have committed an act contrary to the university’s regulations if “they have fraudulently given or received assistance to the tests”. The Code of ethics within the university also states that “acknowledgment of intellectual authorship must be made in all academic or professional evaluations”.

A decision by the UNAM authorities would be sufficient to trigger this. Some voices suggest the intervention of the university council, the body with the highest collegial authority and decision-making power, for cases not expressly included in the ordinance. “Others point out that neither the court nor the council is necessary, but that it is a decision within the governing bodies of the university: the title is invalid,” adds Salazar.

Although Esquivel’s case is unique, particularly because of the power held by the minister as one of the country’s most important judges, there used to be records of sanctioned plagiarism within the university. An example of this is the dismissal of counselor Martha Rodríguez for “lack of probity or sincerity in carrying out her work as a researcher and thesis supervisor at the university”. Both Romero and Salazar say the sacking of Rodríguez is insufficient to solve the problem. “The snowball cannot be stopped with this movement,” says the lawyer.

Other solutions outside of UNAM

All experts agree that the simplest solution would be for the minister to resign. But Esquivel has already said he won’t be stepping down because he believes his career is “impeccable”: “I have no regrets.” That opens up other options through political or administrative channels, explains lawyer Vanessa Romero. The first would be the so-called political trial, which can be carried out by the Chamber of Deputies against a list of civil servants, including the ministers of the SCJN, in order to disqualify them. This path has already started this Thursday, following the request submitted to the Chamber by Senator Germán Martínez of the Plural Group. However, the route should have little to do, because Morena, who is counting on the Supreme Court in Esquivel, has a majority of MPs. 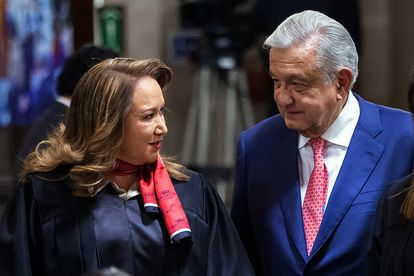 Romero opens up another option: consider the granting of the Esquivel title as an administrative act that could be annulled. “The first article of the UNAM Statute indicates that it is a decentralized body, therefore the Administrative Procedures Law applies to it. Thus, any action taken by this body is an administrative act, such as conferring the title. This law is flawed because the dissertation was not original and did not correspond to the aim of demonstrating knowledge as provided for by the 1987 law,” explains the lawyer, who points out that Article 3 of the same law states the consequences of skipping the need. So this procedure can begin, Romero points out that anyone who has been affected by any of the matters signed by Esquivel in recent years in the plenary session or in the second room of the SCJN should consider that “esquivel’s actions have harmed him” and would thus have the “right to go to authority”.

Regarding the statute of limitations for the crime, Romero points out that the Administrative Procedures Code, in its article 79, considers the possibility that it is a matter of a continuing violation that could be applied in this case: “Because every time they as a minister passes a resolution, she exercises his title”. The lawyer concedes that “things are not so clear” but it would take “a little more courage” to settle the matter. Meanwhile, UNAM’s paralysis is leaving a trail of consequences in Latin America’s most important university, while forcing an open focus on the Supreme Court.