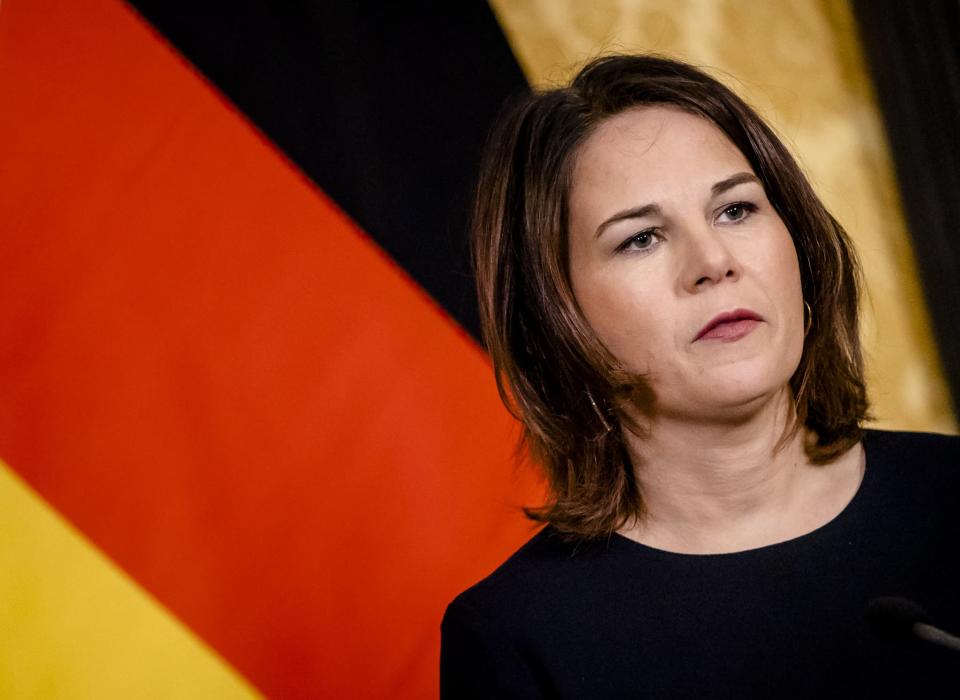 Germany’s foreign minister on Monday backed the creation of a special tribunal to prosecute Russian leaders over the invasion of Ukraine, as Moscow faces fresh war crimes charges over an attack on Ukraine’s Dnipro River.

Annalena Baerbock, during a speech in The Hague, called for a “new format” of the court to “try Russian leaders”, possibly using Ukrainian law but with foreign seats and international judges.

“A war of aggression will not go unpunished”

The ICC is investigating alleged war crimes and crimes against humanity in Ukraine. But it doesn’t have jurisdiction over Russia’s “crimes of aggression” because Moscow didn’t sign the founding treaty of Rome.

Since the beginning of the invasion, there have been calls for the creation of a tribunal to try Russia’s crimes of aggression against Ukraine.

“We must send a clear message to the Russian leadership here and now that aggressive war will not go unpunished,” said Annalena Baerbock of the Hague Academy of International Law.

“It is important for us to have an international component, for example a location outside of Ukraine, with financial support from partners and with international prosecutors and judges,” she continued. “It would be a new format,” she added.

Call for amendment of the Statute of the International Criminal Court

The head of German diplomacy then said that she had discussed a “special solution” with Ukraine and other allies, which her responsibility “could derive from Ukrainian criminal law”.

Annalena Baerbock has also called for changes to the statute of the International Criminal Court, which sits in The Hague, so that it can eventually try Russian officials for aggression.

The only other way currently is through a UN Security Council resolution, which would be vetoed by Moscow, which has a permanent seat there.

At a joint conference in The Hague, Annalena Baerbock and her Dutch counterpart Wopke Hoekstra also denounced the kidnapping of “tens of thousands of Ukrainian children” by Russia and promised to bring these crimes to light. Annalena Baerbock promised to bring the issue before the Human Rights Council in Geneva and stressed that new EU sanctions against those responsible would be considered.

“As with all these crimes, these are heinous crimes,” added Wopke Hoekstra.

Germany’s appeal comes as EU officials condemned Saturday’s Russian attack on a residential building in Ukraine’s Dnipro, which killed at least 40 people, including children, calling it a “war crime”. The Kremlin denied any responsibility for the strike. However, Berlin and The Hague dodged Ukraine’s appeal to its allies to supply Leopard main battle tanks, which Berlin has so far refused to support.

“Of course we are talking about tanks. We will continue to see what is possible with our partners,” said Wopke Hoekstra, whose country sold most of its Leopards a decade ago but now operates a joint battalion with Germany.