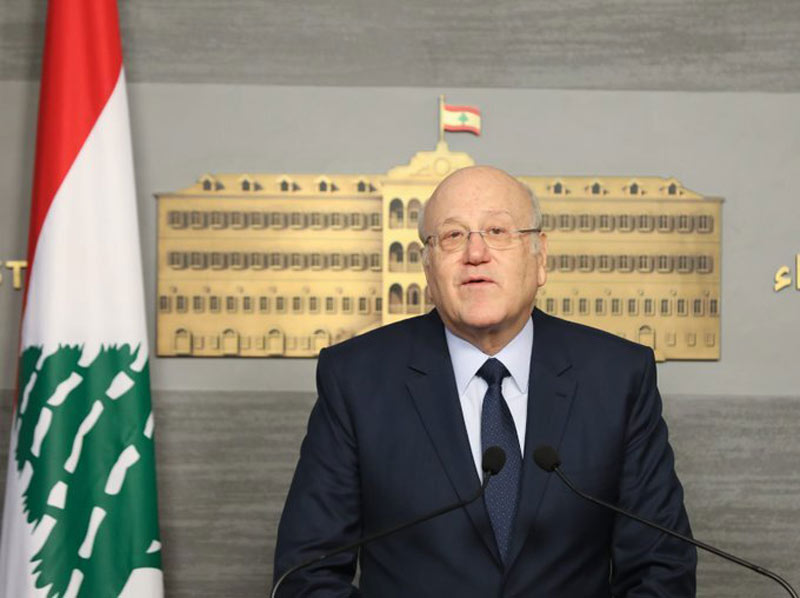 At the first meeting of the year, the Council of Ministers agreed to also provide the amount of 54 million dollars for the maintenance and operation of the Zahrani and Deir Ammar power plants.

Those present urged the head of the energy department to negotiate with the delivery company to avoid penalties after fuel vessels were present for more than 20 days without being able to unload on Lebanese soil due to a lack of funding.

On that occasion, ministers agreed to resume the debate next week to address vital issues for citizens, such as problems in the education sector, health, waste and imports of wheat and flour.

Entering the meeting, Interim Prime Minister Najib Miqati declared that people’s demands do not await encouragement or political bets from anyone, and “Today’s session, like the previous one, is more than urgent,” he stressed.

The Cabinet chief dismissed attempts to rig the call for sectarian ends, but ensured Wednesday’s meeting was a response to a national duty with constitutional, moral and legal responsibilities to meet the Lebanese’s electricity needs.

Miqati used the session to call for a consensus to elect a President of the Republic capable of uniting the Lebanese given the complex economic, financial and living conditions.

“Cabinet meets to serve the citizens and I am interested in unity and the atmosphere was very comfortable,” he said.

According to local reports, outside the Grand Serial (government palace), formal education teachers staged a sit-in to demand their rights, better salaries and proper transportation and hospital allowances.

The ministerial meeting marked the second cabinet meeting in a power vacuum following the end of Michel Aoun’s term on October 31.

The Lebanese government has been working on an interim basis since the May 2022 parliamentary elections, without being able to form a new cabinet following Najib Miqati’s re-election as prime minister in June.