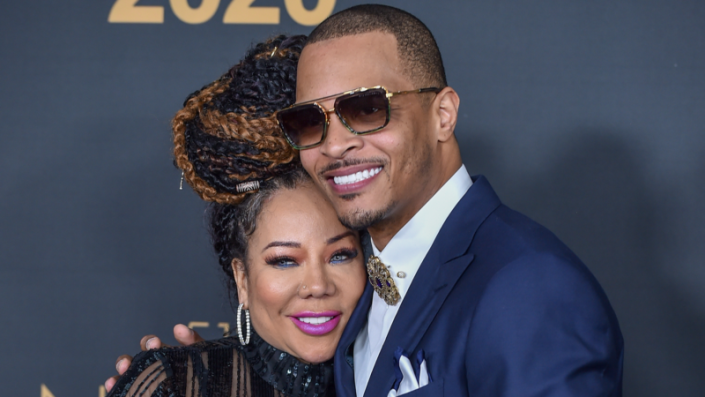 The Grand Hustle family seek economic justice after finding out the LOL Surprise! Dolls made by MGA Entertainment made millions of dollars with the alleged likelihood of their former girl group OMG Girlz. TI and Tiny Harris formed the pre-teen girl group in 2009 with their daughter Zonnique Pullins (Miss Star) and friends Bahja Rodriguez (Miss Beauty and Breaunna Womack (Miss Babydoll).

According to Forbes, in April 2022, during an interview with the outlet, Tiny recalled spotting the resemblance between the girl group and the LOL surprise! dolls.

“I was asked by someone if OMG Girlz had any dolls in the store. I said no and immediately started looking into it and researching the company,” Tiny told Forbes. “I realized that the created LOL Surprise! Dolls had an identical look to the OMG Girlz. I couldn’t believe dolls were made in her likeness and I didn’t know it.”

“I noticed the dolls’ outfits, so I knew they violated our brand. One outfit in particular caught my eye because I personally designed the outfit for the OMG Girlz tour,” she added. “It wasn’t something I bought in a store. So that their doll could wear just the right outfit, I knew they stole it.”

According to Yahoo, the opposing attorney representing toymaker MGA is Jennifer Keller. Keller’s opening argument states that both TI and Tiny “have no legitimate claim to any profits from MGA Entertainment’s LOL surprise line! OMG” Her second statement alleges that the Harris’s are trying to blackmail the toy company with “fabricated claims”.

“In this case, it’s about greed. It’s all about this. It’s a shakedown,” Keller said in her first speech to the jury. “[They]want tens of millions of dollars from MGA Entertainment because they’ve done absolutely nothing, and I mean nothing. We’re going to show you that the OMG Girlz actually copied us and now we’re complaining that we look like them,” she said.

“They were trend followers, not trendsetters,” concluded Keller.

According to Rolling Stone, Keller argues that the dolls marketed by MGA are consistent with his popular Bratz line of 2005 and claims the girl group’s name was derived from Bratz.

“They brought down the house and their social media exploded after that, and the OMG Girlz became and remain highly relevant,” Scheper said.

The probability argument is her strongest claim since Tiny saw photos of the OMG Dolls and saw clear similarities in hair color combinations, haircuts, and the outfits she designed.

“Now someone watched that reunion. And that someone, we don’t know who, worked at MGA Entertainment. You’ll see that the outfits worn by the OMG Girlz at that New Year’s event in Atlanta later translated into dolls that[MGA founder]Isaac Larian and MGA make millions of dollars from,” Scheper said.

Scheper showed the judges a photo of OMG Girlz member Rodriguez’s half-pink, half-black hairdo from a previous look and likened it to a “LOL surprise! OMG” doll with a similar hairstyle released in 2019.

“That’s one of the most distinctive borrowings,” Scheper told the jury.

According to Rolling Stone, Scheper also used a Dec. 31, 2019 chain of emails as evidence to support his claims of confusion between OMG Girlz and OMG Dolls.

“Hahaha!!” read the internal email, which was forwarded to an MGA designer with the subject line “OMG Doll in Music Video.” “I think they’re talking about OMG Girlz, not OMG dolls.”

Scheper believes the email thread “proves evidence of actual knowledge that confusion reigns just two months after the launch of the puppets.”

“None of our dolls are based on the OMG Girlz. We would never design and market children’s toys based on the OMG Girlz and Hussle parties, the Harris family they are associated with. It’s not a family that most people want their children to emulate. And you’ll see why that’s presented in evidence during this trial,” Keller said.

According to Rolling Stone, Scheper will ask consumers of the dolls and fans of the girl group to attest to their confusion between the two brands when purchasing the dolls.

“We were initially excited because the LOL Dolls are a big deal and thought maybe we could work something out. I sat down with my attorney and decided to send a cease and desist letter,” Tiny told Forbes. “They immediately sued me. They didn’t answer or tried to sit down and talk. So I sued against it.”

TI and Tiny will be called as witnesses during the upcoming trial, as will MGA founder Larian.