Abandoned 20 years ago, the building still houses more than 100 containers, each filled with 12,000 liters of a black liquid, a mixture of capelin and pineapple juice that is constantly fermenting.

Several tanks have collapsed over the years. These days the floor is covered in this lazy Vietnamese sauce.

— A quote from Muriel Whelan, resident of St. Mary’s, Newfoundland Several tanks have collapsed since the factory closed two decades ago. A thick liquid, a mixture of capelin and pineapple juice, now covers the floor of the building.

For now, the sauce is frozen, but according to l’Acadienne, towards the end of summer, after months of thawing and fermenting, the smell becomes unbearable.

Too bad, sighs the man who lives a few hundred meters from the factory. 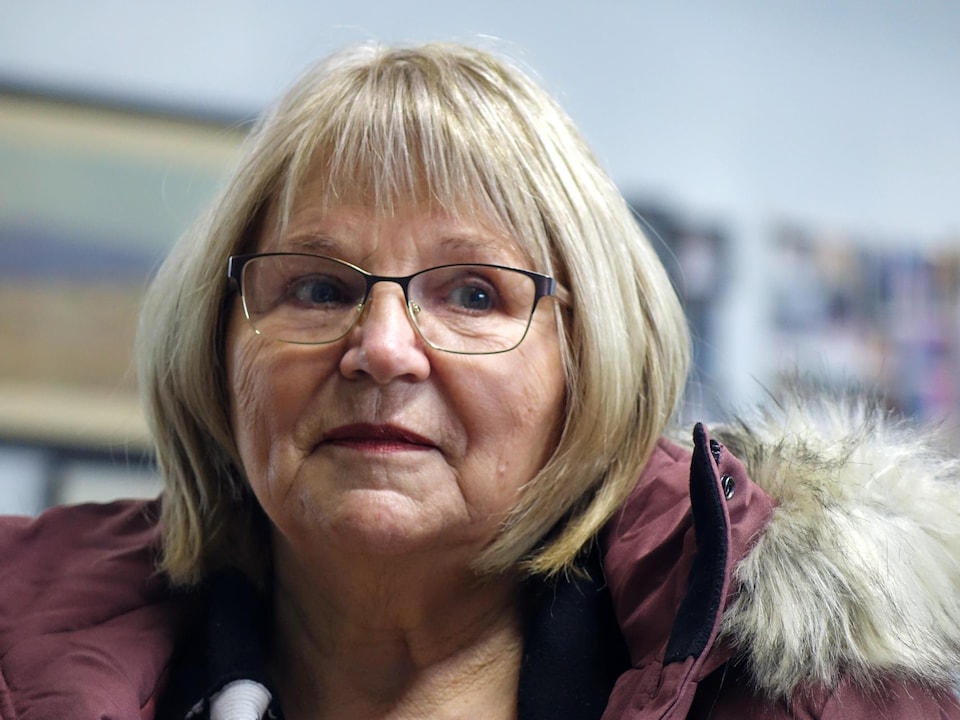 Muriel Whelan has lived in St Mary’s since 1975. The smell of the factory is unbearable, says one, who says she’s waited too long for a solution.

His neighbor Juliette Lee no longer uses her grill and never opens her windows in the summer. I’ve always told myself this gas is toxic, says the grandmother, who gave her grandchildren N95 masks long before the COVID-19 pandemic.

The Vietnamese factory owner hasn’t been to Newfoundland in two decades. The company that owned the facility, Atlantic Seafood Sauce Co, was wound up in 2006.

When it was discovered in 2016 that an unknown amount of sauce had spilled into the sea, drains were blocked, but no one has worked on them since.

Although the 300 residents of St. Mary’s, a village in the east of the island, have feared the sewage’s impact on their health and the environment for years, provincial and federal governments have decided not to clean it up. .

This is despite tests conducted six years ago by Environment Canada that found the plant’s effluent to be highly toxic. The old fish sauce factory in St. Mary’s, Newfoundland is falling into disrepair. It was abandoned by its owner two decades ago.

Emails obtained by Radio-Canada/CBC show that analysts at the Federal Environment Department put fish in a sample of the rotten sauce. All of the fish died in just minutes, according to documents citing the acute lethality of the sewage.

FYI, your fish will be dead in 15 minutes. There is very little oxygen, the federal toxicologist who analyzed the sauce wrote in November 2016.

St. Mary’s Mayor Steve Ryan had no idea these tests had been conducted. He feels left in the dark by Environment Canada and regrets the lack of transparency with local residents. Steve Ryan stands in front of the old factory. He is the mayor of St. Mary’s, a community of 300 people on southern Avalon Peninsula, Newfoundland.

Nobody wants to take responsibility, says Steve Ryan, pointing out that the facility, whose roof is collapsing, could soon collapse into the sea due to coastal erosion, the building is only a meter or two from the beach.

The product leaks from the tanks and can soon seep into the foundations. Look at the condition of the building, it is deplorable, launches the Mayor of St. Mary’s.

Juliette Lee remembers that there is a school about 500 meters from the old factory.

“If it can kill fish, imagine what it does to the people who live here! »

— A quote from Juliette Lee

Who is funding the cleanup?

While the Newfoundland and Labrador government approved a cleanup plan in 2016 and again last August, the province and Ottawa have never announced funding to clean up the site.

Authorities only intervened when a private company attempted to reuse some of the factory’s trash cans, dumping tens of thousands of liters of gravy.

Steve Ryan recalls that his community does not have the funds to pay for the cleaning of the factory, which opened in the early 1990s. Juliette Lee lives a few hundred meters from the old factory. She believes her house is worthless because of the pungent smell.

A provincial spokeswoman said she had already turned down applications for funding from the municipality because they did not meet the programming criteria offered by the government.

Avalon Assemblyman Ken McDonald says he has been aware of the situation since 2016. He said he asked the Federal Environment Ministry to check whether the wastewater from the abandoned mill posed any health risks for the local population.

“I was told there was nothing to worry about. I think someone failed their job and caused distress to the people of St. Mary’s. »

— A quote from Ken McDonald, MP in Avalon

By reading the documents Radio-Canada received under the Access to Information Act, Ken McDonald believes the federal government needs to go over there and clean up the site.

He promises talks on the subject with Environment Secretary Steven Guilbeault. Several tons collapsed. At the moment the ground is covered with a mixture of capelin and pineapple juice that has been fermenting for two decades.

Environment Canada did not respond to questions about non-disclosure of the results of analyzes conducted in 2016.

In a statement, spokeswoman Nicole Allen said the department then issued a directive under the Fisheries Act to stop the discharge of pollutants into waters frequented by fish and conducted a follow-up inspection to confirm it was complying with the directive would.

Muriel Whelan says she’s waited too long for a solution. She claims her house is worth nothing since the factory gave up and the smell of rotten sauce hit the house.

The world says it’s nothing but two families [habitant à côté de l’usine]. It’s not just two families. We have children, we have our grandchildren who come to visit us and say, mum and dad, how do you manage to stay here? We have no choice!

With information from CBC’s Rob Antle and Jen White