A woman has expressed her shock after seeing her mother-in-law sitting next to her in an old photograph taken a year before she met her husband.

Jeni Lawson, 31, of Comanche, Oklahoma, rediscovered a photo she took of her then-five-year-old son Brayden at a monster truck show in 2018.

She was shocked to see her current mother-in-law, Marilyn Lawson, 51, sitting right next to them.

Jeni Lawson, 31, of Comanche, Oklahoma, rediscovered a photo she took of her then-five-year-old son Brayden at a monster truck show in 2018. Her mother-in-law Marilyn Lawson, 51, sat next to the child , but the women had not yet met, and Jeni did not meet her husband Cameron until a year later

Neither Jeni nor her mother-in-law recognized each other when they first met.

It wasn’t until recently, upon stumbling upon the snap, that they revealed they’d met before — and even had an in-depth conversation at the show.

While there with her eldest son from a previous relationship, Jenni snapped a picture – unknowingly capturing her future mother-in-law in the seat next to him.

The photo was forgotten until it surfaced as a Facebook reminder in late 2020 and Jeni was shocked to see her husband’s mother there. 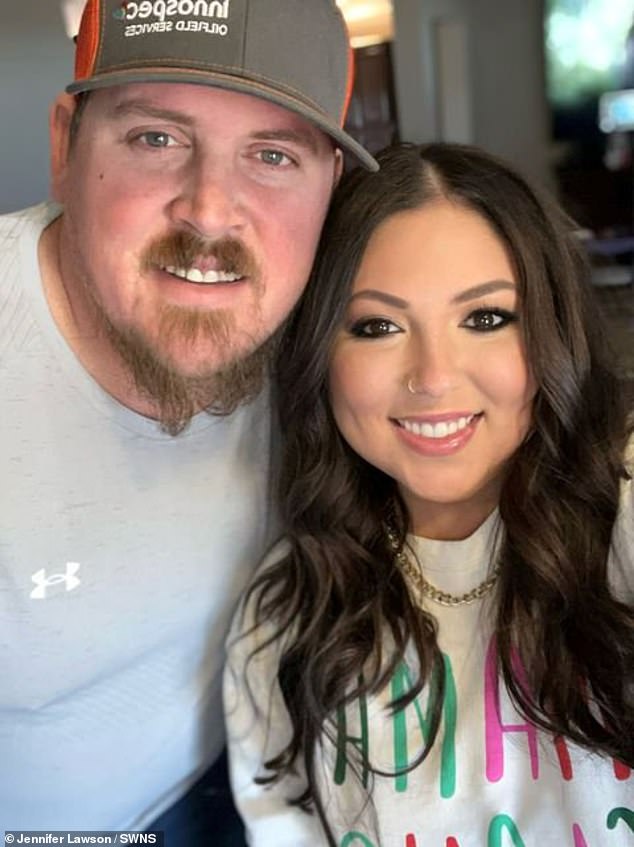 Jeni met Cameron in 2019 and eventually his mother. She was shocked when the picture she unknowingly took of Marilyn in 2018 resurfaced in late 2020

Jeni, a stay-at-home mom, said, “I lived in Cache, Oklahoma, and I took my son to a monster truck show about 45 minutes away in Duncan, Oklahoma.

“My son was five at the time and we were pretty late, so there were a lot of people and all the seats were taken.

“There was a bottleneck and the woman who was sitting there who is now my mother-in-law had a child who is actually my husband’s sister’s son.

“She waved us over and said, ‘Sit here and I’ll put him on my lap.’ We talked a bit, neither of us can remember what exactly. 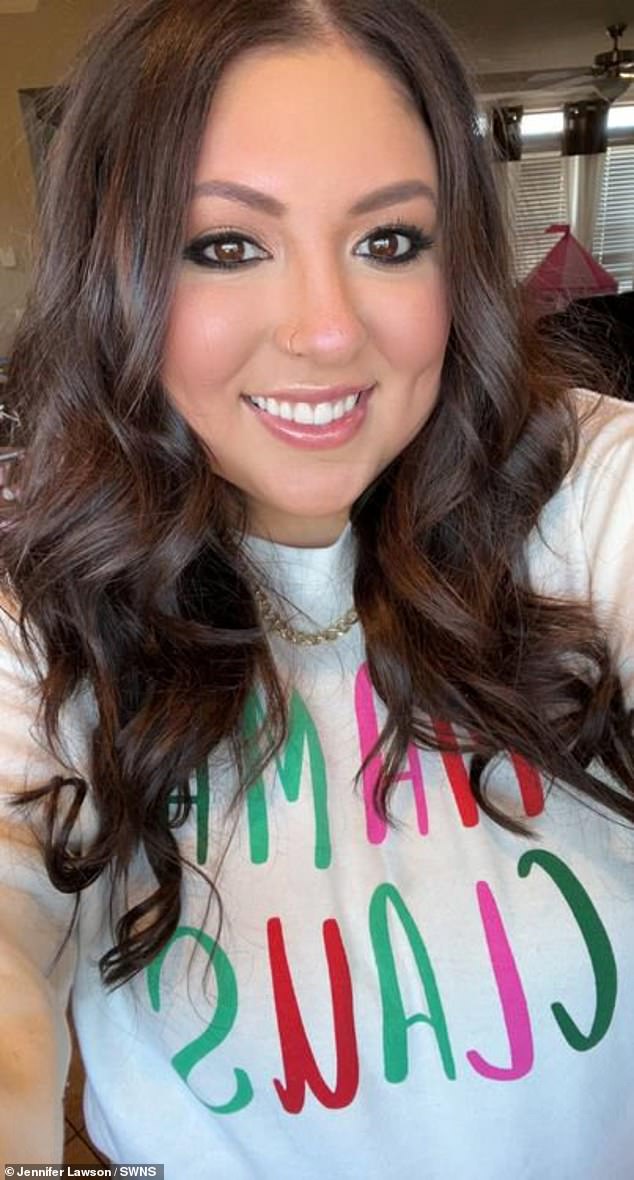 “I remember her grandson dropping his toy monster truck and I picking it up – it was really just small talk, it was packed and very loud.

“I took some photos of my son and fast forwarded to 2020, it popped up in my memories so I shared it and then saw the lady in the background was my mother-in-law.”

Jeni met Marilyn’s son Cameron, an oilfield worker, a year later in 2019 and the couple have since married and have two daughters together, Carter, two, and Kynnedi, one.

Neither Jeni nor her mother-in-law recognized each other when they met under different circumstances, but both remember being on the show.

Jeni said, “I sent the photo to my mother-in-law and she said, ‘That was us.’

“However, she was a total stranger to me when I first met her as Cameron’s mother.

“I definitely think it’s destiny. I know they say small town, small world, but I think it’s meant to be.’