In 2013, the horror and third-person action video game The Last of Us was released for the Play Station 3 console. It was an event in the digital world. Its gameplay was remarkable and supported in both combat and survival. The setting was superb, with the natural twist (of nature) it brought to the classic post-apocalyptic zombie story. There was just something sublime about its rhythm and the level of intimacy it achieved at certain moments, and the work didn’t break into the mainstream just because of one important limitation at the time: it was an interactive creation, played with a controller in Your hands have been played. As a video game it might not have been the best in the world precisely because it relied too much on its cinematographic part (video prevailed over the game) but precisely for that reason, for the depth, seriousness and care with which it conveys it treated history and its protagonists, it became a narrative artefact of the first order. That the viewer would receive an adaptation of The Last of Us was inevitable. The question was whether it would be done right.

Clearly, it’s well done. In fact, it turned out very well. And it’s well done for the simple reason that the adaptation is very faithful to the original. The casting is a success any way you look at it, with this Pedro Pascal carrying Joel on his shoulders (a success of the series is turning his character into someone much more wacky than the video game’s hero), all the pain into the world. With this, Bella Ramsey composes an Ellie with her own nuances and quirks. Obviously HBO knows how to do things: it knows how to anabolic the entire literary framework of the work, and modifying certain characters (Nick Offerman’s Bill, Nico Parker’s Sarah) to give them more depth and presence than they had in the game, but The narrative basis of the series is extremely faithful to the original, with certain shots being repeated to evoke in the viewer the sense of overwhelm and dim hope that they were already evoking in players in their day. 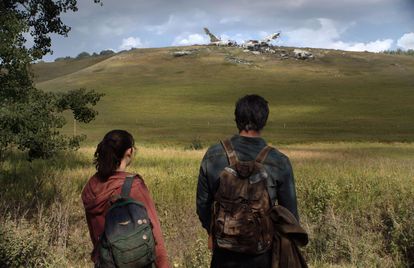 The Last of Us series aired on HBO

It’s worth remembering that behind the scenes alongside Craig Mazin (Chernobyl) is the director of the original game (2013) and its sequel (2020), Neil Druckmann himself. In other words, HBO went back to the original source to wrap its series in the same aesthetic sensibilities (the pastel tentacle-likeness of the parasitic fungus) and the same auditory sensibilities (Gustavo Santaolalla’s lost guitar) that already gave the game its specific flavor . Not to mention the artistic design, for example of the most characteristic enemies, the clickers, which are now becoming part of the global collective imagination. Mazin’s trademarks, for his part, are more cohesive and oppressive shots, resembling his previous (and extraordinary) Chernobyl, with which he also shares a certain menacing air of cosmic horror. Something is missing from the series, yes: the ubiquitous plot of the original is relegated to the background here, but that doesn’t stop it from offering certain adrenaline-pumping moments that act as the perfect counterpoint to what HBO wants to be at the core of this adaptation: character development and the storyline that shaped the game.

The Last of Us has what it takes to be not just a phenomenon, but a great series. And it also has a silver bullet in its chamber: a second season (a sequel to the game) that will further twist the moral and personal approaches of the 2013 game, elevating the narrative experience to a higher level and introducing almost new interesting characters than the ones already known. HBO need only repeat what it did with the 2013 game with a sequel to this first installment to spawn a cultural giant. 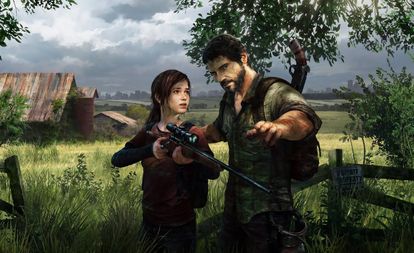 Image from the video game The Last of Us.

However, apart from what this series specifically implies, what it implies as a business move is almost more interesting; like a canary in the mine of audiovisual culture. In 2019, Japanese multinational Sony (the parent company behind the Play Station console) formed PlayStation Productions, a new video game adaptation company. It should be remembered that Sony isn’t exactly someone new to filmmaking, Sony Pictures is one of the biggest producers in the world, and if they wanted to create a division solely focused on video game adaptation, they’d want to create one very simple reason: the enormous potential they held at the time they became audiovisual products. That said, a far cry from the mediocre adjustments that the video gaming world has suffered from for the last several decades, Sony now wants to have creative control over the transmissions, they want to execute them with care and vigor. And products like the recent Uncharted movie, or the future Gran Turismo, or the upcoming God of War or Horizon series are embedded in that strategy. Also, of course, HBO’s The Last of Us. Leave the Sony universe and expect dozens of other films and series based on the world of video games that are about to be released, starting with the magnificent adaptation of Super Mario, which will hit theaters in March. All of this makes sense: at a time when comics are being used as a repository for stories and characters that go into the ¿big? Screen, video games are becoming a good source for drawing on the mythologies and characters that will define popular culture for the next 15 or 20 years. As a strategy, it is infallible considering the player base around the world (especially in the generations that are joining the consumption movement). And as the first knight of that stake, The Last of Us series is the best possible ambassador. The world of the HBO series has completely succumbed to the Cordyceps fungus. In the same way, real-world popular culture is about to succumb to digital culture.