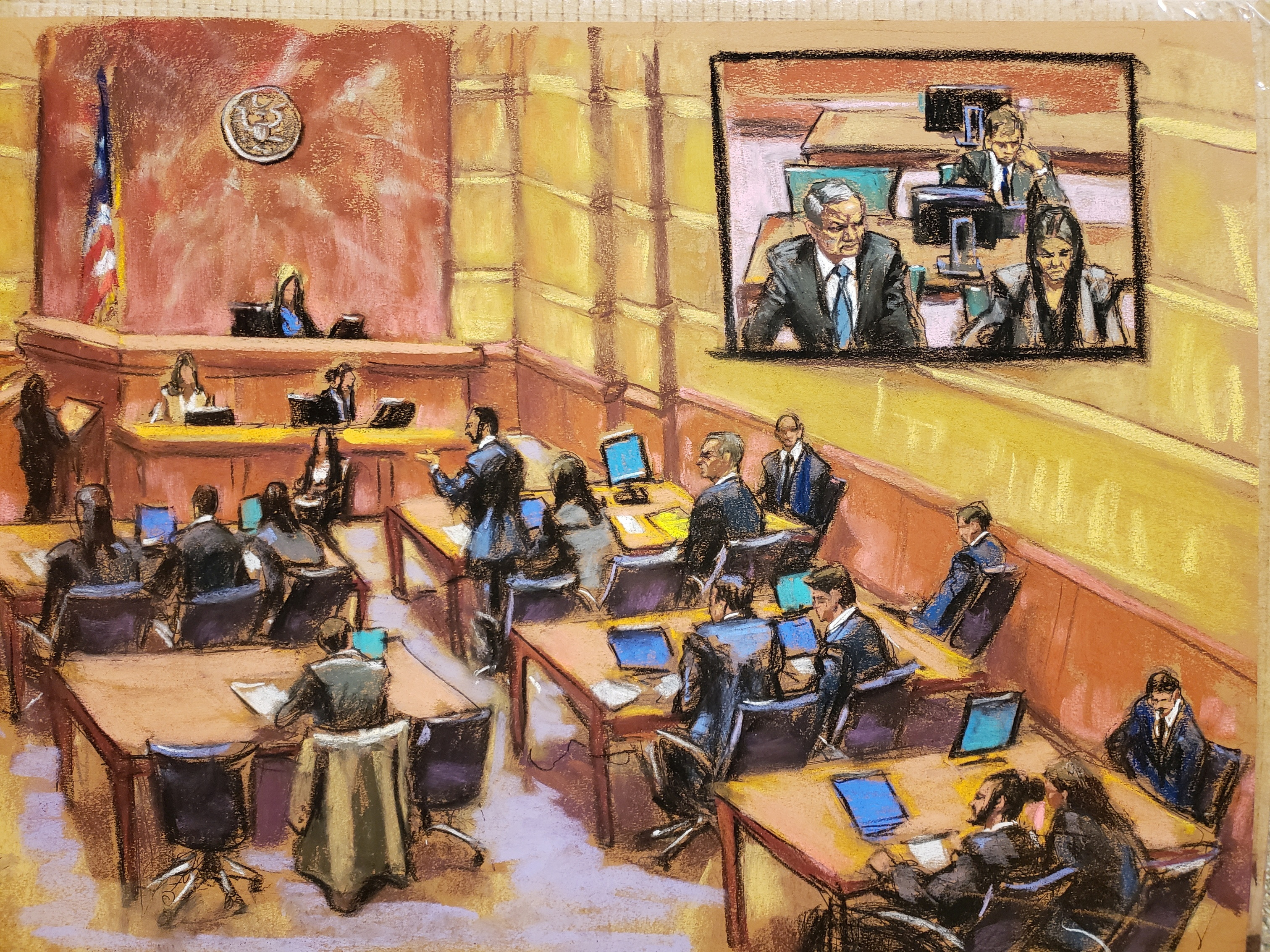 Seven women and five men will judge Genaro García Luna. The selection of the jury for the trial of the security minister in the government of Felipe Calderón was completed this Thursday after three consecutive days of interviews with more than a hundred candidates. The chosen 12 will ultimately decide whether the former Mexican official is guilty or innocent of the five charges against him in the United States: three for drug trafficking, one for organized crime and another for false testimony.

“Congratulations and thank you for your willingness to serve,” Peggy Kuo, the judge who led the selection process, told members. The identity of the jurors will not be released, although certain details were released during interviews in New York’s Eastern District Court. It is a diverse body in terms of age, ethnicity and socio-economic profiles. For example, there are several people with relatives in the security forces and others with relatives serving a sentence and being detained. Some are assertive, others are more shy or reserved. They also differ in their opinions and experiences on issues that permeate American society, and New York society in particular, such as the housing shortage, the legalization of drugs, or trust in the judiciary.

The defense was very adamant this week to know what the police candidates and other security forces agents were thinking, as well as that they were accused of crimes of corruption or drug trafficking. His client was the head of the Federal Police. Prosecutors placed more emphasis on figuring out how potential jurors would position themselves in the face of multiple cooperating witnesses being called to the witness stand, criminals willing to testify in exchange for reduced sentences. The list of prosecutors’ witnesses includes more than 70 names, and it appears that many of them are former drug lords who were arrested and imprisoned in the United States during the Calderón administration.

After a marathon of more than 20 hours of personal interviews, six deputies were chosen: three men and three women. Jury selection became a chess game between prosecution and defense. Both parties attempted to include as many profiles as possible among the 40 candidates entering the final phase who were most receptive to their arguments, and each side could veto three people who seemed too biased or biased.

The selection was a tedious process for everyone: the participating citizens, the protagonists who carried it out and the reporters who appeared in court. But it is also a crucial phase that can become true to the scale and that is not spared from a portion of drama in the final sprint. Paradoxically, the defendant’s attorneys and prosecutors must agree to produce a final list. For about an hour, the parties discussed their options separately, huddled at one end of the room and quietly negotiated while the silently waiting candidates looked on. The press room, on the other hand, roared only a corridor away.

García Luna looked thoughtful and a little worried. He remained seated in front of a court table, swiveling his chair so as not to turn his back on the people who would decide his fate, but he also avoided looking them in the eye. He put a pen in his mouth, rested his head on one of his hands and stared into space. Lawyers came and went, but he just waited and took a deep breath. It’s not that I didn’t understand the process. One of his legal representatives said in an informal conversation that he communicated with his client in English during the sessions. He exchanged a few words with them before the jury met. Above all, he was abstract.

Next Monday, the first arguments will begin before Judge Brian Cogan, the same who sentenced Joaquín El Chapo Guzmán in July 2019. It is a stage when the most eloquent attorneys of the prosecution and defense will present their arguments for the first time to the judge. You will try to move her, empathize with her and, if successful, begin to persuade her. The negotiation plan states that the hearings will take place from Monday to Thursday, with no sessions on Fridays and weekends.