People from across Peru have arrived in Lima over the past few hours to take part in a massive march. The protesters are calling for the resignation of President Dina Boluarte, despite the country being paralyzed by protests since she took office. Chaos has ensued. More than 50 people were killed in clashes with authorities, and video shows some were clearly killed. A carpenter, a midwife who gave up her job to be here, an informal worker and a student explain their reasons for attending the demonstration.

An outraged man originally from Puno 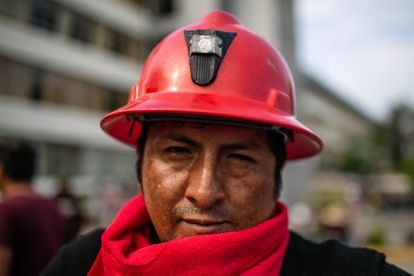 They denounce anyone who protests. Our fight is fair. How many murders are there? People are on fire. Who will not take revenge if they kill your son, nephew, brother? Yesterday they killed three where I’m from and the police station was burned down. Now let’s fight until Dina’s killer resigns. This woman does not represent us, she has no dignity, no honor, no principles. We are angry inside. Of all the peoples, we have come here with one purpose: for this corrupt government to go. We are not animals to be killed. Cops shoot in the head, that doesn’t even happen in war. It’s murder.

Carpenter, originally from the department of San Román, Puno 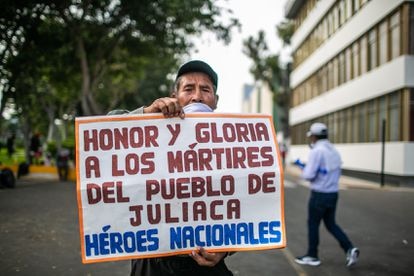 I am a master carpenter. I come from a very rich place, we have gold, lithium, uranium, copper. But there is a lot of poverty, extreme poverty. The corruption is total. Peru has been corrupted. We don’t believe in all institutions. Neither the police nor the judiciary. We don’t even get in touch anymore. Justice is only for those who have money. We want something to change. The Mighty Abuse. We want support from abroad so that they listen to us. We will solve this problem as Peruvians. Congress is a danger, they scheme against the people, but there is nothing for the people. They think they can withstand us with a bullet, they want to impose a state of siege. Where do you want to go? Kill us Peruvians against Peruvians? 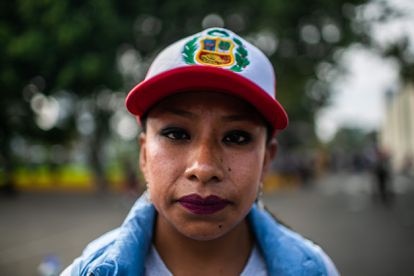 I’m an obstetrician, but I quit my job to fight. I’ll stay here until victory. As young people, we need to make our voices heard. We come from a forgotten province, unfortunately the presidents don’t go there. With the death of our brothers they try to tell us that we are nobody, that we are terrucos (terrorists), it hurts. A president should never treat us like that. If we chose him, it was to do something for our Peru. We all came together, everything is self-convened, no one directs it. Everyone brings what little they have and we want them to listen to us. This woman in the presidency who is challenging us is mean, she is bad, she cannot treat us like that. It hurts us Peruvians. We are Peru. We don’t come for money just because they respect us. They rob us, they humiliate us. 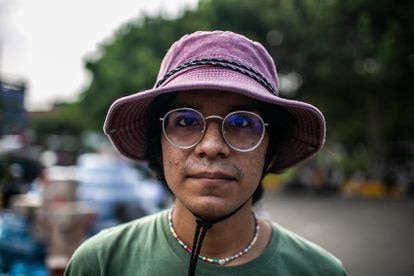 Student of the National University of San Marcos Mauricio Morales

My name is Víctor, I’m 23 years old and I’m studying law. As students, we are not blind to what is happening. Followers from the regions come and need a place to sleep and rest. We will stay until the teammates decide to retire. I will take part in the march and we hope that all our slogans will be heard, especially the closure of the congress and the resignation of Dina. These are the changes our country needs.