This is how this platform was presented before the construction of the National Palace of Culture, where it placed a crown as “the expected symbol of death in the elections next June of the current pact of the corrupt in power” and an advance of the future for a different Guatemala. 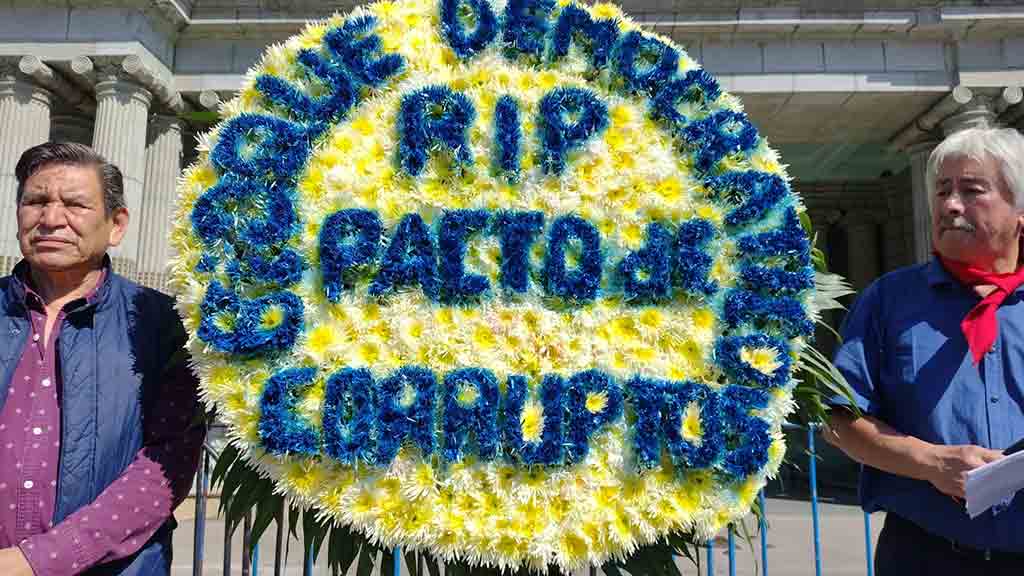 Faced with the call of the Guatemalan National Revolutionary Unity and the Winaq parties to establish a new balance of power, this alliance of social organizations, indigenous peoples, farmers, students, intellectuals and women was born, into which everyone fits and everyone needs, as explained in his presentation to the public.

Democracy with transformation In order to change the balance of power and enjoy political power, they are driving the bloc out of the gates with the official call next Friday in view of the election process.

A conscious, considered and safe vote to defeat the so-called Corrupt Pact is one of the calls to the people, assured former MP Sandra Morán, who called on women to join this fight as the usual protagonists.

Daniel Pascual, on behalf of the Social and Popular Assembly, demonstrated the commitment to work with this new proposal while adding the resistance of his brothers, since, as he said, they come from practice and not from discourse.

We will no longer allow impunity and corrupt governments, we will continue in this struggle to think of a different Guatemala and a different future for the generations to come, as we have been doing for decades, Pascual argued.

The articulation, made up of communities, organizations and individuals, intends to build a new majority for the elections under the national leadership of MP Amilcar Pop, a Quiché-Maya leader, they stressed in a statement.

Among the bloc’s considerations for taking this position, they cited high and extreme poverty rates, malnutrition, unemployment, low rural wages (as distinct from urban wages), the failure of successive governments to guarantee the common good, and Repression as a method of responding to social demands.

Likewise, persistent racism against indigenous communities and evictions from their lands, prosecutions of journalists, honest judges and human rights defenders, and the non-existence of the separation of powers in the state.

This Wednesday’s actions began with tributes to Adolfo Mijangos (politician and legislator) and Oliverio Castañeda (student martyr) in Zone 1 of the capital and ended in Plaza de la Constitución, in the historic center, in front of the National Palace of Culture.