ignorance is bliss? The city of Hawaii, which has suffered 600 earthquakes a WEEK for the past five years — 192,000 in total — is being warned that tremors are being caused by a vast underground chamber of unstable magma

A small Hawaiian town that experiences a staggering 600 earthquakes a week is being rocked by a concentrated magma pool just below, according to a study.

The number of earthquakes recorded in Pahala, a city on the southern Big Island of Hawaii, has increased 70-fold since 2015, and seismologists, using modern imaging techniques, have attributed the sharp increase to a magma web connected to a nearby volcano .

Pahala is a small town that had a population of about 1,403 at the time of the 2020 census and was once home to a sugar plantation. According to the United States Geological Survey, it is the “most seismically active area” in Hawaii.

January is Volcano Awareness Month for the island of Hawaii, established in 2010 to increase understanding of Hawaiian volcanoes.

According to one study, Pahala suffers a staggering 600 earthquakes per week and is rocked by a concentrated magma pool just below 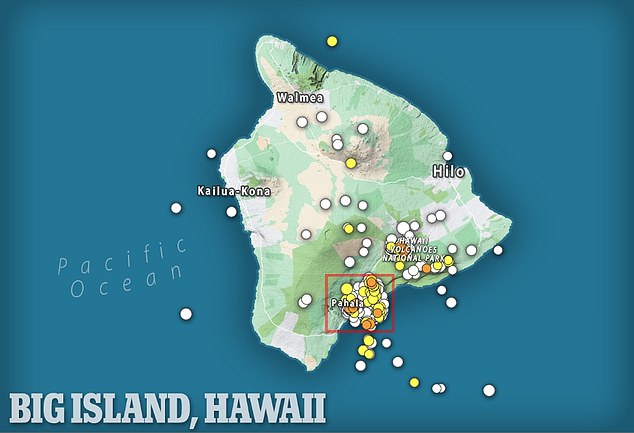 Each point on the map represents an earthquake detected in the last month. Pahala is located under the cluster of dots in the south of the Big Island

Scientists from the California Institute of Technology have published an article in the journal Science that provides a map of seismic activity beneath the island that connects Pahala to active Kilauea volcano.

The earthquakes that hit the city weekly range in magnitude from 1.7 to 3.0 on the Richter scale. Quakes with a magnitude of 2.0 or less are known as microearthquakes and are not usually felt by humans, according to the USGS.

Activity under Pahala increased dramatically in 2018 after a Kilauea collapse caused a series of lava flows that destroyed more than 700 homes.

These eruptions in turn triggered strong earthquakes that caused the crater to grow from about 100 to 500 meters deep. Kilauea remains one of the most active volcanoes in the world.

“We are using advances in earthquake monitoring with deep learning algorithms to map the structures underlying a large mantle earthquake swarm of nearly 200,000 events that accelerated rapidly after the 2018 Kilauea caldera collapse,” the scientists wrote. 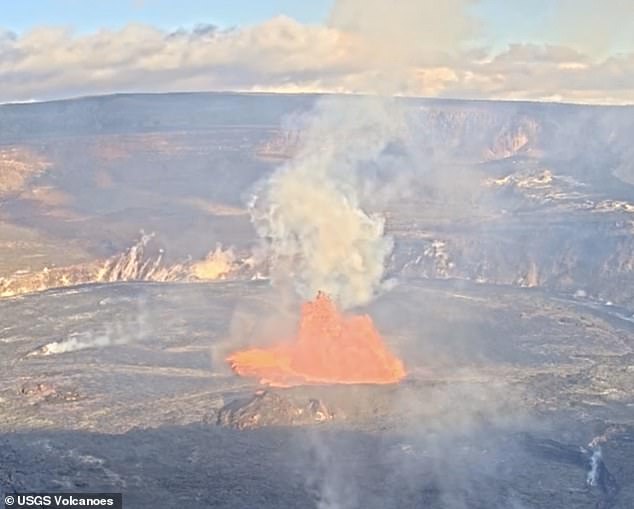 Footage from a live stream of Kilauea’s January 5 eruption. It is one of the most active volcanoes in the world and is about 20 miles from Pahala 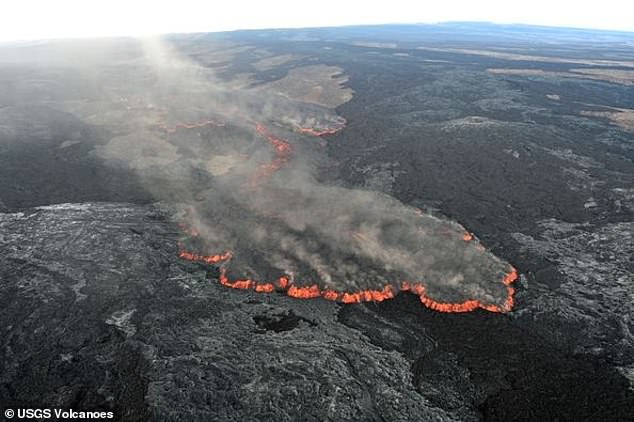 Not only that, the seismologists also identified a magma belt connecting Pahala to another nearby volcano, Mauna Loa

In 2019, about a year after the collapse, the number of earthquakes under Pahala skyrocketed.

“At depths of 36 to 43 km we resolve a 15 km long assemblage of near-horizontal plate structures that we identify as the risp complex. These sills are connected to the lower depths of the Kilauea pipelines by a 25 km seismic belt,” they said.

Not only that, the seismologists also identified a magma belt connecting Pahala to another nearby volcano, Mauna Loa.