Thousands of Peruvians – many from the country’s southern mining regions – descended on Thursday to the capital Lima to take part in a massive demonstration against the government and Congress.

Under the slogan “Take Lima”, they once again demanded, in addition to President Boluarte’s resignation, new quick elections, a release from Congress and a new constitution to replace the business-friendly constitution of right-wing ruler Alberto Fujimori from the 1990s. 1990. In a speech at night, Boluarte called the demonstrators to dialogue and announced the consequences for those “who want to create chaos and disorder”.

During protests against the Peruvian government, demonstrators and police clashed in the capital, Lima. Government opponents threw rocks and firecrackers at the police, who fired tear gas into the crowd. Several people were injured. A building in the city center caught fire. A direct link to the protests has yet to be confirmed.

Government declared a state of emergency

They now want to center the movement in the “heart of Peru” to see if the government “move”, protesters said on Thursday. Nearly 12,000 officers were deployed in Lima. There were clashes between protesters and police in the capital. Government opponents threw rocks and firecrackers at the police, who fired tear gas into the crowd. Fighting broke out on Wednesday night, with protesters throwing rocks and police using tear gas to disperse the crowd.

In Arequipa, in the south of the country, around 1,000 protesters tried to storm the airport on Thursday. The police pushed people with tear gas. According to the Peruvian Commissioner for Human Rights, one demonstrator was killed. In southern Peru in particular, Castillo supporters repeatedly provoked violent and sometimes fatal clashes with the police. The Peruvian government declared a state of emergency in the capital Lima and areas around the cities of Cusco, Puno and Callao on Sunday. 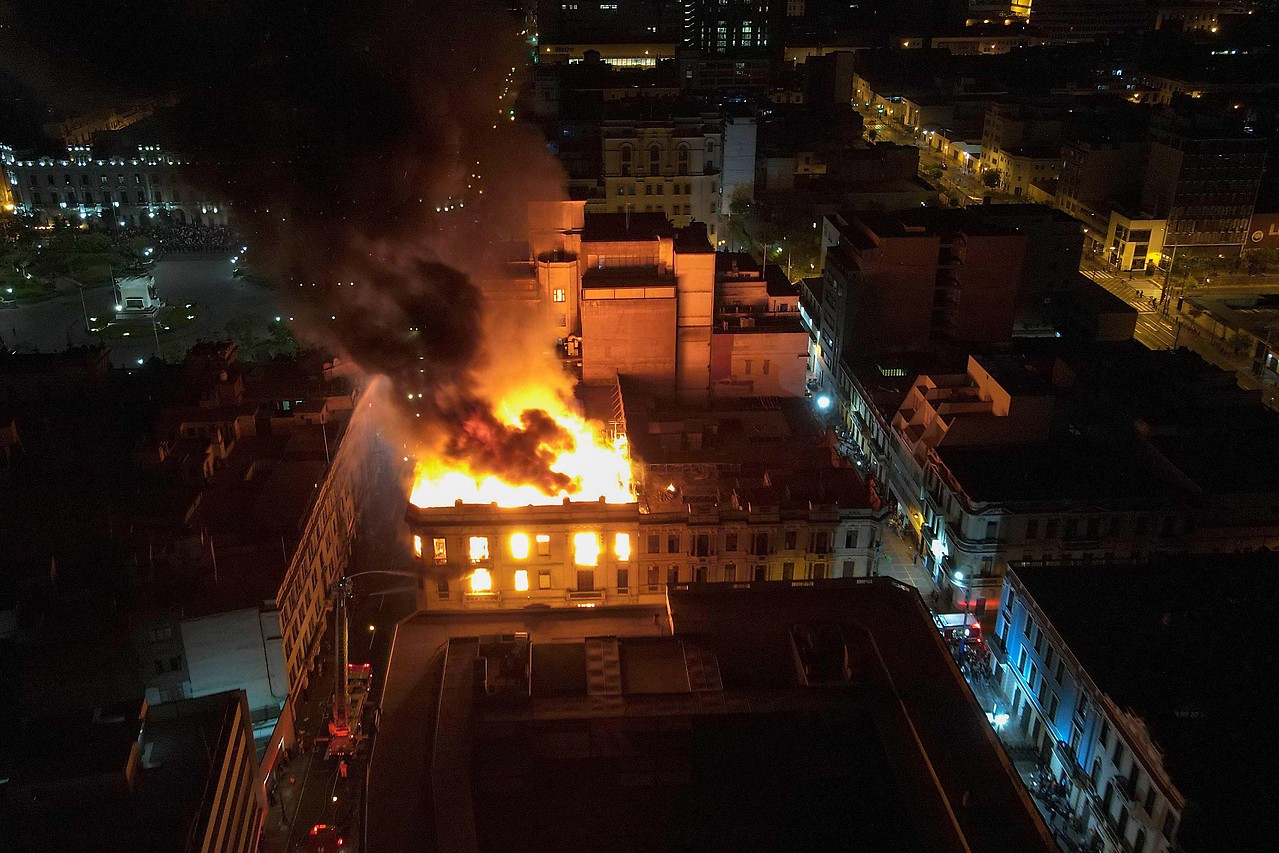 The increase in the death toll fueled protests initially focused on Boluarte’s resignation. Human rights organizations and the UN accused Peruvian security forces of using disproportionate force against the protests, including the use of live ammunition and the shooting down of tear gas canisters from helicopters.

58% of Peruvians think the security forces acted excessively in the face of the protests, according to a survey carried out this month by the Institute of Peruvian Studies. The same poll found that 83% of respondents favor an early election and only three in 10 Peruvians support Boluarte’s government.

Another poll last year by the LAOB polling institute found that only 21% of Peruvians are satisfied with democracy – the lowest number in any country in Latin America and the Caribbean except Haiti. And more than half of Peruvians who took part in the survey considered a military takeover of the country “justified” due to high levels of corruption.

According to the vice president of the Inter-American Commission on Human Rights, Edgar Ralon, the current political crisis in Peru has contributed to the deadliest political violence in two decades. Discrimination and inequality also played a role, while labeling protesters as terrorists contributed to polarization and conflict, Ralon told the Guardian. 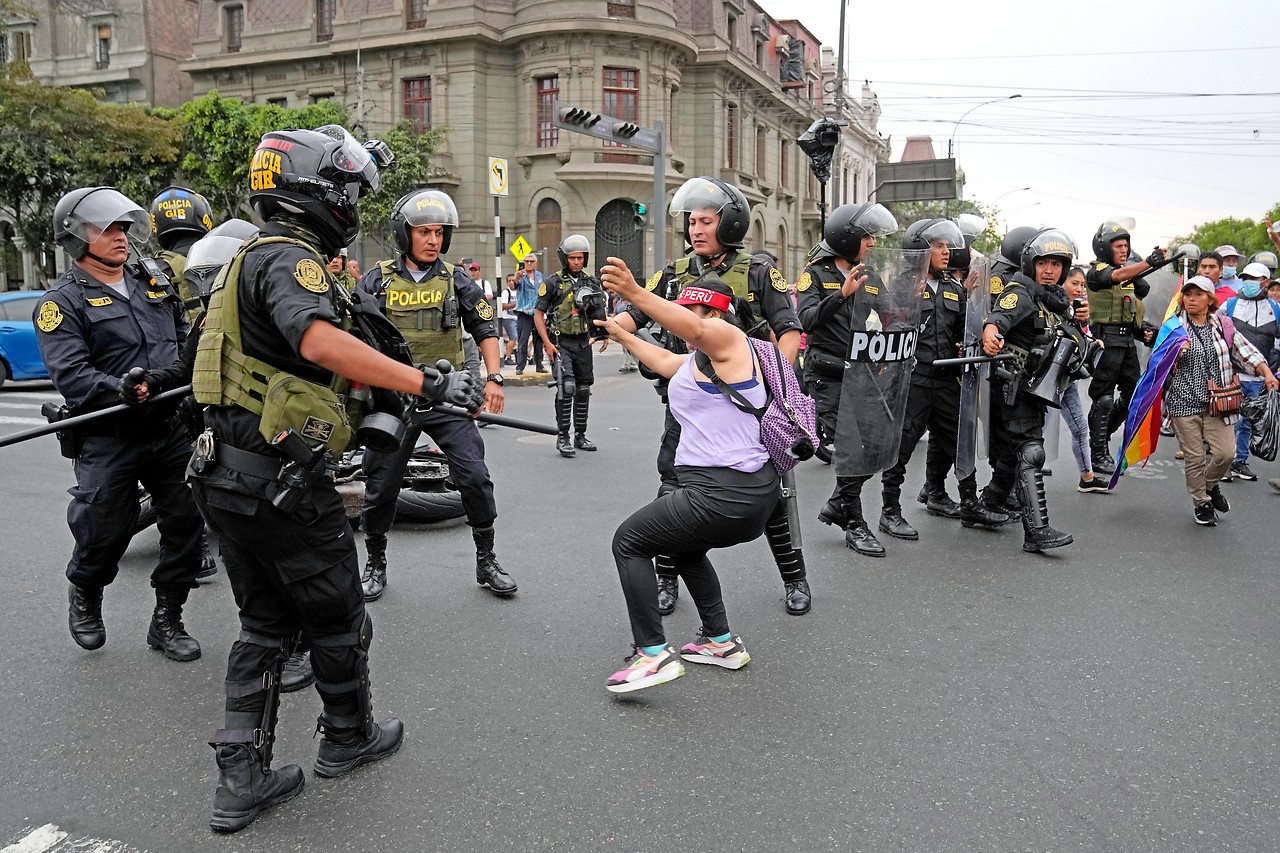 The bloody protests are now also having economic consequences. Almost all bookings through the end of March have been cancelled, Peruvian news agency Agencia Andina recently reported, citing the chamber of commerce for the Cusco region. Many Peruvians depend on income from attractions like Machu Picchu – in Cusco about 60% of the population lives from tourism.

Democracy could not keep promises

Peru is one of the youngest democracies in North, Central and South America – free and fair elections were only reintroduced in 2001. However, the last two decades since the reintroduction of democracy have not brought better living conditions, the broadcaster reported. CNN. Although the economy has prospered, the state has failed to remedy “chronic deficiencies” in the areas of security, justice and education.

“Security, justice, education and other basic services remain inadequate, leading to widespread perceptions of government corruption, injustice, ineffectiveness and neglect,” Harvard University’s Steven Levitsky told CNN. “This is one of the main causes of public dissatisfaction. Where such perceptions persist among governments, public trust in democratic institutions is likely to decline”.

Several protesters told CNN that the country needed a fresh start and called for new elections in all areas to “restore a sense of legitimacy” to public institutions. Boluarte, on the other hand, refuses to resign or hold a new election. Instead, she replaced senior government officials, including former Labor Minister Eduardo Garcia, who had been criticized for the government’s handling of the protests.

Boluarte apologized for the deaths in the demonstrations, but insisted that radical extremists initiated the protests and forced people to participate. According to Patricia Zarate, head of the Public Opinion Research Department at the Institute of Peruvian Studies, although extremists took part in the protests, Boluarte’s statement was seen as condescending. 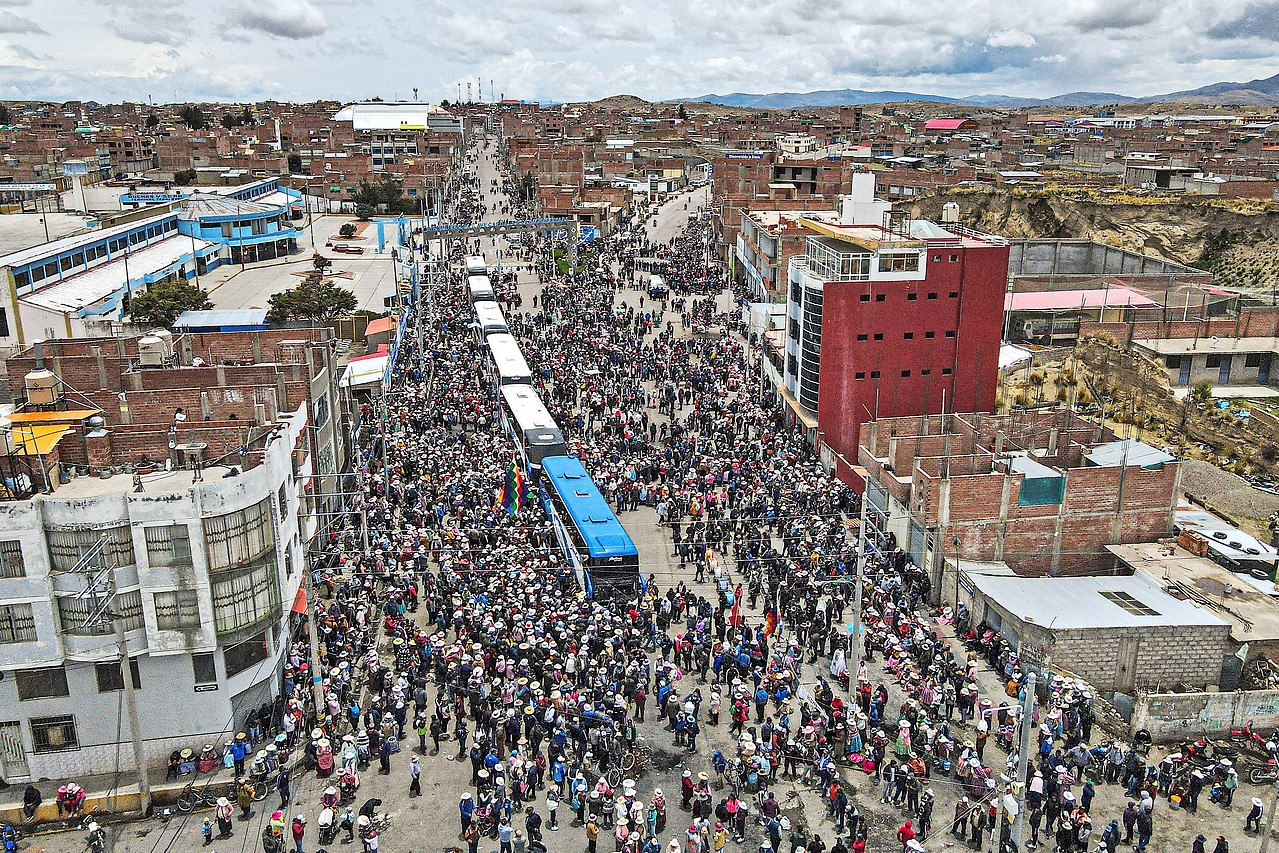 “She treats people as if they have no control over their political views, as if they are being manipulated and don’t understand why they are marching,” she told The Guardian. “People don’t feel represented by the political system and want to be included.”

Gap between Lima and the rest of the country

Peru’s attorney general has launched an investigation into Boluarte’s handling of the unrest. But even if the current government abdicates and another politician becomes president, the causes of unrest in Peru will remain, according to CNN.

Because political crises last for decades. Since 2000, all but one elected president has been impeached or imprisoned, except for Alan Garcia, who committed suicide prior to his arrest. The state in South America is also marked by a deep chasm between the powerful capital Lima and the rest of the country, which is still largely identified with Castillo.

No trust in institutions

Many Peruvians feel neglected by institutions and parliament, seen as a corrupt snake pit. With Castillo’s victory in the 2021 presidential elections, they believed in the country’s change. Among other things, he announced a new constitution and made far-reaching promises to the indigenous population.

But soon after taking office, the former professor gave up on his promises of fundamental change. While some of his supporters are disappointed by the broken promises, many of them blame Castillo’s failure on the corrupt parliament.