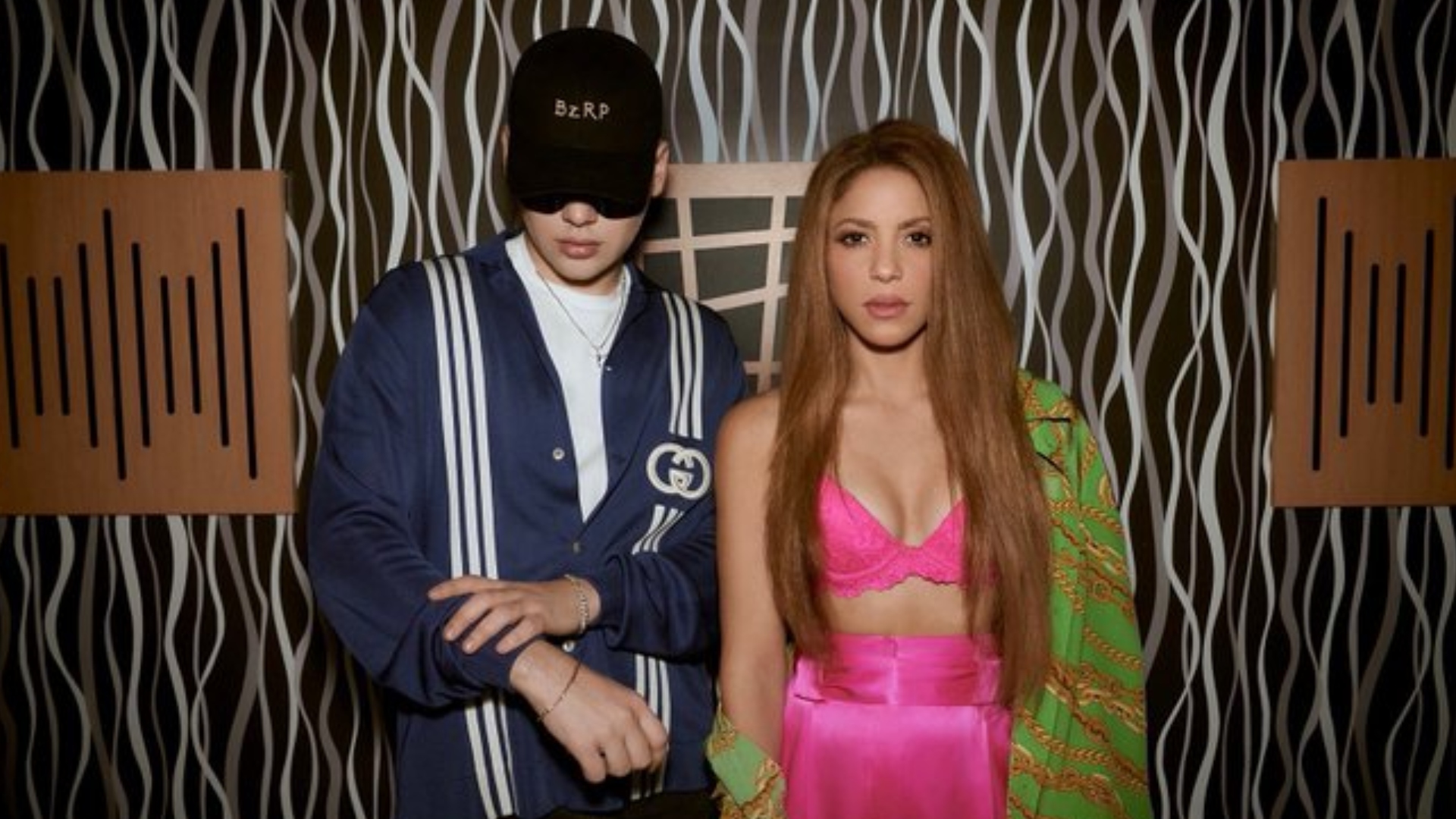 Shakira surprises with her new song at full volume in her home in Barcelona, ​​​​she wants to make life impossible for her ex-in-laws. @shakira/Instagram

Shakira is a topic of conversation in the social networks not only because of the premiere of his new single bizarre called SHAKIRA || BZRP Music Sessions #53 with them clear launched strong messages against it Gerard Pique and his girlfriend Klara Chia. Such was the Colombian’s success that the song racked up more than 70 million views on YouTube in just over 48 hours.

Shakira received a response from brands such as Mercadolibre, Casio and Renault

And he managed to break the record of the song Despacito by Luis Fonsi, which reached 25 million views in the first 12 hours, which positions Shakira’s new song in the first place on YouTube and the first places on Spotify among Latinos artists. After finding out about their split, the Barranquilla woman has presented two songs: Te Felicito and Monotonía, both of which appear to be dedicated to her ex-partner.

Spanish media recently confirmed that the artist decided to play along to her song at full volume Bizarre, for her in-laws at different times throughout the day. Videos are circulating on social media in which Shakira’s followers tour the area around her home in Barcelona and confirm that the song she composed with the Argentinean is actually being heard. 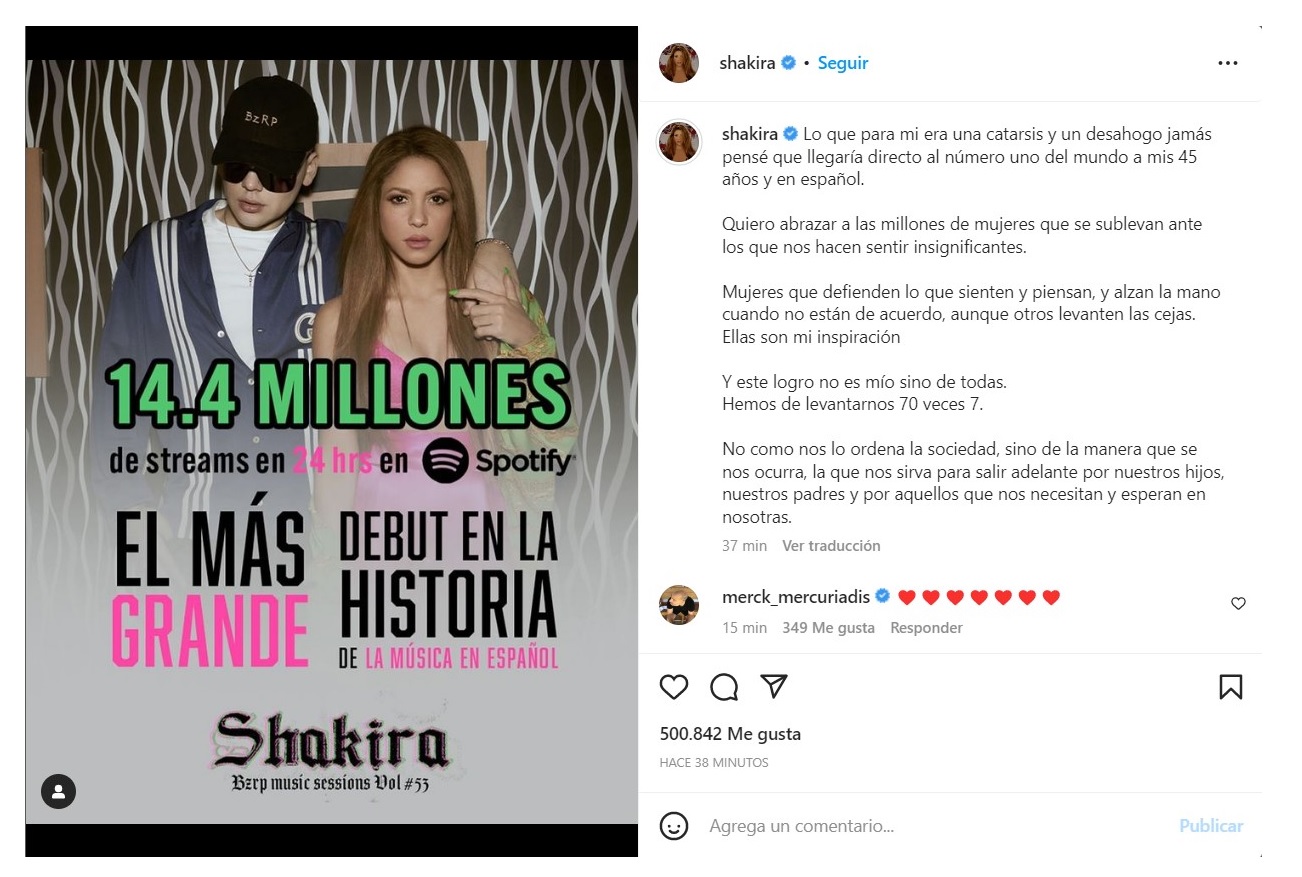 The Barranquilla singer reached out to the women and told them they were her inspiration. Shakira/Instagram.

“I was too big for you, that’s why you’re with someone like you. This is so it chastises you, chew and swallow so it doesn’t burn… I’m just making music, sorry it splattered on you. You left me to your mother-in-law to be your neighborwith the press at the door and the debt in the treasury” is one of the fragments of Shakira’s song.

Another reply from Gerard Piqué to Shakira: He’s arrived in the Kings League on Twingo

Pique hasn’t decided on Shakira’s tiraera, along with BZRP, but small actions seem to provide an answer to his liking for the Colombian singer

As revealed by the TeleCinco network’s Fiesta program in Spain, the presenters who were on set and the journalist who was broadcasting live from Shakira’s home in Barcelona were shocked by the volume of the music. So much so that they thought it was a car driving through town, but when they saw it, they were in for a big surprise.

“We were all shocked. It’s the second time it’s played, we don’t know if there will be a third time. Recalling that she lives right next door to her in-laws, I don’t know if she’d like to send them a little message… She’s excited, I think she wants her in-laws to listen to her. says the Spanish reporter, approaching the walls of the Barranquillera’s house. 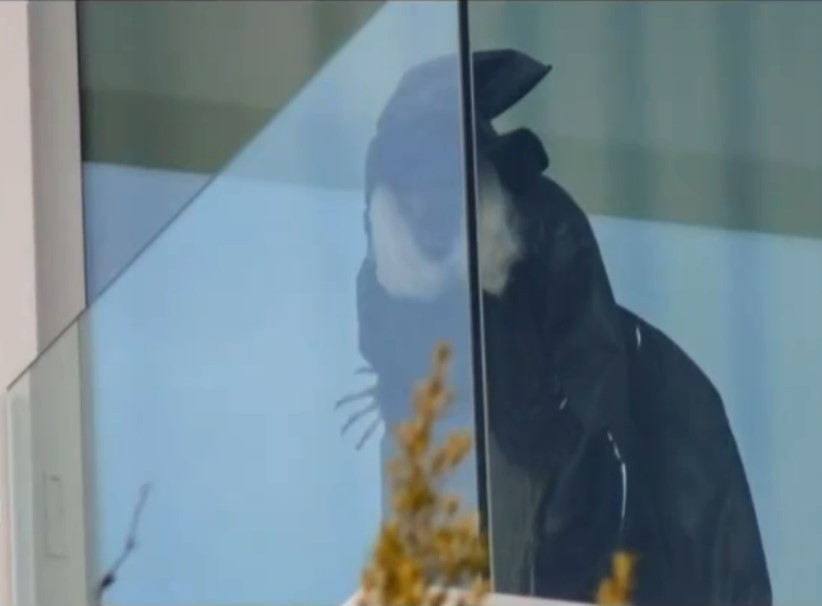 According to the show El gordo y la flaca, the witch pointed to her ex-mother-in-law’s house, where rumor has it Clara Chía spends her time resting.

Some of the show’s presenters pointed out that they admire the Colombian for her work as a singer, they understand the pain behind the lyrics; However, some claimed that the Suerte interpreter reproduced her new single at full volume as a tasteless act.

“Flowers” and “Music Session #53” as well as “Bizarrap” are the most recent songs by the two international artists, in which they refer to their media separation

Next, the video of the moment captured by the Spanish media Shakira with his new single at full volume in his house:

The Colombian, who lives next door to her in-laws, apparently wants to send them a message about her ex-partner. Video by Telecinco

Another aspect that draws attention are the videos in which one of the balconies of his house shows a witch pointing directly at his in-laws’ house. The witch’s image was sent from Barcelona to the popular entertainment show, where they made sure the inquisitive figure looked towards where Clara Chía would apparently spend her time resting and sunbathing. A new tip from Shakira to her ex-partner’s partner?