A 17-year-old mother and her baby have been shot in the head in a sextuple murder in California. The crime took place in a small town called Goshen, in Tulare County, and is believed to have been committed by drug dealers, Sheriff Mike Boudreaux told reporters yesterday. According to the Los Angeles Times, District Manager Eddie Valero spoke of a “bad nightmare” come true. 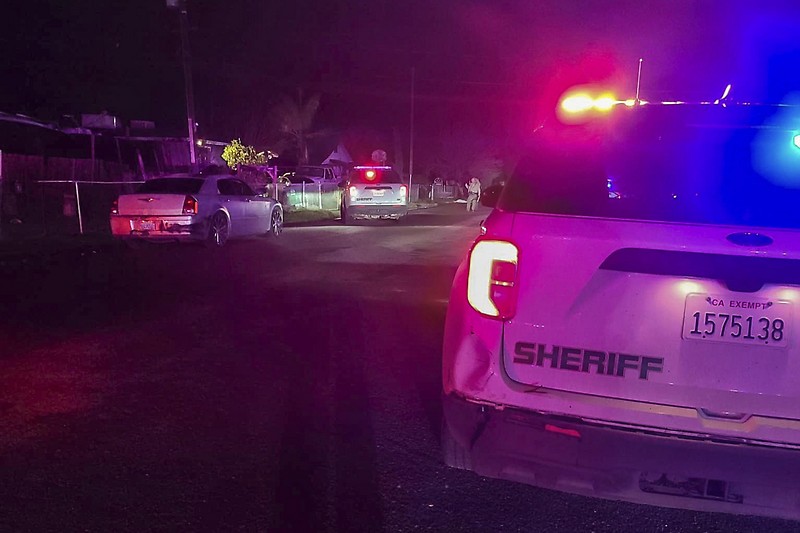 With the help of two eyewitnesses who fled and surveillance cameras, it was possible to reconstruct how two men broke into the property of a residential building during the night. Then, one by one, the deadly shots were fired. When the first officers arrived at the crime scene shortly afterwards, they were faced with a terrifying sight.

Executed with shots to the head

The door to the house had been forced open and a dead man lay in the hallway. The young mother apparently tried to flee with her six-month-old baby, Boudreaux said. Her lifeless body was later found in a ditch, holding the dead child in her arms.

According to investigators, both were shot in the head – as well as an elderly woman in the house, who was apparently killed sleeping in her bed. The remaining dead are men whose bodies lay in the street in front of the property. One of them could only be identified by DNA testing due to the severity of his facial injuries. According to police, several of the victims belonged to the same family.

The search continues for at least two fugitive suspects, presumably with gang and drug ties. “I think it’s directly related to the cartel,” Sheriff Boudreaux told the Los Angeles Times. “This level of violence – it wasn’t a classic petty criminal.”

Instead, such a “horrific massacre” points to nefarious professional killers. Investigators are investigating a possible link to a house search conducted a week ago that led to the arrest of one person and the seizure of firearms, marijuana and methamphetamine.

According to the newspaper report, the village of Goshen has about 5,000 inhabitants, most of whom have Latin American roots. Although – or perhaps because – only half a million people lived in Tulare County’s farming district, it played a major role in smuggling drugs from Mexico into the United States. The area has been a smuggler’s paradise since at least the 1970s.