“Why are you doing this to Serbia? Why are you calling Wagner to do this, even though it’s against regulations?” Vucic asked in a TV interview broadcast on Monday night, according to the Beta news agency. The controversial ad was broadcast earlier this month on the Serbian branch of Russian state broadcaster RT. In it, the mercenary force called on the Serbs to fight in Ukraine. 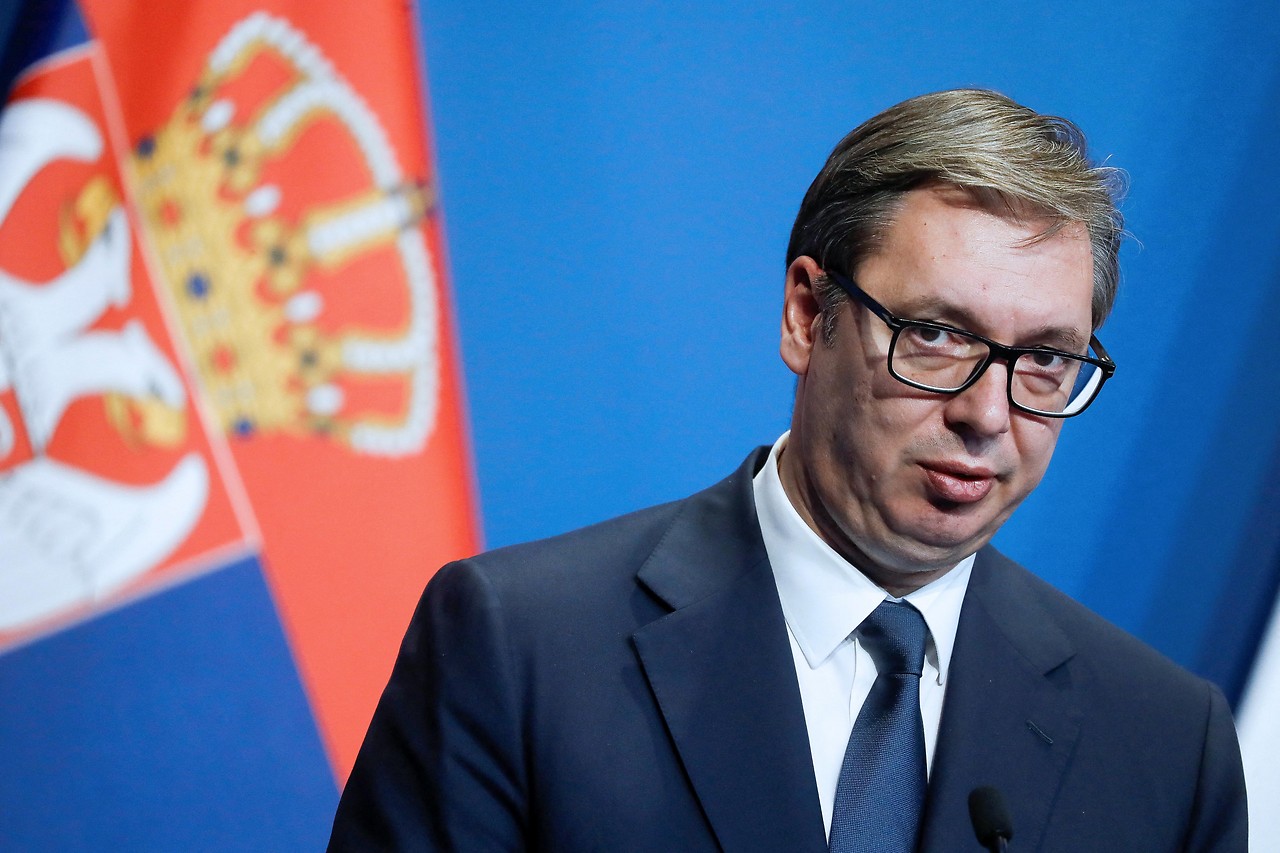 Along with Belarus, Serbia is the only European country that does not support Western sanctions against Russia, although Vucic’s government has condemned the invasion of Ukraine. A sizeable number of Serbs supported the Russian attack on Ukraine, and there were also pro-Russian demonstrations in the capital, Belgrade.

Kremlin: No conflict with the Wagner group

Tensions between the Kremlin and the Wagner group in Ukraine only recently became apparent – these were later denied by Moscow. Disputes are a product of the media, Kremlin spokesman Dmitry Peskov said on Monday. The conflict between the mercenaries and the Russian army “exists only in the newsroom,” Peskov said.

“She (the Motherland) also knows her heroes who serve in our armed forces and perform heroic miracles there, and she knows Wagner’s heroes! Both the one and the other will remain in our memory forever,” the Kremlin spokesman said. All would “fight for their fatherland.” 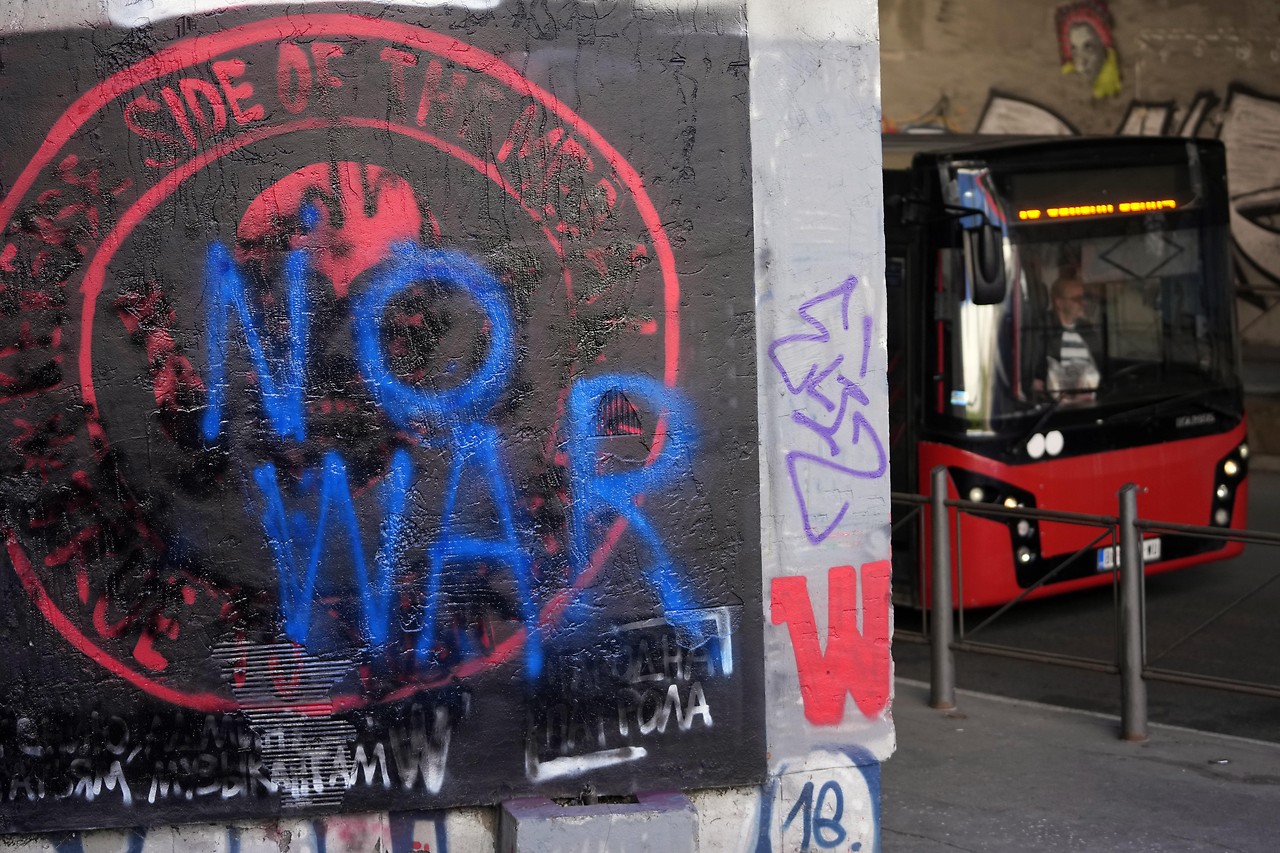 The discrepancies between the Russian army and the Wagner mercenary group, noted by numerous observers, came to the fore in recent days during the battle for the town of Soledar in eastern Ukraine: the head of the Wagner group, Yevgeny Prigozhin, repeatedly claimed that the fighting it was exclusively in the city his units against the Ukrainian armed forces – and not also the soldiers of the Russian army.

Ukraine: what is needed for peace?

When Prigozhin reported Soledar’s capture on Wednesday, the Russian Defense Ministry initially objected and two days later reported its own capture. Prigozhin then published a message attacking those “who are constantly trying to steal our victories”.

In a rare move, Russia’s Ministry of Defense issued a public statement praising the “courage” of Wagner fighters at Soledar. The apparent dispute was widely commented on by Russian military bloggers. Many of them support the Russian military offensive in Ukraine but are critical of the way it is being conducted.

On Tuesday, Russia finally announced a large-scale restructuring of its armed forces. Defense Minister Sergei Shoigu spoke of “major changes” with which Russia apparently wants to significantly increase the effectiveness of the navy, air force and strategic missile troops in the next three years.

more on the subject

Only by strengthening the most important structural components of the armed forces is it possible to guarantee the state’s military security and protect new units and critical installations of the Russian Federation, Russian Defense Minister told a defense ministry meeting.

For years, the Kremlin first denied the existence of the Wagner group, then claimed that the Russian state had nothing to do with the group. Putin’s confidant Prigozhin, as the head of the organization, only appeared offensively for a couple of months. He goes in and out of Russian prisons to recruit prisoners for war.

However, the methods of Wagner’s mercenaries have been the subject of international criticism for years. Since 2014, mercenaries have operated in several countries of strategic and economic interest to Russia, such as Syria and Mali, Sudan and the Central African Republic. They have been repeatedly accused of serious war crimes and human rights violations.

Recently, the Ukrainian National Resistance Center (NRC) press service urged caution about the methods used by Wagner mercenaries in Ukraine. They would increasingly disguise themselves in Ukrainian uniforms, thus deceiving the Ukrainian army. Soldiers must pay attention to certain details on the Russian attackers’ uniforms, the NRC said. The “Frankfurter Rundschau” (“FR”) also reported that the mercenaries wanted to use manipulative strategies to weaken the Ukrainian defense from within.

“Pilots who are not afraid to die”

Prigozhin said in a video message on Saturday that Wagner is now the most experienced private army in the world. The troops act independently, they also have combat aircraft and “pilots who are not afraid to die”. They also have tanks and artillery of all calibers. The success of the Wagner Group, currently deployed in Africa, among other places, is based on an ideally developed command and control system. 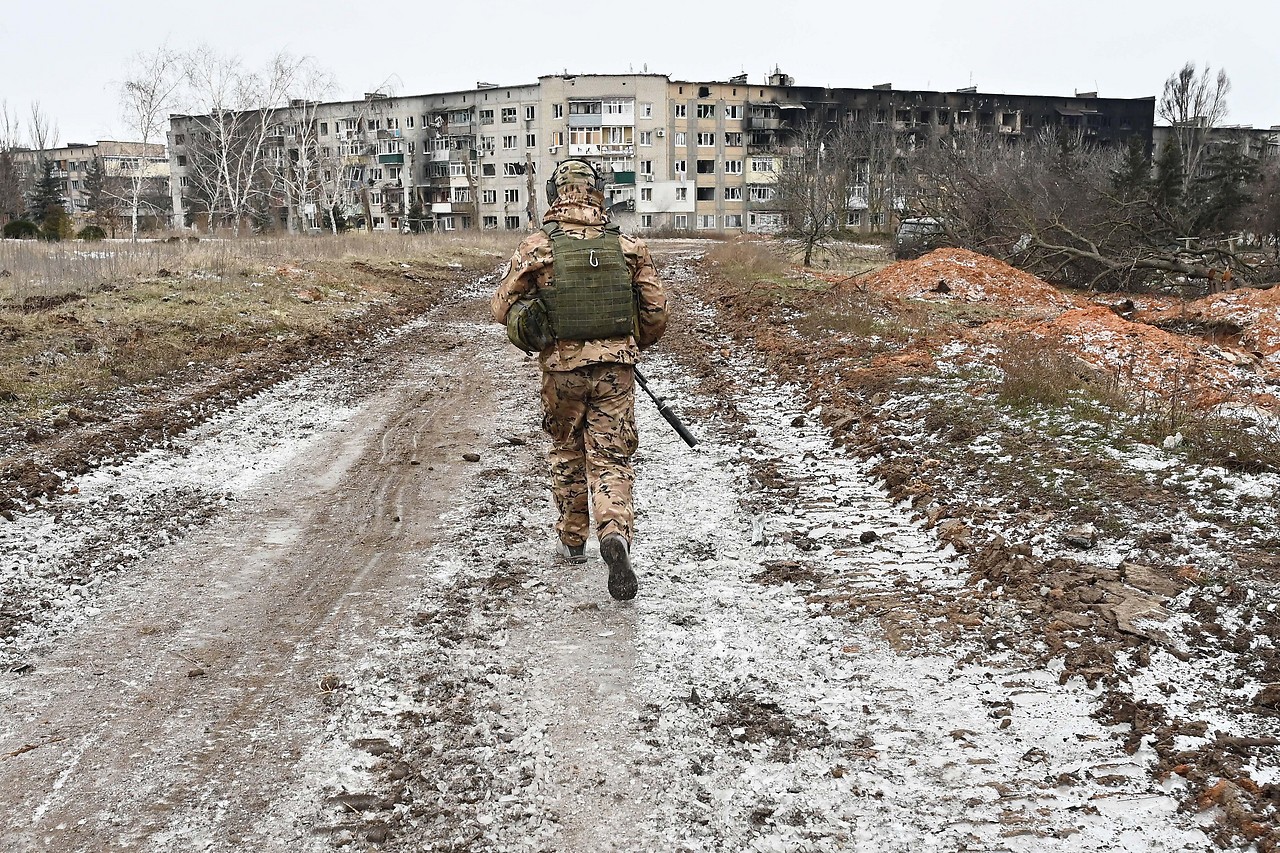 IMAGO/SNA A soldier from the Wagner Group in Soledar

Everyone has the right to express their opinion on what specifically is needed to complete a combat task. Officers listened, coordinated with fighters, and leadership exchanged ideas with commanders. Because of iron discipline, Wagner will continue to progress in Ukraine, Prigozhin said.

However, there also seem to be rumors within the mercenary force. An alleged defector from the Wagner group allegedly fled across the border into Norway and is currently seeking asylum there. As his lawyer announced on Monday, 26-year-old Andrei Medvedev fled across the border in northern Norway late last week. A police spokesman confirmed that a man was arrested late on Friday for illegally crossing the border and had sought asylum.

Medvedev’s lawyer, Brynyulf Risnes, told AFP that after crossing the border, the young man approached residents and asked them to call the police. He is now in a “safe place” while his case is under review. In his own words, Medvedev wanted to “talk to people who investigate war crimes about their experiences with the Wagner group”. The 26-year-old claimed he led a unit of five to 10 soldiers in the mercenary force.

According to Gulagu.net, Medvedev initially signed up for four months in July 2022 and was deployed to Ukraine for combat. In the mercenary unit, he witnessed executions and punishments of mercenaries who refused to fight or wanted to leave the unit. According to his lawyer, Medvedev’s contract with Wagner was renewed without his consent. “He realized there was no easy way out, so he decided to run away,” said Risnes.