Selena Gomez is back for the third season of Only Murders In The Building on Wednesday.

The 30-year-old actress was spotted on set in New York City ready for her close-up in a pinstriped coat and chic tan heels.

The hit Hulu series has been filming its next chapter in the Big Apple lately, and has even seen Hollywood icon Meryl Streep join the cast.

Lights, Camera, Action! Selena Gomez jumped into the role for the third season of Only Murders In The Building on Wednesday

On Wednesday, Selena looked stylish in a coat thrown over a black blazer, white buttons and high-waist pants.

Her brunette hair, styled in loose waves, dangled over her shoulders while thick bangs brushed the tips of her eyebrows.

Despite a face mask covering her complexion, she still looked radiant with her eye makeup, enhancing her natural beauty.

An air of confidence enveloped her as she strode through the set with a quilted black tote bag and several production workers milling around.

costume change! Gomez arrived on set in a cozy all black look before changing into her chic ensemble

Selena was also spotted in a slightly more casual look as she arrived on set that day.

Her hair was scraped into a messy topknot, while the same face mask hid her famous face. 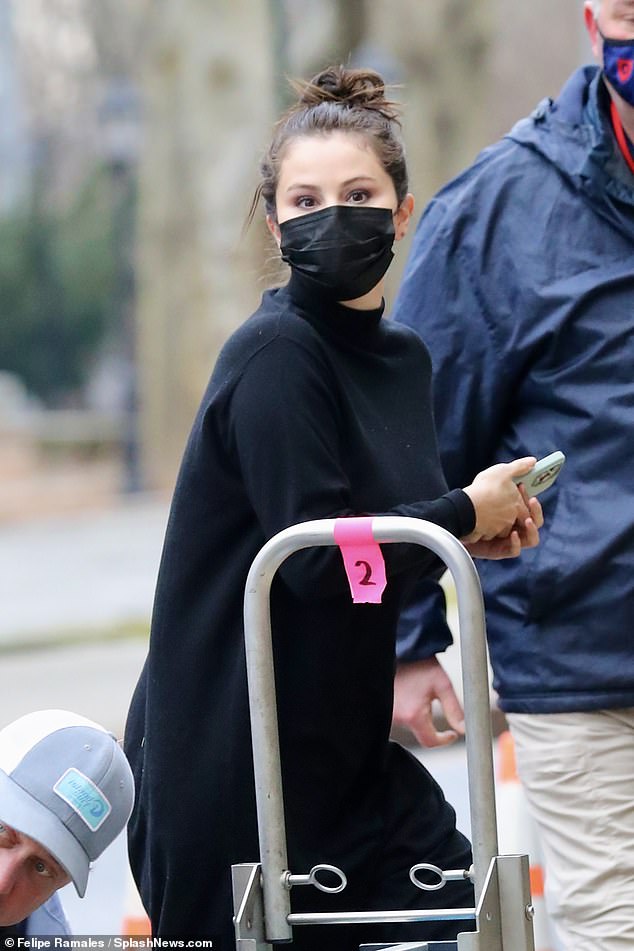 Production on Season 3 of Only Murders In The Building is well underway, and Oscar winner Meryl Streep recently joined the cast.

It’s not known when they split, but it was reported on Monday, January 16 that Drew, 33, and Selena are “casually” dating, according to Us Weekly.

The outlet reported that Selena and Dew are “very casual and low key,” with the stars going “bowling” or “going to the movies” together.

“They don’t try to hide their romance by sneaking around members-only clubs,” the insider said. 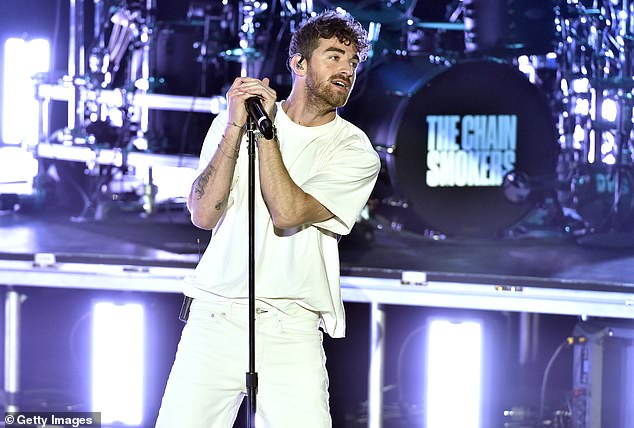 Love is in the air: Gomez is reportedly in the middle of a new romance with The Chainsmokers’ Drew Taggart, pictured in June 2022