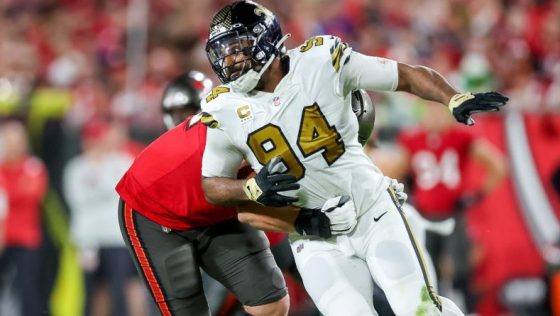 Saints defensive end Cameron Jordan was outraged after the NFL fined him for faking an injury and it appears the NFL’s appeals process has upheld him.

According to ESPN’s Adam Schefter, Jordan won the appeal of the $50,000 fine imposed on him by the NFL.

The incident happened during the Saints’ loss to the Buccaneers in December. When the Bucs initially rushed to line up to attempt a fourth down, Jordan went down and was given an injury time-out. After that, the Buccaneers poked and the league office thought Jordan faked the injury so the Saints’ defense could be ready if the Bucs tried fourth-place.

Jordan’s positional coach Ryan Nielsen was also fined $50,000, Saints head coach Dennis Allen was fined $100,000, and the Saints as a franchise were fined $350,000. It is unclear whether these fines will remain in place; The appeal process for players is separate from the process for coaches and teams.

The NFL has legitimate reasons to address fake injuries, which players sometimes use to the advantage of their teams. But in this case, Jordan fought back and won.