Climate icon Greta Thunberg was reportedly arrested on Tuesday at a protest in Lützerath, Germany. However, now doubts arise.

Videos on social media show Greta Thunberg being detained by two police officers in Lützerath and journalists taking pictures of the scene. “International activist Greta Thunberg faked her own arrest,” or something similar many comments.

On Tuesday, there were reports from climate activists that Thunberg had been arrested. According to the police, those arrested were about a number “in the mid-double-digit range”, but they did not explicitly mention Thunberg.

The people were to have remained in police custody until everyone’s identity was established. If some don’t want that, “then everyone will have to wait,” said police spokeswoman Dana Zimmermann. According to the police, it was not an arrest in the legal sense.

Some Twitter users see a connection to US lawmaker Alexandria Ocasio-Cortez – AOC for short – in the videos and photos. In July, she was accused of staging an arrest at a pro-abortion demonstration. 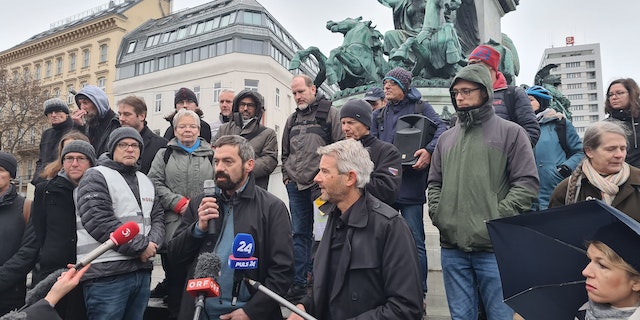