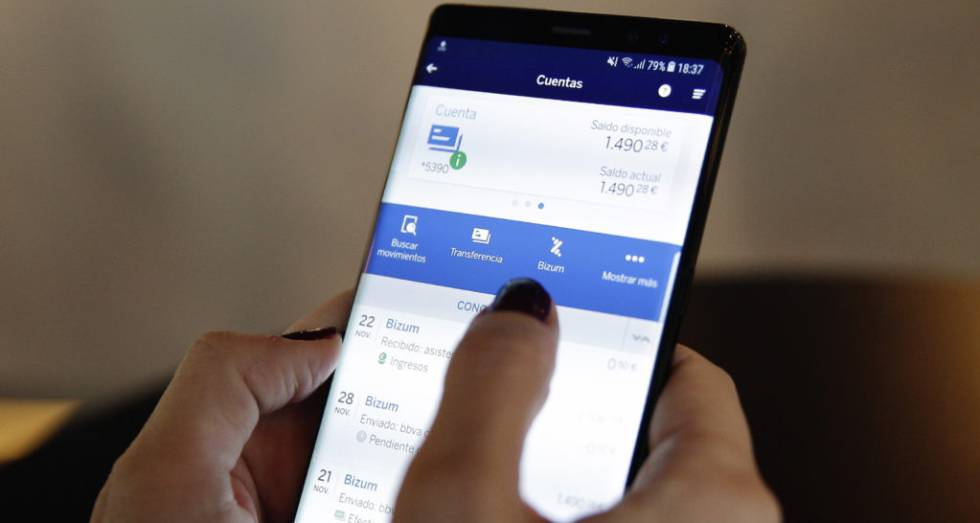 Who hasn’t said or heard the expression I make you a bizum in the last few months? This instant payment platform via mobile phones has spread exponentially in recent years, reaching all age groups with force. So much so that it offers staggering usage figures: in 2022, an average of 24 transfers per second were made via Bizum. That is, 762 million transactions worth over €40,700 million (an average of €53 per transaction), the company said in a statement this Wednesday. That is, almost the same amount in 12 months accumulated over the last five years of the platform’s lifespan.

The advance of the digital platform is unstoppable. The pandemic triggered electronic payments and presented an opportunity for this type of platform. This mobile instant payment solution has more than 22.6 million users, according to the company, which is a joint venture of the banking sector. Although Bizum’s usage has skyrocketed in recent years, it’s still a long way from using credit cards or other electronic payments. It has revolutionized the way money is transferred between individuals and now also for corporate payments.

The record number of operations in one day came on December 1 with 3.3 million (average 38 bizums per second). “These figures underline that Bizum is already part of the daily life of almost 23 million Spaniards and show its consolidation as a simple, fast and secure payment method that, thanks to its evolution towards new uses, acquires a more universal profile. , are increasingly recognized and used by users,” explains Ángel Nigorra, the company’s general manager, in a statement.

One of the big recent changes in the growth of this form of digital payment has been the ability to use it when paying in stores. Last year, Bizum users paid for 15 million purchases through the platform, more than twice as much as in 2021. Thus, amounts of 870 million euros were paid in the last 12 months. Of course, this part still represents a very small part of Bizum’s activities, which mainly include people-to-people payments, as well as e-commerce, donations to NGOs and social institutions, and payments and collections in state lotteries and betting.

This advance is more than significant and threatens other means of payment, especially cash. Cash has declined in recent years, according to data from the Banco de España and the European Central Bank, but it still remains the most common option. In fact, two-thirds of purchases in physical stores are still made with cash. This does not mean that progress in the use of mobile phones has been important, especially in payments between individuals, which already account for 13.1% of transactions, according to the Bank of Spain. “The decline in the number of cash payments would be related to the fact that this type of payment can be processed more easily digitally thanks to new means of payment such as Bizum,” adds the study Use of cash and other means of payment Payment Payment: How is the way how we pay?, created by the Spanish Banking Authority.

E-commerce was one of the major growth drivers over the past year. “In 2022, companies have made great efforts to get more online businesses to join Bizum and offer it as a payment method to their customers to give them a better shopping experience,” adds Nigorra. With this increase in supply, the platform broke its record for use in Black Friday digital stores: 6.5 million euros were paid in a single day (Friday, November 25).

On the other hand, in personal payment, the agreement with state lotteries and gambling was relevant to pay and collect with Bizum in more than 11,000 establishments. This has enabled 226,000 operations to pay €2.4 million and collect €24.7 million. As expected, the highest numbers were registered just before the Christmas draw on December 21st, when 1.5 million deposits were recorded. On the collection side, the winning record was set the day after the draw, on December 23, when Bizum received more than 3 million euros.

Users of the instant mobile payment platform also used them for solidarity payments: in 2022 they made 530,000 donations to NGOs and other social institutions with a volume of more than 22 million euros.

In addition, the development of Bizum has not yet reached a ceiling. The company’s prospects for 2023 call for new growth rates thanks to the expansion of online business and the entry of new users. Specifically, the company hopes to reach 60,000 digital stores and surpass 25 million users.

On the other hand, the platform is already working to integrate new functionalities to further increase its use. Among them, the possibility of paying for subscriptions through Bizum or using the digital identification of the payment platform for registration and access to virtual environments stands out.

There are also internationalization opportunities. Recorded success offers you the opportunity to be relevant in cross-border payments. In fact, Bizum joined EMPSA (European Association of Mobile Payment Systems) in mid-2022 with the aim of exploring the possibilities of a European mobile payment network. And last year, the first foreign company joined the platform, namely from Andorra, which started offering the service to its customers at the end of the year.