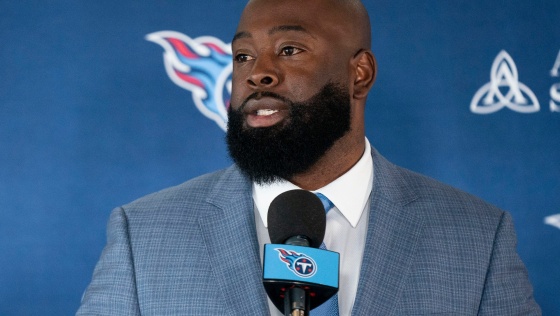 Ran Carthon was officially unveiled as the Titans’ new general manager at a news conference Friday in Nashville, and his comments focused on the relationship he hopes to forge with head coach Mike Vrabel.

Vrabel said that “my number one priority is to spend more time with Mike Vrabel and learn the systems that are in place here” because he sees his role as delivering “the vision of Mike and his coaching staff,” a team build instead of just trying Bring in talent without considering how all the pieces fit together.

“I can be the best talent evaluator of all time, but if I can’t get Mike the players he needs to fit into his system, then it’s not going to work. . . . We’re not here to recruit talent. We’re here to build a team,” Carthon said via the team’s website.

Carthon worked for the 49ers before taking the job with the Titans, and they’ve done an excellent job filling the roster with players who fit what Kyle Shanahan wants to do on Sundays. Doing the same in Tennessee would be a good way to push the Titans back towards the postseason.