Shakira’s controversial session with bizarre rap is still making waves a week after its release. Of course, a break has never been so great And it’s not because of all the broken records or the money the Colombian and Argentinian producers are raking in, but because the debates and reactions about it don’t stop. Now the Spanish royal family joins those of Aitana, Ibai or Alejandro Sanz, among many others.

Shakira’s shooting of Piqué and Clara Chía is the topic of the month, and when the kings attended the opening of Fitur (Madrid’s international tourism fair) this Wednesday, they were even questioned on the subject.

Felipe VI and Doña Letizia were walking around the facilities and visiting the different exhibitions of this fair when a journalist of a TV show asked the Queen what we all wanted to know: if I had heard the song by Shakira and bizarre rap.

Unfortunately, the queen didn’t respond with words, but she did sketch one big smile implying that even she hasn’t managed to stay outside of this salsa in musical format, which is already approaching that 160 million views on YouTube and more than 87 million on Spotify. 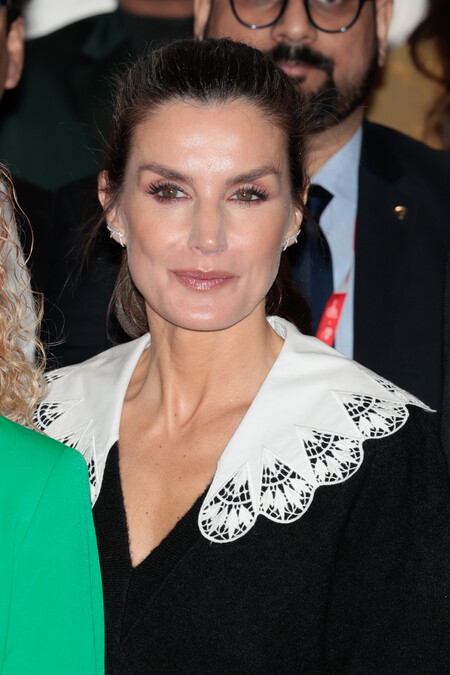 How we would love to have a coffee with Leti and let her tell us out loud what she really thinks about verses “Women don’t cry anymore, women count” or moments so surreal that one remembers the witch on Shakira’s balcony looking towards Piqué’s childhood home.

We know that Marriage is a fan of the singer from Barranquilla because more than ten years ago they attended the concert together that the artist gave as part of her Sale el sol tour in Madrid. Felipe and Letizia, then Princes of Asturias, were caught kissing in the audience at the Palacio de los Deportes.