Yevgeny Prigozhin talks about the war against Ukraine. The head of Wagner’s mercenary group now praises the adversary for being “efficiently coherent”.

According to its boss, Yevgeny Prigozhin, the Russian mercenary group Wagner can learn from the Ukrainian army. “The Ukrainian army works efficiently and coherently. We can learn a lot from this,” Prigozhin said on Thursday, according to a statement released by his press service. However, he stressed that his units were advancing and “the settlement of Artemovsk will be taken”, using the Russian name for the city of Bakhmut in eastern Ukraine.

“This is the final phase” – Putin before the collapse

Prigozhin also claims that his units advanced near Bakhmut and took the village of Klishchiivka. The strategically important city of Bakhmut is fiercely contested. For several months, Russian armed forces and Wagner’s mercenaries have been trying to capture the city in Ukraine’s eastern Donetsk region. Moscow is pursuing the goal of bringing Donetsk under full control.

Last week, Prigozhin and the Russian military provided conflicting information about the situation in the town of Soledar, near Bakhmut, stoking suspicions of a dispute, which the Kremlin denies. The Russian Ministry of Defense announced the “release” of Soledar last Friday. It then praised Wagner’s “courageous” strengths in a statement. Prigozhin regularly criticizes the weak leadership of the Russian army, which has suffered major setbacks in its offensive in Ukraine in recent months. 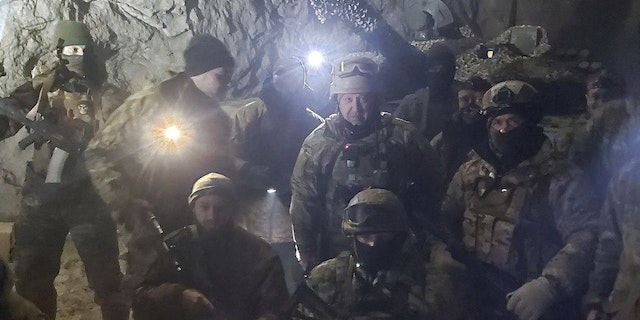 For a long time, the Russian elite had to watch as radical forces like the feared head of the “Wagner” paramilitary organization, Yevgeny Prigozhin, penetrate the political field. Putin is threatened by right-wing nationalists, whom he has long relied on. One of his spokesmen is former intelligence officer Igor Girkin, who, under the pseudonym Igor Strelkov, led the 2014 separatist uprising in eastern Ukraine.