At a press conference, artistic directors Eduard and Johannes Kutrowatz, along with state governor Hans Peter Doskozil, presented the schedule for the 2023 Liszt Raiding Festival and the expansion plans for the Liszt Center. Culture and especially music is a personal concern for Doskozil. The event was framed musically by the musicians who will perform there later.

INCURSION. Since the festival was founded in 2006 and especially since the Kutrowatz brothers took over artistic direction in 2009, the Liszt Center Raiding has developed into an international format. In 2003 there will be a program in several periods from March to December, for the future a year-round program is planned. In an unprecedented project in the world, all of the approximately 800 compositions by Franz Liszt will be performed over the next few years.

Extension for even more Liszt

Work on an extension of 700m², which will house exhibition rooms, dressing rooms for artists and administration, will start later this year. Completion is expected before the start of the 2025 season.

In 2023, musicians from over 30 nations will create a diverse program that includes 5 cycles. The Baroque Jazz Festival in March, followed by the “Brass Festival” in May, the two classical festivals in June and October focusing on the works of Liszt and the sounds of Pannonia, as well as the new “Family Concerts” in December – they all offer many big names and many highlights. Details about the program at: https://lisztfestival.at/

Franz Liszt – such a star in his life…

“I am often asked who the biggest stars of the festival are…” says Eduard Kutrowatz: “…my answer is always: Franz Liszt is our star!” The life and work of the Austro-Hungarian musical genius must be cultivated in Raiding – like Richard Wagner in Bayreuth. 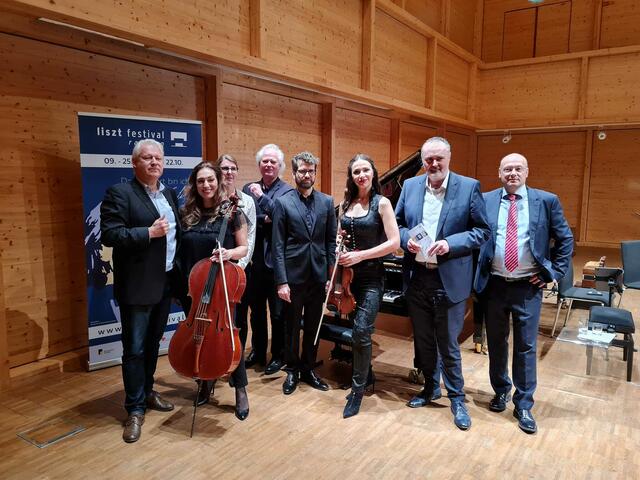