This is the fourth longest “snow drought” NYC has endured, but the Big Apple is set for its first major flood next week – breaking the 313-day dry spell

New York is finally set to be hit by a snow flurry next week after experiencing the fourth-longest drought on record.

The Big Apple has gone 313 days since this week without any measurable snowfall — categorized as 0.1 inches or more.

The longest snow-free period in the city’s history lasted 332 days and ended on December 15, 2020. 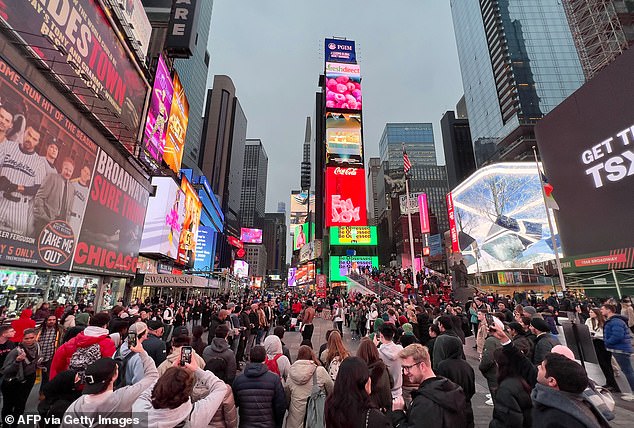 This year is on track to become the second-to-last recorded snowfall in a New York winter, surpassing a record set in 1871, when the white stuff didn’t arrive until January 21.

But it’s likely to be just short of the all-time record set in 1973, when no measurable snow occurred until January 29 of that season.

That’s because meteorologists are predicting that parts of New York will face about two inches of snowfall early next week.

A trio of storms are expected over the next week, starting with a relatively weak one on Thursday.

After that, a stronger storm is expected to move up the east coast late Sunday and last through Monday, with New York expected to be covered in snow until around Wednesday.

Another one is coming late next week.

New York State climate scientist Mark Wysocki told local news site NYUP.com: “We should shoot for two storms that should bring us nothing but snow. 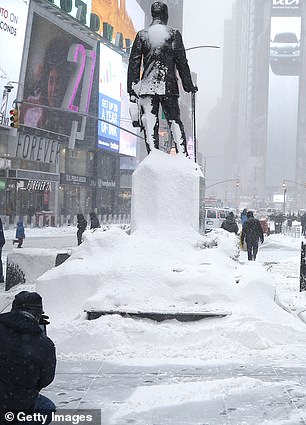 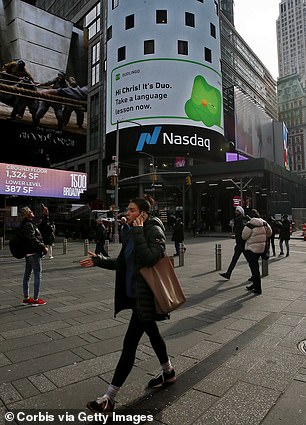 A photo taken in Times Square, NYC on January 29 shows the snow-covered city compared to January 13 of this year

“Each storm can bring 2 to 4 inches of snow, but that could change to 4 to 8 inches pretty quickly.”

A National Weather Service advisory released today also said: “There is a possibility of a coastal storm along the east coast that could bring wintry rainfall to the area Sunday into Monday.”

Images from the Ventusky weather station show that New York will be covered with about two inches of snow on Monday.

However, most parts will be dry again by the following Thursday. 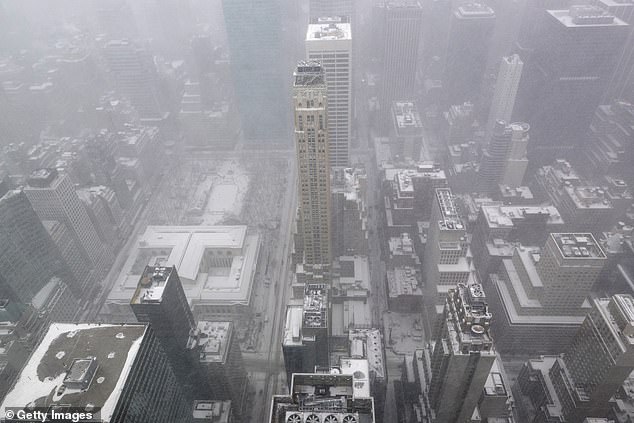 It comes after an unusually warm start to the year, with this January being ranked as the third mildest in New York on record.

The average temperature from January 1 to January 16 was 43.9 degrees Fahrenheit, almost 10 degrees above the average for this time of year.

Typically, New York sees its first snowdrops on December 11, and by January it tops nine inches.

It is the fourth longest snow-free strip the city has ever seen.