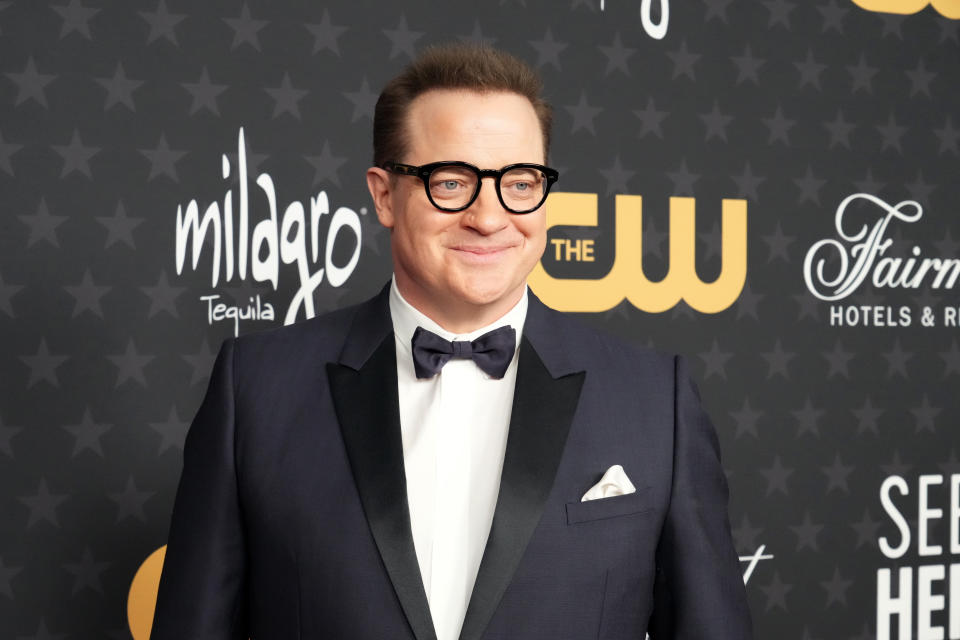 Brendan Fraser He’s having his moment of glory. At the age of 54 and when his last success as a protagonist was in 2008’s The Mummy: Tomb of the Dragon Emperor. His exciting work in The whale It has captivated critics and the industry since its premiere at the Venice Film Festival, and its recent win at the Critics Choice Awards brought it closer to an Oscar that anyone would say touches their fingertips. The Brendan thing is a special case, though. Most viewers haven’t seen his film yet (and won’t see it until February or March, depending on the country) and yet the approval is unanimous. For example, every time you win an award or inspire with a speech, the internet hits you and makes you a trend. It’s like we all want him to sweep, to win at all the ceremonies. And a video circulating on social networks summarizes in a few seconds the worldwide affection that has been felt in every tweet, retweet or like for several months.

When Brendan Fraser took the stage to accept the Best Actor award at the Critics Association awards ceremony, he moved the world again. Between tears and showing that honest naturalness he exudes when he speaks — which represents a man living the present to the fullest, with joy and happiness because he knows how life can suddenly change — he bared his soul in a few words. “I was in the desert. I probably should have left a trail of breadcrumbs, but you found me,” he told director Darren Aronofsky, citing his career in Hollywood before offering some wonderful advice on personal empowerment. “If, like Charlie, who I played in this film, you’re struggling with obesity in any way, or just feel like you’re in a dark sea, I want you to know that you too can have the strength to stand up and… to go light, good things will happen. Her voice trembled. The eyes were full of tears. And ours too. And so, in a matter of seconds, he managed to get the public to re-show the affection they have for him, turning his name into a trend and the speech into a viral fashion. But there is another video that depicts that very universal love that throbs in the air at the mention of its name.

As is customary in awards season, the winners posed for photographers after the awards ceremony. And as the cast of Everything Everywhere at the Same Time posed with their Best Picture award, they realized Brendan was waiting in the back for his turn. And they didn’t hesitate for a second. At the same time they cheered and clapped and motioned for him to come closer. They placed him in the center as if he were the main character (which he was, but at night, not in the film) and they all posed for the photo together. Without stopping screaming and celebrating. It was like everyone wanted a piece of Frasermania. Be there. Share it.

But there is more. Ke Huy Quan, the other protagonist of the evening, ran towards him when he saw him backstage. The two don’t stop reuniting this awards season more than 30 years after collaborating on Man from California (Encino-Man), taking photos together and leaving such beautiful videos as this one:

As all of Hollywood continues to join in his big moment of fame.

And that’s exactly what provokes Brendan. The desire to celebrate this pivotal moment in his life and wish him the best. A reaction that I believe is related to the humility inherent in any interview, award or media appearance. Without losing sight of how special this moment is, getting emotional again and again and even seeming a little uncomfortable in the face of so much applause and recognition. We saw him in Venice when it all started, telling people to sit down if they didn’t stop giving him a six-minute standing ovation, and we still see him today. And humility is something that the public notices and appreciates.

But there is also a factor that few players achieve. And it’s the weight of nostalgia. No one can take away the fact that his films deeply impressed viewers in the 1990s. For many of us, his character represents afternoons of comedy and healthy fun through hits like George of the Jungle or The Mummy, but also great dramatic talent, as he demonstrated in The Impassive American.

But in your case there is another factor at play phrasemania. And it’s the story of overcoming that Brendan represents. That of a man who saw the lights of Hollywood go out when he turned 40. Because when he started to slip off Hollywood’s radar, he was young and had a career ahead of him. But between a couple of failures (The Magic Book, Peluda Revenge) and after being typecast into the role of court jester, business turned away from him. And he did the same. But for other, more personal and painful reasons. A divorce, the death of his mother, and the physical discomfort from the injuries and surgeries caused by the action scenes spent in and out of hospitals for nearly seven years were the first obstacles that prompted him to take a step back. However, as he told GQ in 2018, the straw that “made him choose to forget” and plunged him into depression was the alleged sexual molestation he allegedly suffered as the former president of the Golden Globes , Philip Berk, touched him. buttocks without her consent.

Time passed and Brendan returned. Now stronger than ever. Because in reality he never stopped working, but the projects became smaller and smaller, and the main roles disappeared. While not on the radar of major productions, his filmography has been consistent but overshadowed by the bright spotlight of the business with great performances on shows like The Affair and Trust.

Brendan Fraser It has the public’s nostalgic affection, but in my opinion much of the affection is a result of the admiration its story inspires. To see a person who has hit rock bottom climb the difficult steps of depression, shaking off the past to live in the present with such dedication, humility and professionalism, inspires, moves and motivates us. And even Hollywood can’t help but fall for the Frasermania.