For those in a hurry

Our research starts with a tweet reported by a user. It shared the video published by Yarikfors with the following comment: “Ukraine, ciak si gira…”. 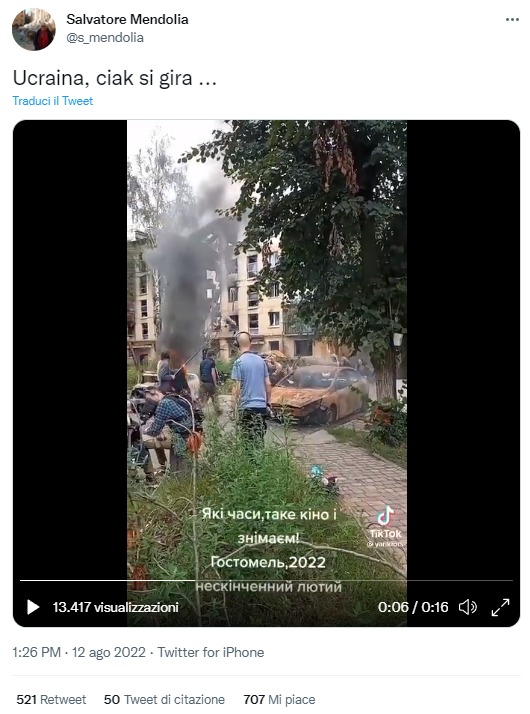 Mario: “How great they make fun of us”

Milena: “They even tell them what to do… to set up the terror scenes” 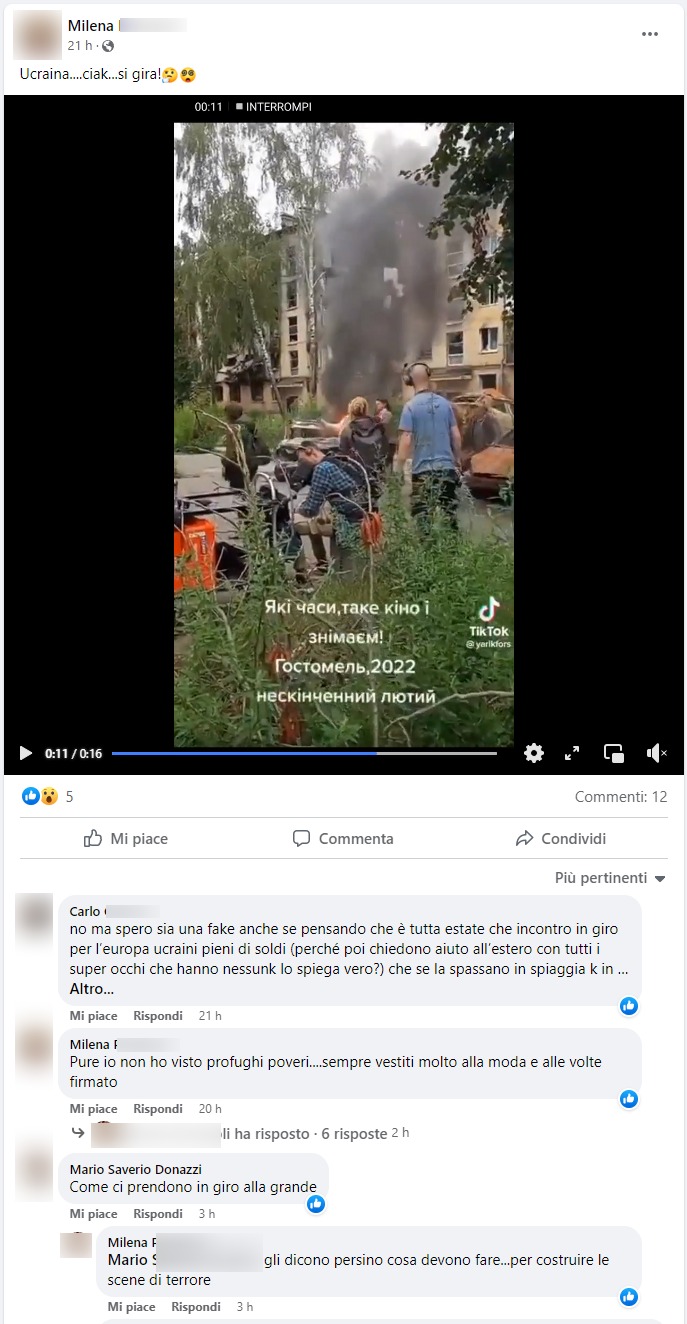 In some parts we read comments like: «Look at how journalism works…». 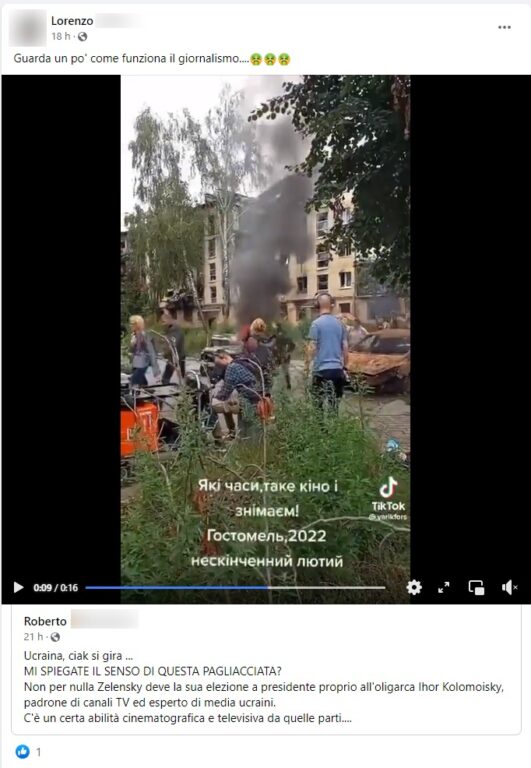 The video was also published without comment by the pro-Russian Lambrenedetto. Here is an example of a reaction given the lack of context: “This is how they escape from war, fiction or reality…” writes the user Angelo, who shares Lambrenedetto’s post. 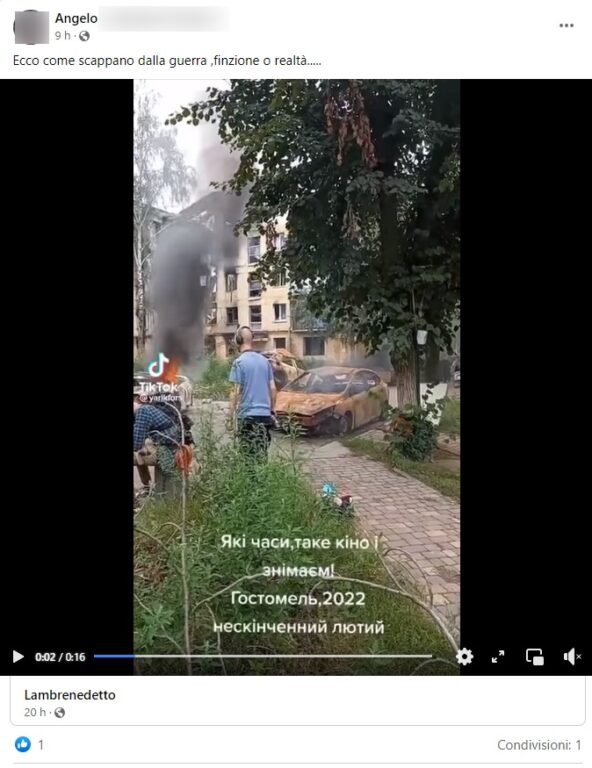 Anyone who tries to translate the text in the video into Ukrainian, including using Google Lens, will immediately find two pieces of information: a reference to Gostomel and the words «February indefinitely». Does that mean filming is going back to February? Strange considering the invasion started on the 24th of this month. Was everything prepared? This is not the case, it would suffice to look closely at the scene: one of the operators is wearing a short-sleeved shirt, while the actors are wearing warm clothes. In February, temperatures in Gostomel are very low. 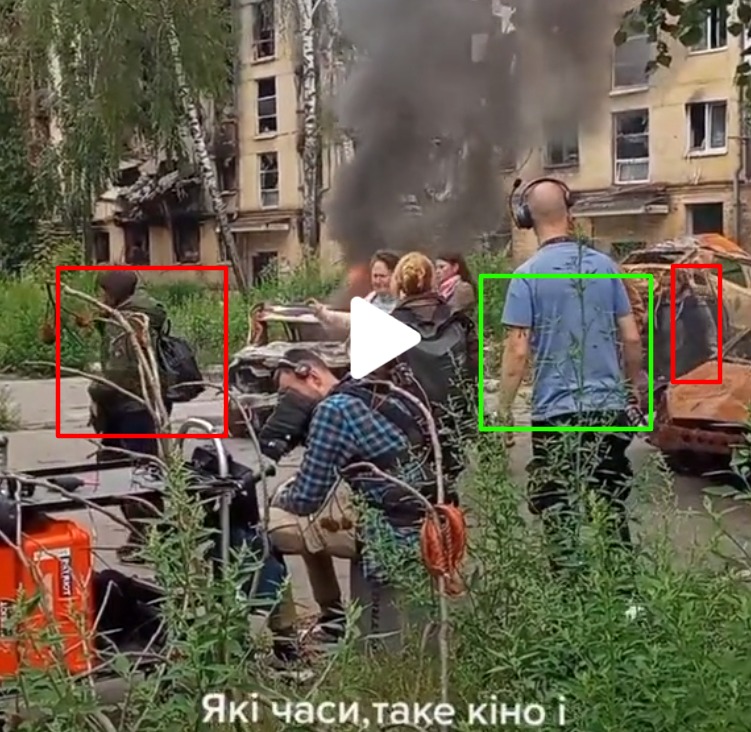 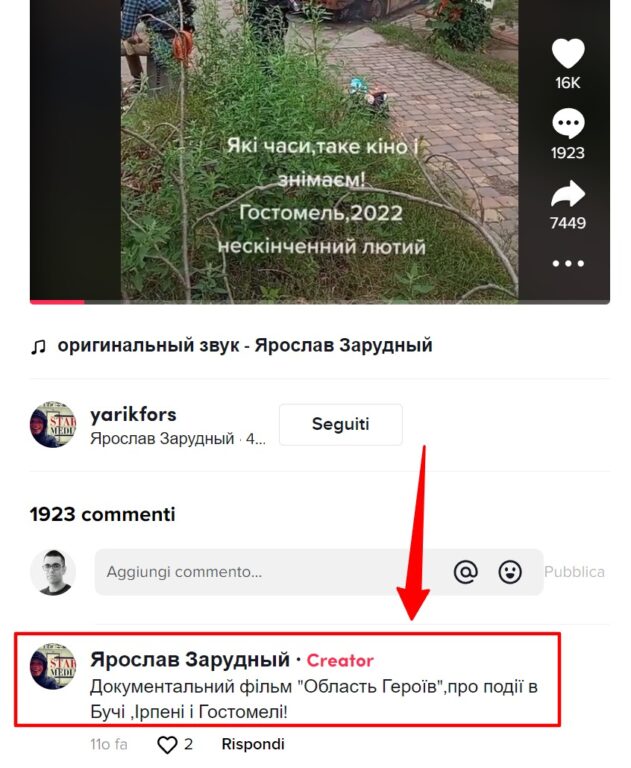 Basically, Yarikfors warns other users that the video is about making a documentary called “Region of Heroes” about the events of Bucha, Irpin and Gostomel. It is therefore no evidence that the scenes we witnessed during those months of war were or corroborate untruths orchestrated by the Ukrainians.

When searching for the name of the documentary (“Область Героїв”), we find several articles in Ukrainian from July 27, 2022, which, in addition to the photos, also indicate the purpose of the work: “The project of the film aims to document the exploits of the residents of the Kyiv region during the occupation.” A Facebook page was also created on July 23. 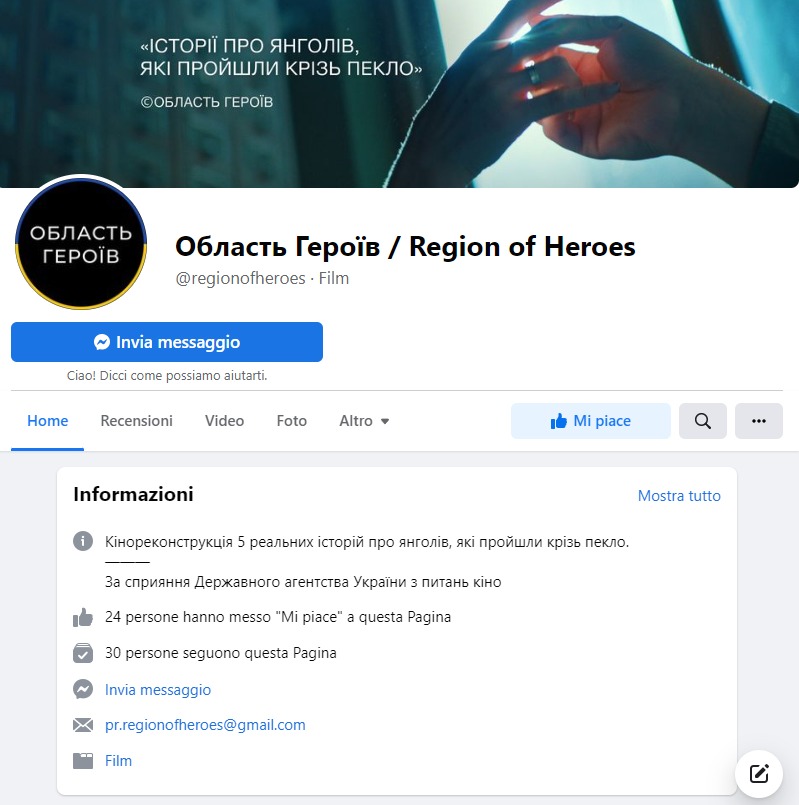 We have contacted the documentary’s authors and have received confirmation that the video released by Yarikfors concerns their filming:

The video posted on TikTok is an eyewitness video of our shooting of a Ukrainian documentary about residents of the Kyiv region during the Russian occupation, based on real events.

We don’t shoot fakes about Russia. You can see for yourself when the film hits the cinemas in the fall.

It turned out that the opposite was true: the Russian public, which has nothing to do with our shooting, uses this video to spread false information.

The video is shared on social media without context, favoring the false and misleading interpretation of the Ukrainian documentary.

This article contributes to a Facebook project to fight fake news and disinformation on its social platforms. Read more about our partnership with Facebook here.