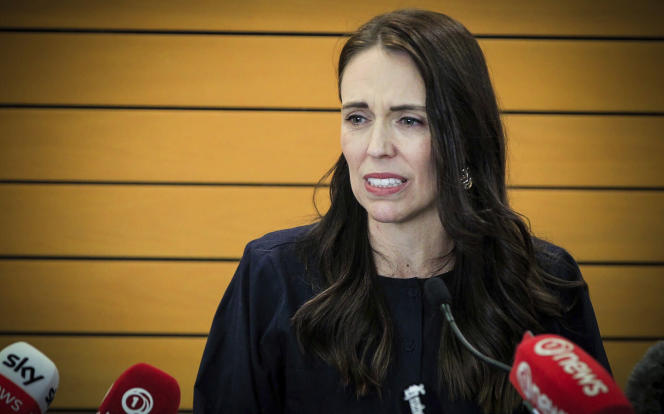 On Thursday 19 January, New Zealand Prime Minister Jacinda Ardern announced her resignation on the verge of tears, her voice sometimes shaking. The man who became the youngest Kiwi prime minister in 161 years in October 2017 before being triumphantly re-elected in October 2020 will leave office on February 7. An announcement that sent a shockwave across the archipelago as it is rare for a leader to relinquish power, especially when enjoying the 42-year-old leader’s popularity.

“I gave everything to become prime minister, but it also cost me a lot. You cannot and should not do this work unless you have a full tank, let alone reserves, for the unforeseen and unexpected challenges that inevitably arise,” she told a news conference. “I just don’t have enough energy for four more years,” added the Labor MP, who has proved rock solid over the past five years as a series of crises rocked her country: from the mass killings committed by one White supremacist at two mosques in Christchurch on March 15, 2019 until the arrival of Covid-19 in February 2020 from the White Island volcano eruption on December 9, 2019 which left twenty one dead.

Her calm, determination and the quality of her leadership earned her the title of the most popular New Zealand leader in a century in a May 2020 poll, and internationally “the Anti-Trump,” as some English-language media outlets have dubbed her. “She showed that you can be a benevolent and competent leader,” said Jennifer Lees-Marshment, professor of political marketing at the University of Auckland, also prime minister and mother. »

As the world’s second prime minister, after Pakistan’s Benazir Bhutto, to have a child during her tenure, the centre-left leader made her name abroad for the first time. The former amateur DJ announced the birth of her daughter on social media in June 2018 before taking a six-week maternity leave, reinforcing her image of simplicity and normalcy in her country. Qualities that had already earned him a lightning fast rise in the New Zealand political scene. Nominated as a candidate less than two months before the September 2017 general election and placed at the head of a Labor Party nearly 20 points behind her rival in the polls, she had pushed the Conservatives back into the ranks against all odds, according to the opposition nine years of rule.

You still have 44.56% of this article to read. The following is for subscribers only.