A “disproportionate” influence that “damages” public health. This is how two NGOs specializing in health qualify the relationship between pharmaceutical companies and the European institutions in their latest report.

The influence of the pharmaceutical lobby in the European institutions, be it the European Commission or the European Parliament, would have been strengthened during the Covid-19 pandemic. And not without affecting the health of citizens.

At least that’s what the Global Health Advocates (GHA) and StopAids associations point out in their report published this Friday (January 20).

“Private interests have exerted an outsized influence on European decision-makers during the pandemic, leading to a lack of transparency in publicly funded vaccine contracts,” summarizes Rowan Dunn, EU Advocacy Coordinator at GHA, in an interview with EURACTIV France.

But very quickly, Europe was falling behind in its vaccination campaign, particularly when compared to the UK and US, and “public pressure” began to weigh on the Commission, continues the advocacy coordinator at GHA.

There would then be a “very important” change in the European Commission’s vaccination strategy, stressed Belgian MEP Marc Botenga, also a member of the special committee on Covid.

“Ursula von der Leyen has abandoned the idea of ​​making the vaccine a public good to move towards purchasing agreements with pharmaceutical companies,” he told EURACTIV France in an interview. 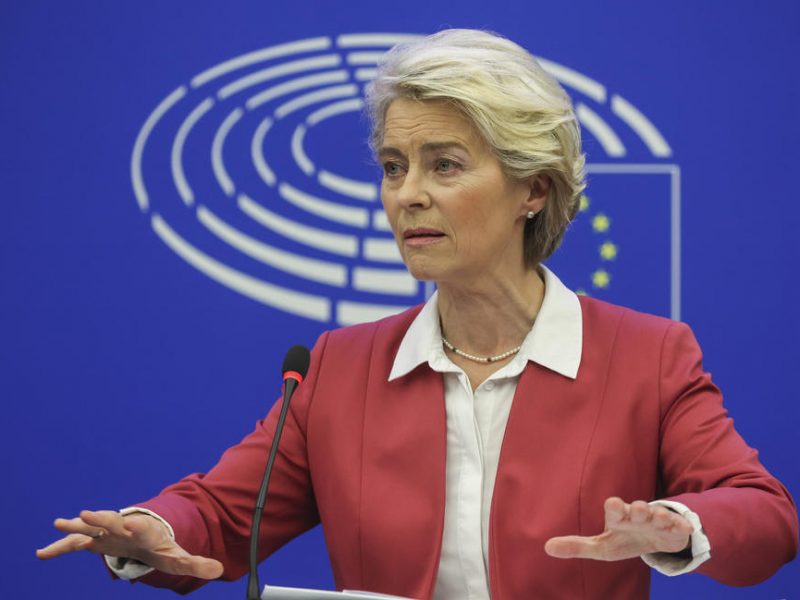 In June 2020, the European Commission signs contracts with pharmaceutical companies to supply Member States with doses of vaccine against Covid-19.

These joint purchases of vaccines, better known as the European Vaccines Strategy, have made it possible to speed up the manufacture of doses and ensure equal access to vaccination for all European citizens.

While most doses were sourced from Pfizer, five other labs have received the green light from the European Medicines Agency (EMA): Moderna, AstraZeneca, Janssen, Novavax and Valneva. It’s a success: the first doses will be given by the end of 2020 and by July 2021 70% of adults in the EU had received at least one dose of the vaccine.

But according to the two NGOs’ report, in the face of the vaccine emergency, the Commission gave in to certain demands from pharmaceutical laboratories, including on the price of vaccines, transparency of contracts, but also on intellectual property. “The advantage of intellectual property, however, is that pharmaceutical companies have a monopoly and can make maximum profit from it,” says Marc Botenga.

Before adding: “By letting pharmaceutical labs control the price of doses, thanks to intellectual property, our social security has been held up.”

But that’s not all. The report blames Big Pharma’s “excessive influence” on the European Commission for potentially impeding access to the vaccine for populations in poor countries. “As big pharma is in the driving seat and has chosen to pursue their private interests, low-income countries have likely been denied access to vaccines,” said James Cole, advocacy manager at StopAids. 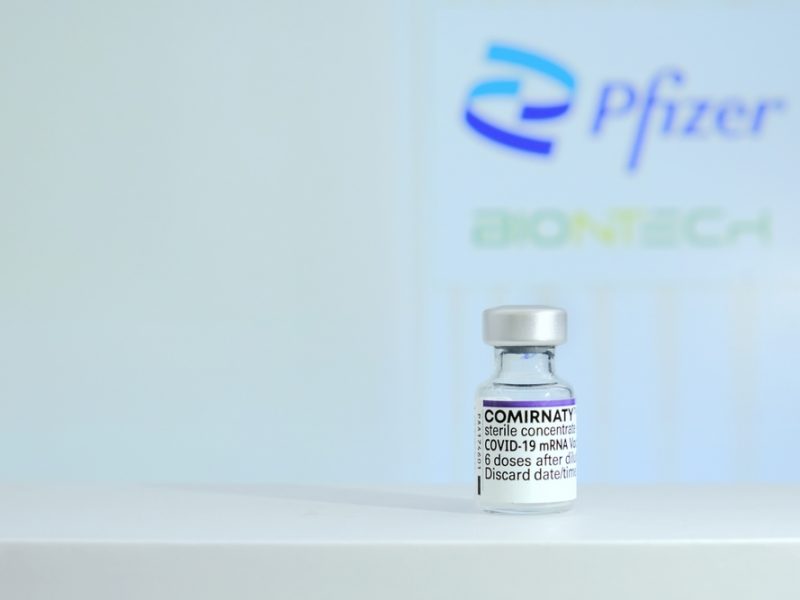 Pfizer could be expelled from the European Parliament

The COVI committee on Wednesday (11 January) approved the Green Group’s proposal to ban Pfizer from access to the European Parliament after the laboratory failed to cooperate to declare itself on the contracts for the purchase of vaccines during the pandemic .

Pfizer and the SMS case

To illustrate the weight of the pharmaceutical lobby, the report uses the vaccine purchase agreements between Pfizer and the European Commission as an example.

These vaccine purchase agreements between the American giant and the European executive are at the center of a controversy: they are redacted and therefore illegible. The European Parliament, NGOs, but also the EU Ombudsman are demanding their publication.

Added to this are suspicions over text messages exchanged between European Commission President Ursula von der Leyen and Pfizer CEO Albert Bourla relating to negotiating a deal for 1.8 billion doses of Covid vaccine.

“No one can negotiate the complexity of these contracts, either by SMS or alone. It was a very well-structured process between Member States and the Commission,” Commission Vice-President Margaritis Schinas assured on Wednesday 26 October.

“There is an unhealthy relationship between the institutions and Pfizer. We want to know what impact these text messages have on the negotiation. Are certain details like the price sent via SMS? ‘ replies Marc Botenga.

Despite the success of vaccination in Europe, the Covid pandemic has highlighted the very strong influence pharmaceutical companies have on the authorities.

In order to increase transparency and to limit this lobbying, StopAids and GHA recommend in particular that future negotiations between the Commission and the pharmaceutical companies be conducted “completely openly and transparently” and use “established processes rather than informal channels”. .

Pfizer, AstraZeneca and Moderna did not respond to requests from GHA and StopAids.