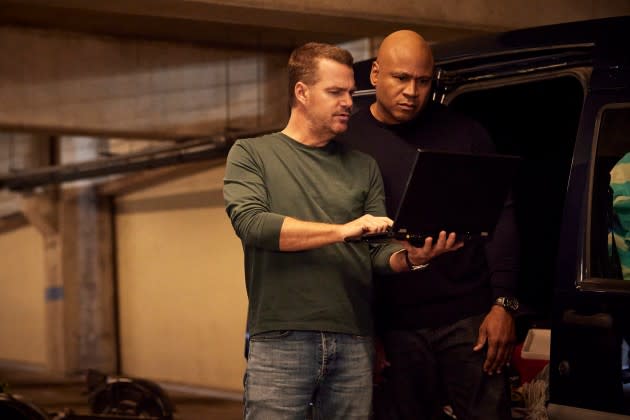 One of CBS’ longest-running scripted series, NCIS: Los Angeles is coming to an end after 322 episodes. The current 14th season will be the last of the show, with the series finale scheduled for May 14, airing on the network and streaming live and on-demand on Paramount+.

The NCIS spinoff, starring LL Cool J and Chris O’Donnell, is the fifth-longest-running CBS primetime scripted series of all time, behind only Gunsmoke, Lassie, CSI, and Criminal Minds. Among the four, the two shows that have aired in the last 50 years, CSI and Criminal Minds, have both since been revived, boding well for the future of NCIS: Los Angeles.

TV series turning black in 2023 and beyond: photo gallery of canceled shows

Terrence O’Hara dies: The TV director of “NCIS”, “Smallville” and “Angel” was 76

Additionally, NCIS: Los Angeles is a rare long-running procedural drama that has kept its original leads, LL Cool J and O’Donnell, throughout. Both have spoken publicly about their commitment to the series, which reached the 300-episode milestone last May, and their fellow cast members.

Sources say the cast and crew of NCIS: Los Angeles will be notified of the end of the series today. A cancellation of a long-running drama starring big-name leads filming in LA shouldn’t come as a shock given the steep price tag that comes with it, especially at a time when networks across the board are trying to cut spending. Still, I’ve heard the cancellation news came as a surprise to many associated with the show, given the strong ratings for the three-way crossover with parent ship NCIS and newest spinoff NCIS: Hawai’i follow.

“This NCIS crossover was a HUGE hit!” LL Cool J just wrote on Instagram. “After 14 seasons this is the perfect time to end @ncisla at the top of our game!!!”

I hear the timing of the decision stems from the network’s desire to allow showrunner R. Scott Gemmill and his team to create a series finale that they need to jump onto immediately to get it ready for May. In a statement (which you can read in full later in the story), Gemmill promised fans an ending that’s “both satisfying and true to these beloved characters.”

NCIS: Los Angeles was the first NCIS spin-off, now in its 20th season. It was followed by NCIS: New Orleans, which ran for seven seasons, and NCIS: Hawai’i, now in its second season.

NCIS: Los Angeles was boosted by its affiliation with the NCIS franchise and set a record for fastest off-network syndication sales in the fall of 2009 when it was sold by USA Network after just 6-7 weeks for a whopping 2.2 to 2 $.3 million per episode was snatched from its run. The series has remained a moneymaker for producer CBS Studios and is distributed in more than 200 countries.

“For 14 seasons, NCIS: Los Angeles has been a staple of our lineup with characters that have been a pleasure to watch,” said Amy Reisenbach, president of CBS Entertainment. “From day one, the cast, producers and crew were great networking/studio partners and their teamwork, talent and spirit were vividly expressed on screen. We are so grateful for the collaboration and remarkable run of these valued members of our CBS family and plan to give them the grand farewell they and their fans deserve.”

Unlike the mothership series NCIS, which stayed in its original Tuesday timeslot for nearly two decades until recently moving to Monday, NCIS: Los Angeles was a classic utility player for CBS, having moved seven times in 14 seasons and helped restore a beach for the Sunday Scripted Series Network.

Created by Shane Brennan, the series averages 6.06 million viewers and is the top scripted program in its Sunday 10 p.m. slot. To date, new episodes have amassed more than 591 million potential social media impressions, and Americans have watched over 4.2 billion minutes (as of January 15) of the current season.

“I would like to thank both the network and the studio for their partnership and support over the years; Shane Brennan for giving us such a great playground; and my partners John P. Kousakis, Frank Military, Kyle Harimoto and Andrew Bartels for their tireless efforts and collaboration episode after episode,” said NCIS: Los Angeles Executive Producer and Showrunner Gemmill. “Our crew has grown into a true family and their hard work and dedication has been fundamental to our success year after year. My deepest thanks go to the cast who brought our characters to life with their passionate performances – thank you for your talent, professionalism and continued enthusiasm. And to our loyal viewers who have loved our characters and followed their journeys, thank you. We look forward to delivering an ending to the series that is both satisfying and true to these beloved characters.”