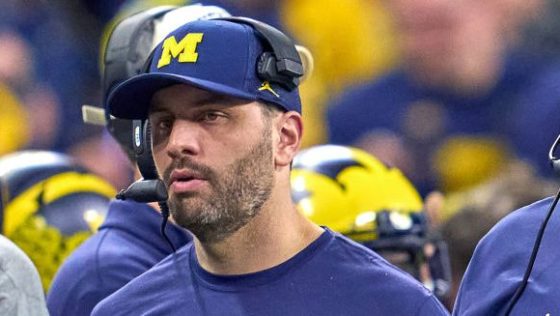 It’s been a busy week for Jim Harbaugh and the University of Michigan.

On Monday, Harbaugh announced he was staying in place despite NFL interest. On Tuesday, the Detroit News reported that Michigan co-offensive coordinator Matt Weiss has been placed on paid leave while varsity police conduct a criminal investigation.

“I am aware of the ongoing investigation by the University of Michigan Police Department and I am fully cooperating with investigators,” Weiss told the Detroit News. “I look forward to the clarification of the matter. Out of respect for the integrity of the investigation, I will not comment further.”

Weiss spent 12 years with the Ravens and John Harbaugh before joining Michigan in 2021. Weiss previously worked for Jim Harbaugh at Stanford.

The information is very extensive and inaccurate. It’s unclear what Weiss allegedly did or didn’t do. Hopefully the end result will provide sufficient clarity and transparency one way or another.