By Elizabeth Elkind, US Political Reporter

Republican Reps Marjorie Taylor Greene and Lauren Boebert narrowly avoided a heated argument in a women’s restroom on Capitol Hill as the contentious fight over who would become Speaker of the House of Representatives had just begun, it was reported Monday.

It’s not the first report of a puff of dust between the two hot-headed Conservatives, and their alleged private feud was briefly exposed when Greene broke away from her Conservative colleagues to support current Speaker Kevin McCarthy.

According to the Daily Beast, it took place on January 3 of this year, the first of four days that the fight for the hammer took place.

Sources reportedly told the outlet that the brief confrontation took place over Boebert’s opposition to McCarthy.

The report suggests that Greene caught Boebert off guard, who was unaware that the Georgia legislature was in a restroom stall until she came out to address her Colorado counterpart. 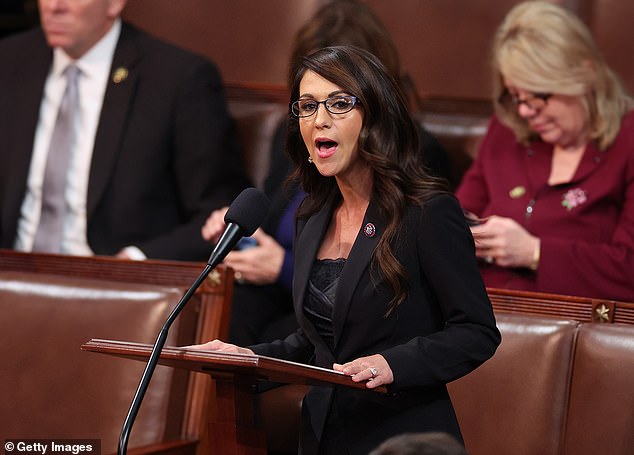 Boebert stood against McCarthy in most of the 15 rounds, even stepping up once to nominate another Republican for the speaker’s gavel

“You agreed to take millions of dollars from McCarthy, but you refuse to vote for him as speaker, Lauren?” Greene reportedly said.

A Daily Beast source described her as “running out of the bathroom like a little schoolgirl.”

has reached out to Boebert and Greene’s offices for comment.

Greene had leveled similar allegations at Boebert on Twitter after the Colorado congresswoman taunted her when she opposed McCarthy’s candidacy for speaker in an interview with Florida Rep. Matt Gaetz – another McCarthy critic.

She even claimed Boebert was fomenting “high school drama.” 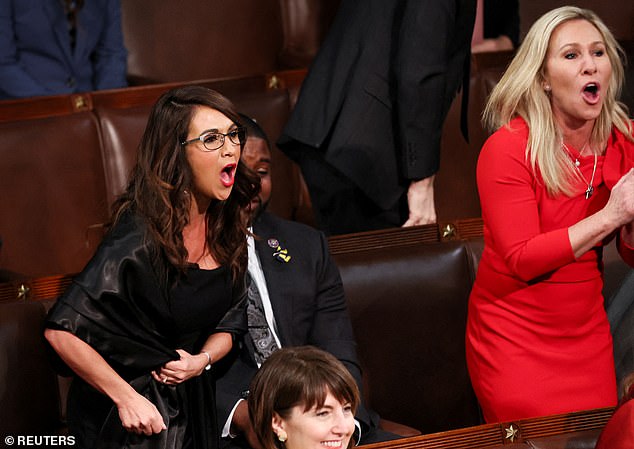 It’s long been reported that Boebert and Greene have a frosty relationship, despite their public similarities and overlapping beliefs

“She narrowly got through by 500 votes,” Greene said, citing Boebert’s unprecedentedly close re-election race in November.

In fact, Boebert never voted for McCarthy — but she was among the last holdouts who eventually agreed to vote “present” to get him just over the finish line.

Greene, on the other hand, was among McCarthy’s most vocal supporters.

Politico reported in April that Boebert and Greene had fallen out over his attendance at a rally by a prominent white nationalist.

That confrontation apparently had to be de-escalated by another GOP lawmaker.