Following the evacuation of the settlement of Lützerath in the German state of North Rhine-Westphalia, there were further clashes between protesters and police today. Officers also used batons and pepper spray again, a police spokesman confirmed. Swedish climate activist Greta Thunberg was one of several demonstrators who were taken by police from the edge of the open pit lignite mine in Garzweiler and held for identification purposes.

Police confirmed on Tuesday that Thunberg was part of the group that moved towards the edge and was stopped and taken away. The mine has a sharp edge, staying there is dangerous and prohibited. A dpa photographer noted that Thunberg was picked up by three police officers and dropped after a good 50 meters to perform an ID check. Around 60 to 70 activists had already sat down near the edge of the demolition for a protest action.

A police spokeswoman confirmed that Thunberg had been detained to determine personal details. Once the identities of all involved were established, the group would be driven out of the danger area by bus and then released.

Lützerath was also isolated. According to the police, people had already left a demonstration and headed towards the open pit mine and Lützerath. This led to a confrontation with the police. 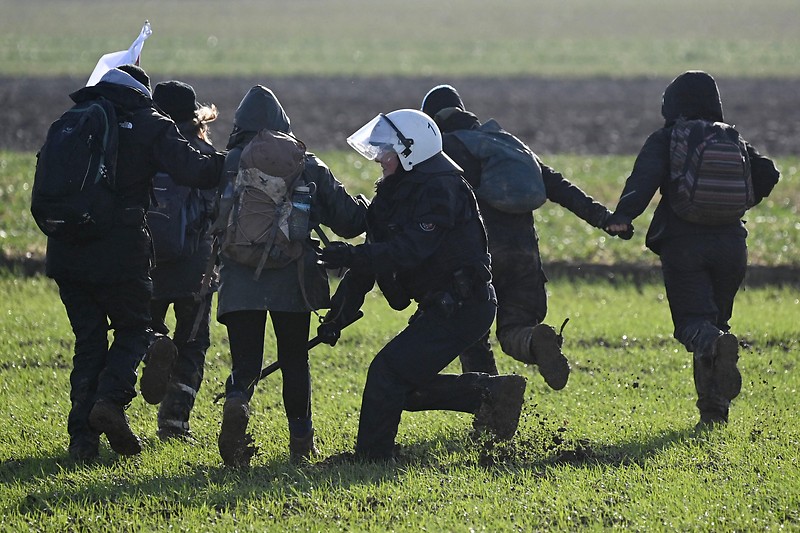 Before that, there had already been several other protests in the state. Climate activists from the “Extinction Rebellion” group joined the North Rhine-Westphalia (NRW) Ministry of the Interior in Düsseldorf. About a dozen people, including a mother and son, were involved in the action, police and interior ministry spokesmen said. They protested against the eviction of the lignite mining settlement and demanded the resignation of NRW Interior Minister Herbert Reul (CDU) because of the police operation carried out there. Activists also complained about police violence and criminalization during last week’s eviction.