They say that even before the conquest, the Incas jealously guarded the secret of the properties of a plant that grew in South American countries. They also say they’ve since called it Lemon Verbena, without really knowing the reason for that name.

There is a documented tradition of the indigenous people, Lippia triphylla, as it is scientifically called, basically to combat digestive disorders, although it serves to alleviate and eliminate other diseases of the human body. These were precisely the medicinal benefits surpassed for consumption in Europe after the arrival of the Spanish in the New World.

Lemon verbena is native to South America (Chile and Argentina). It is characterized by being a plant whose height can vary from 0.5 to 2 meters, which is why it is considered a shrub because the branches are somewhat woody. Its leaves are green, elongated and rough, they are attached directly to the stem and have a length that varies from 20 to 100 cm and a width of 1.5 cm.

Botanically, it belongs to the verbena family. Its flower, which grows in summer and forms small whitish or pink bouquets with a pleasant citrus scent, is striking from its external appearance. In a different order depending on the geographic region, it is also known as cedrón, cidrón, verbena de Indias, or fragrant verbena.

Its active ingredients give this shrub its multiple properties, making it one of the most consumed medicinal plants in Europe and the most widely used, both in phytotherapy and in the manufacture of perfumes and soaps.

Precisely these natural properties are obtained from the substances extracted from the leaves and their use is authorized by the European Commission, ESCOP and the European Medicines Agency.

Natural and folk medicine has added it to the extensive list that this ancient practice has, recognizing its effects to improve digestive processes, reduce gas, fight bad breath, increase white blood cell production, and limit the spread of bacteria impede. .

Similarly, the popular pharmacopoeia recommends it for mild pain, indigestion or indigestion, and as a muscle relaxant. In turn, on the advice of grandparents, it is used to relieve coughs and all sore throats, while facilitating the elimination of mucus in the respiratory tract, as well as in mild cases of bronchitis or colds.

And they say more. In many regions of the American continent and other parts of the world, relaxing effects are attributed to it, as it helps against insomnia, stress, anxiety or nervousness. And there’s no shortage of those who say it prevents cellular aging, reduces muscle damage from intense exercise, and protects against free radicals.

Meanwhile, and as if that weren’t enough, according to research and studies, they point to lemon verbena for its antispasmodic properties (recommended to relieve spasms or muscle contractions); Dewormers (help drive out worms and pinworms) and antiseptics (relieve insect or animal bites). 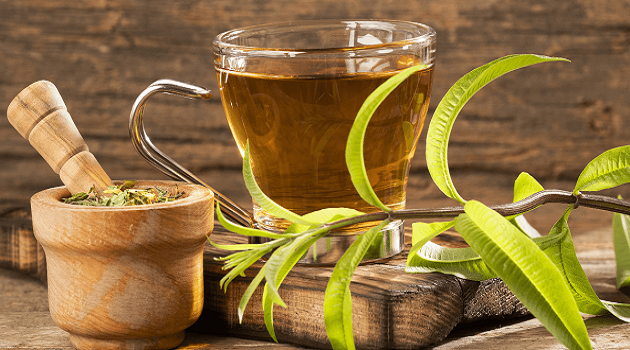 Products made from the active principles of lemon verbena come in different formats so that you can find them as essential oil, dry leaves in bulk, sachets prepared for infusion, as a live plant, in seeds for planting or in the areas of hygiene, Beauty and pharmacy can buy or dietary supplements.

However, the most widespread in the vernacular is the infusion, the preparation of which is very simple, you just need to boil dry or fresh leaves of the plant for 30 minutes. Let the mixture sit and then add some honey if you want to sweeten it, some even prefer to add lemon, chamomile or lemon balm.

Another way to take Laverbena de Indias is with mate or tereré. Widespread in southern Brazil, Argentina, Paraguay, and Uruguay, this practice consists of incorporating some mate leaves into the herb. The preparation process is the same as the previous one, only we have to add the mentioned ingredient.

As a curiosity, it should be noted that Lippia triphylla is also often used in gastronomy, since it is one of the spices, thanks to its characteristic aroma, to prepare certain dishes with an exquisite taste. There are also alcoholic and non-alcoholic drinks made from this herb, even a well-known commercial drink from Peru is made from it.

Although lemon verbena has no toxicity, there are some contraindications to its use. It is recommended not to be consumed during pregnancy and lactation, or in people with kidney problems and diabetes. Other warnings relate to dose and frequency of use. With this in mind, no more than two cups of infusion should be consumed per day and no longer than two weeks in a row.

Finally, some of the side effects that have been reported with excessive lemon verbena intake manifest in skin irritation, dizziness, vomiting, diarrhea, and drowsiness. Faced with any of these symptoms, it is necessary to consult your GP who can advise you on which drug formula is the most advisable. 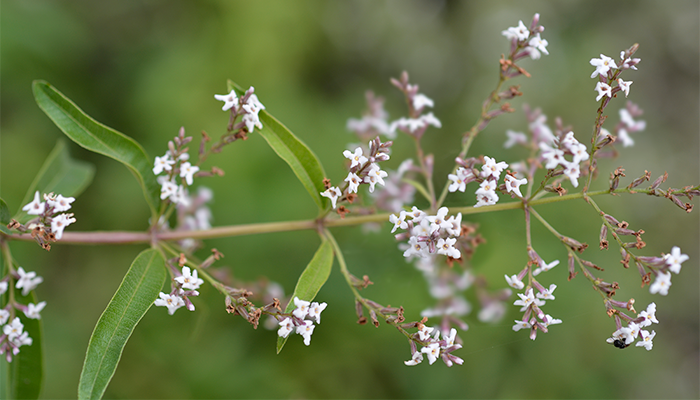