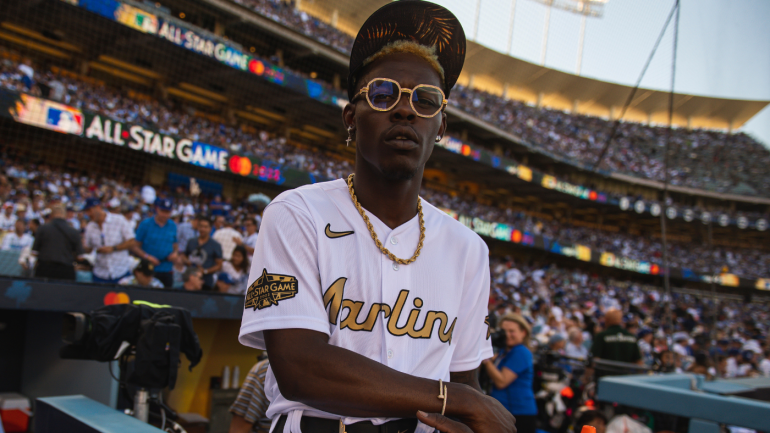 The Miami Marlins brought infielder Luis Arraez from the Minnesota Twins on Friday in a four-player trade that exported veteran starting pitcher Pablo López and top infield prospect Jose Salas (as well as an intriguing young outfield prospect). A natural reaction to the trade was how exactly the Marlins intended to use their collection of infielders. Thankfully, general manager Kim Ng gave some insight into their plans, and here’s a teaser: They include Jazz Chisholm Jr being moved to midfield.

You read that right. Chisholm, who has never played an inning in the outfield as a pro, was one of two potential insiders to consider at shortstop after a recent move that sent Miguel Rojas Jr. to the Los Angeles Dodgers. The other candidate, Joey Wendle, appears to have won the job by default. Elsewhere in the infield, Ng said newly acquired Arraez will likely see most of his action at second base and that free-agent signer Jean Segura will take over at third base.

It’s worth noting that all of the above players – Chisholm, Wendle, Arraez and Segura – will all be taking up new main positions in 2023 compared to their duties last season. That said, Arraez’s main position in 2022 was first base; Chisholm and Segura’s was second; and Wendle was third. The Marlins are banking on these players being skillful adapters.

Chisholm for his part seems to have an enviable attitude towards the whole swapping thing. Craig Mish tweeted that the new outfielder told him his plans were to “go out, play the position and win a gold glove.” That last part may prove overzealous, but it’s preferable to a gloomy outlook.

The real question for the Marlins, of course, is whether the compromises they’re making defensively are worth the gains they’re hoping for offensively. It’s still too early to say for sure; At the very least, it’s fair to say that if they try to usurp the New York Mets, Atlanta Braves or Philadelphia Phillies in the National League East hierarchy, they’ll have to put up a pretty uphill battle.