Kate Ferdinand has revealed one of her children was in a “bad accident” as she described her “stressful” weekend.

In an Instagram post on Monday, she reassured her followers that the child – who she didn’t name – was “fine,” but noted “it could have been so much worse.”

Kate went on to reveal that she is also unwell as she has contracted shingles – an infection that causes a painful rash.

She wrote: “Morning guys. This week is a different kind of Monday for me, it was a really stressful weekend!

“One of the kids had a bad accident, thank goodness they are ok and only have one leg in a cast, it could have been so much worse, we are definitely being watched.

I also have shingles and am feeling really crappy and sore and emotional from what happened this weekend!

“So me & Ron’s [her dog] lie in bed in the morning. I would be so grateful for any advice.’

Web has reached out to Kate’s rep for comment. 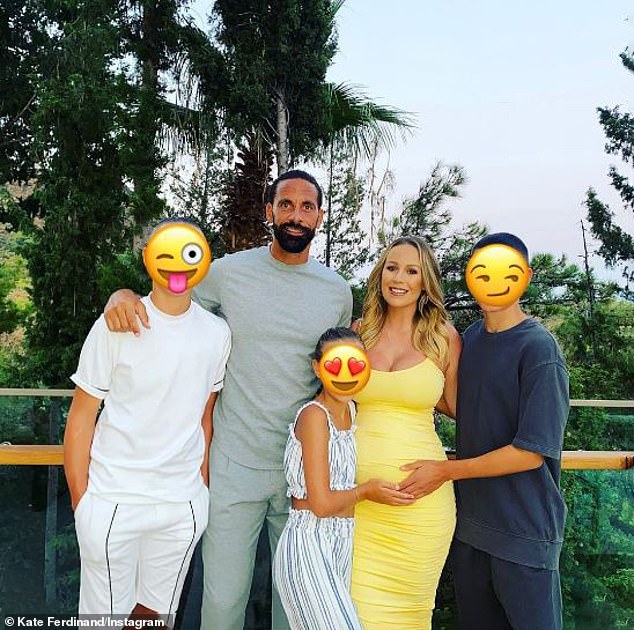 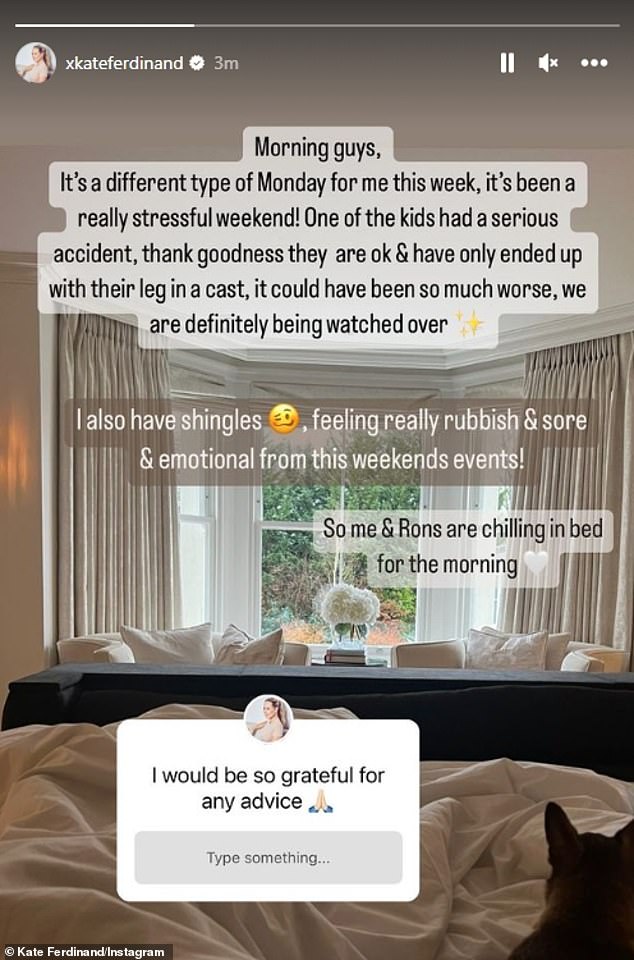 Shocking: In an Instagram post on Monday, she reassured her followers that the child – who she did not name – was “fine,” but noted “it could have been so much worse.”

It comes after Kate revealed she’s spoken to a psychotherapist about what it’s like to be part of a blended family at Christmas.

Kate admitted she’s hard on herself at times and “doing it a little wrong”, panicking when making Sunday roasts and “ruining the mood in the house”. She said she knows it’s “important to relax in these situations.”

Last year, Kate insisted she never wanted to take the place of Rebecca, the mother of her stepchildren – who died of cancer in 2015.

Kate explained that getting to know Rebecca has made her a better mother.

She said: “Your mother is a big part of our lives and always will be. I would never want the kids to think I’m doing the role [Rebecca].

“I’m a mother figure to her, but her mother is her mother. She is part of our life. We talk about her all the time. It’s really weird, but I feel like I know her.

She added: “In order for me to be the best parent to my three stepchildren, I need to know her and what she would do. I accept all of that.

“Looking back, it was tough. But I have this mentality, I love Rio and if I love Rio then it has to work.

“I want to be part of everything. I don’t want to be a half-hearted stepmom. If I love him and the kids, I have to be there for everything.” 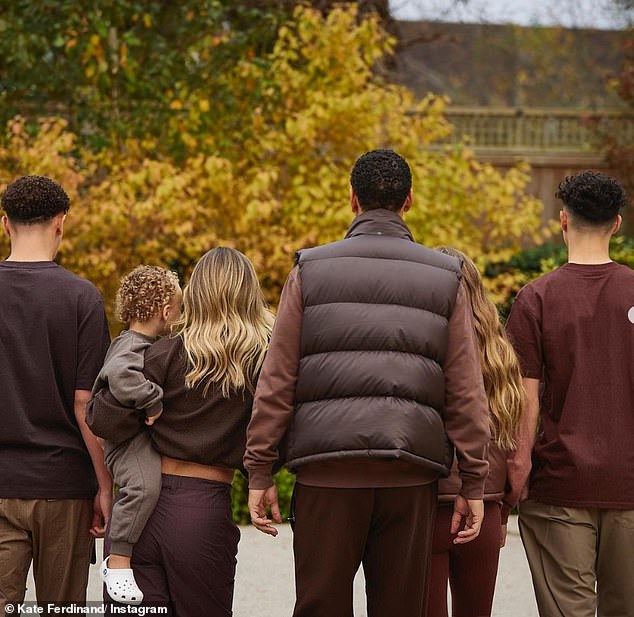 Mother figure: Last year Kate insisted she never wanted to take the place of her stepchildren’s mother, Rebecca – who died of cancer in 2015