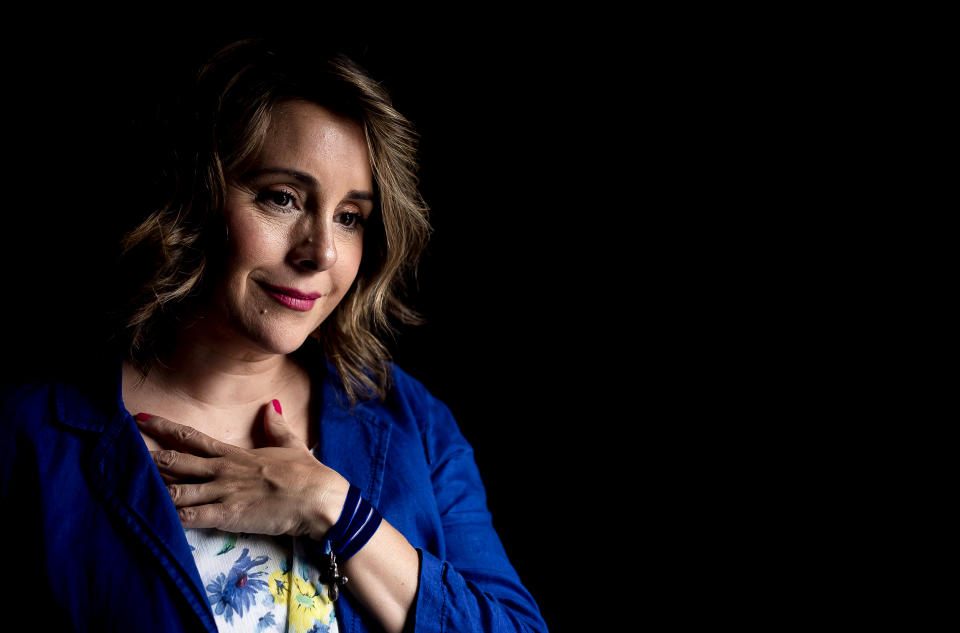 Karyme Lozano In the light of the new millennium, she was among the teenage actresses who were predicted to have a successful career. Three women, along with Erika Buenfil and Norma Herrera, and Niña, amada mía with Mayrín Villanueva and Ludwika Paleta, both at Televisa, were proof of that.

However, the new century also offered her the opportunity to broaden her horizons to other markets such as Ladies’ Night or Nudes or in series such as Mujeres asesinas 2 or Tiempo final, which brought her closer to American productions. And like every actor, Lozano dreamed of internationalization.

Her dreams ended with her father’s death in 2009. The unexpected loss she suffered caused her to reconsider a quiet life and prioritize her mental health, a time when she also cultivated her spiritual life. In an interview collected by El Universal a year later, she said her reunion with the Catholic religion caused her to turn down soap operas that promoted promiscuity, infidelity or violence. “I regret everything I’ve done as an actress, but I understand it wasn’t out of malice, it was out of ignorance,” she said at the time.

The promise not to return to the forums until a production was found in which women were not denigrated was kept for three more years. In 2012 she took part in the telenovela El talismán via Venevisión and Univisión and returned to Televisa with the leading role in Quiero amarte return. his latest melodrama.

Before disappearing from the small screen, two films in which he was involved were released, Cristiada and Hijos de Dios, the latter more in line with his religious beliefs.

Shortly after her father’s death, she remarried to Michael Domingo (her first marriage was to actor Aitor Iturrioz, with whom she had a daughter) and they decided to settle in the United States to increase the family. Unfortunately, after several attempts, they failed. “My husband and I wanted to have more children, but it didn’t happen. To this day we haven’t given up hope, but one day God put it in our hearts to be parents. One day we were in the mess hall and we were watching kids running, we suddenly thought, ‘What if we adopt?'” the actress told TVyNovelas magazine.

The couple fulfilled this dream and adopted Mateo and Ana Lucía in 2018.

Happiness for her second motherhood took over her life completely, but her passion for acting was still strong. Just before the Covid-19 pandemic, she allowed herself to return to the big screen with Corazón ardente, the story of a best-selling author. Salesman investigating the appearances of the Sacred Heart of Jesus in search of inspiration for his next novel.

Not hitting a big premiere, he returned to a forced hiatus until 2022, when he listened to his heart to “what God puts in his way,” and yet another soap opera got his hands on. “My Secret”, alongside Arturo Peniche. “‘Daniela’ is a character that was a challenge who was in a coma for 24 or 25 years. From the start I asked for freedom not to almost go out with makeup and regular lashes, they allowed me to characterize myself as a little unmade up, paler and with dark circles to represent a person going through a difficult time,” he said upon his return.

“I am very blessed because my husband is very supportive, he tells me ‘I love to see you happy, acting is your passion, I support you’. My priority is my family, but I love that I can balance things and my career and my family, my passion, alongside my family, is my job, so the balance as a working mom enriches me a lot, gives me a lot Peace, security, I think you have to find within yourself what your balance is,” she recently commented on the red carpet Dad daughter tripthe film that also gave him access to Hollywood thanks to comedian Rob Scheider.

“It’s happening in general (the opening of spaces) with so many platforms, if you look, all the casts are already multicast from Spain, Mexico, Argentina, Chile, the United States, I think it’s something very beautiful that empowers and gives a lot of power to projects to bring together celebrities, recognized or very talented artists from different parts of the world,” added the actress about this new opportunity and those who continue on her path.

And it’s that Karyme no longer believes she’ll stay away from acting for another minute: she and her family have decided to settle down full-time in Mexico to continue the career that links her to others as a producer and writer.