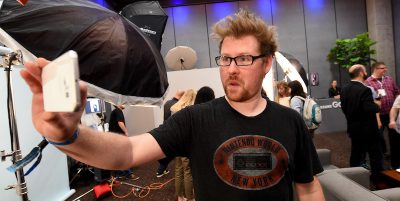 Justin Roiland will no longer be working on the popular US animated series Rick and Morty, which he co-created with Dan Harmon in 2013 and for which he voiced the two main characters. This was announced by the production company, which declared that it had interrupted its collaboration with Roiland without giving any details as to why and that it is working on the realization of the next season of the series (in which there will therefore be a new voice actor for the protagonists) .

Her sacking was decided after a complaint against her of domestic violence and kidnapping by one of her ex-partners surfaced in recent days for events in 2020. The woman, whose name is unknown, had accused Roiland of hitting her and preventing her from going to hospital for treatment. Roiland has declared his innocence and the preliminary hearing in his trial is set for April 27.

Following news of the complaint, a number of other women had accused him of inappropriate behavior towards them, including a girl who claimed to have received sexual messages from Roiland when she was a minor.