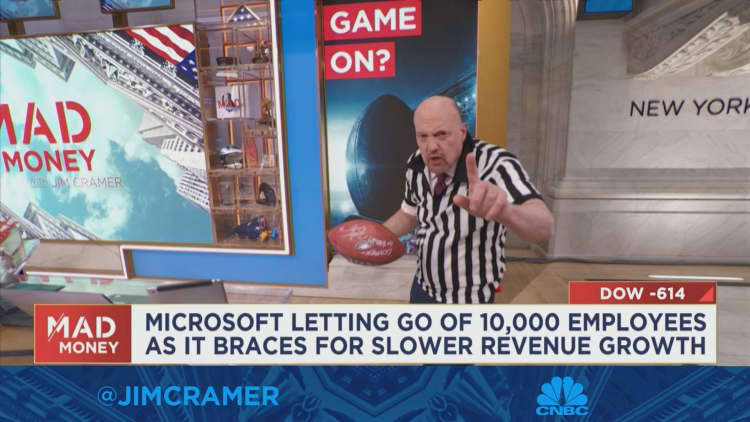 CNBC’s Jim Cramer warned investors on Wednesday that stocks could fall further — at least in the near term.

“I think we’re having a … period of consolidation where we’re getting rid of the weak investors. And we certainly wash out those who got carried away and committed personal fouls, like buying bitcoin over $20,000 or fooling around in meme stocks,” he said.

Stocks tumbled on Wednesday after December retail sales data fueled fears of a recession and investors snapped gains from earlier this month. The S&P 500 closed at its lowest level since December 15 and the Nasdaq Composite fell, breaking a seven-day winning streak.

“Right now the market is working through one of the most overbought conditions we’ve had in ages. In the last two weeks we have simply recovered too far and too quickly. It’s not like everything is terrible,” Cramer said.

He pointed out that while Microsoft said it was shedding 10,000 employees, other industries have remained much more resilient. Many companies, including recently United Airlines, have reported great quarters so far this earnings season, he added.

“Large parts of the economy are holding up well. The problem is engineering, as I’ve been telling you for months,” he said.

That won’t stop the market from enduring more pain, at least in the short term, Cramer warned. “The bears – they will be in full force tomorrow.” 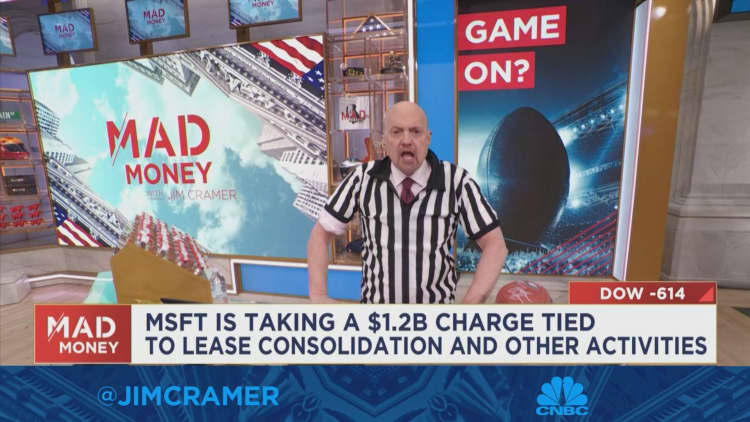