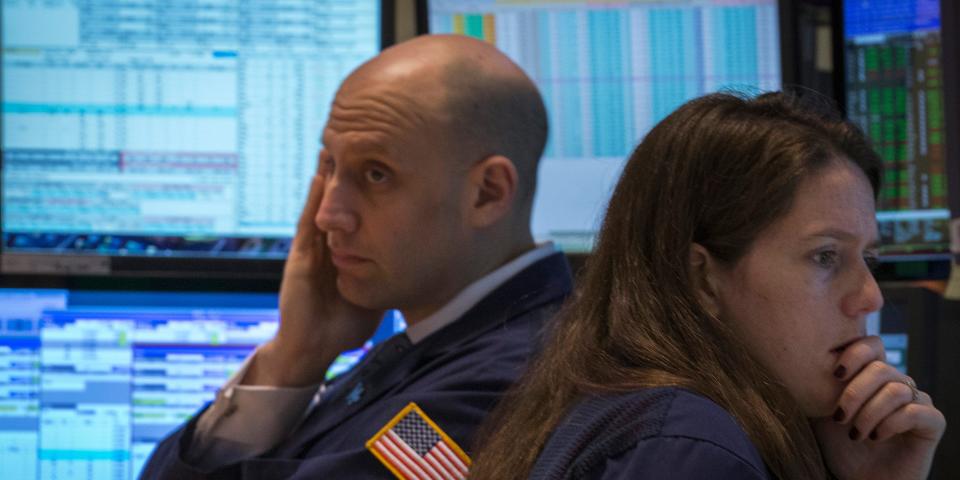 Traders work on the floor of the New York Stock Exchange on February 4, 2014. Portal/Brendan McDermid

The Federal Reserve’s efforts to curb inflation have turned the traditional concept of investing on its head, and anyone who hasn’t realized this will find their portfolio struggling, according to a BlackRock iShares strategist.

Karim Chedid told Insider he believes markets could no longer rely on a Fed “put” — where the central bank is easing monetary tightening to shore up slumping stocks.

“In the past, we could rely on central bank puts when macroeconomic fundamentals deteriorated,” Chedid said. “Today we are in a completely different environment.”

Chedid, iShares’ head of investment strategy for EMEA, discussed how the market has begun to respond to a ‘Goldilocks’ economic environment defined by growth and inflation that are neither too hot nor too cold.

He said the current economic consensus suggests 2023 will bring “lukewarm” growth and inflation, forcing the Fed to adjust accordingly and scrapping investment approaches that have worked for the past few years.

“Goldilocks doesn’t save the day in our new script,” said Chedid. “Central banks are focused on one thing, restoring price stability.”

Some investors believe the Fed will wind down its rate hike campaign to support stocks and the economy sometime in 2023 as inflation has now fallen for six straight months.

According to CME Group’s FedWatch tool, the majority of traders expect the central bank to start cutting interest rates by the end of the year – but they could be in for a rude awakening, according to BlackRock’s Chedid.

He expects the Fed to gradually hike rates another 75 basis points from their current level of around 4.5% and then hold them above 5% for all of 2023. This agrees with the statements of the political decision-makers.

According to Chedid, this reflects a new environment in which the Fed’s only priority is to tame inflation. The CPI inflation gauge rose 6.5% last month, meaning prices are still rising at a rate well above the central bank’s 2% target level.

The BlackRock strategist said he doesn’t expect the Fed to even consider rate cuts until wages – which December’s US jobs report said are still rising – have started to cool.

“We haven’t seen wages fall to a degree that suggests we are on track to meet the Fed’s inflation target and hence the Fed will continue to over tighten which means it will exceed 5%, probably going to 5.25%,” Chedid said. “And then more importantly to stay there.”

“They need more evidence to prove they really have inflation under control – until they get there they’re more likely to hold than lower,” he added.