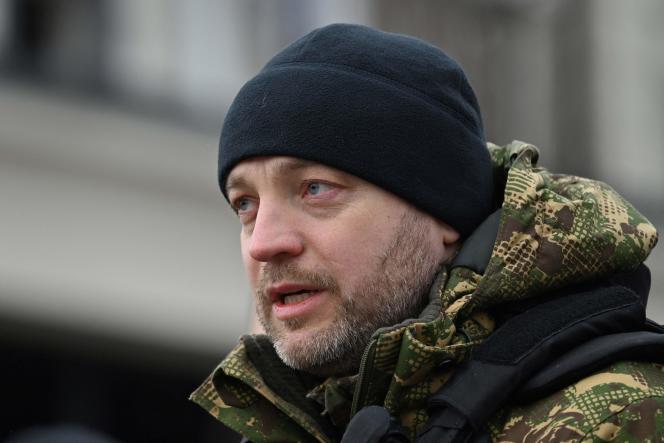 A helicopter carrying Ukraine’s Interior Minister Denys Monastyrsky and several members of his cabinet crashed next to a kindergarten in the town of Brovary, northeast of Kyiv, on Wednesday morning, January 18. A major fire immediately broke out in the building. At least 14 people, including a child, died in the disaster. The nine occupants of the helicopter, including First Deputy Minister Yevgeny Yenin and State Secretary Yuri Lubkovich, were killed. 25 people, including 11 children, were also injured.

The causes of the accident are still unclear. The helicopter, a Super Puma, crashed on a foggy morning in a region far from the combat zones and more than 90 km from Belarusian territory, where the nearest armed forces are stationed. No anti-aircraft alarm had sounded prior to the crash.

The Ukrainian authorities have launched an investigation. The Security Services of Ukraine (SBU) are investigating three main leads: a violation of flight rules (pilot error), a technical malfunction or sabotage. According to preliminary information, the cause of the accident could be fog. The pilot did not see a tall building in time and attempted to avoid it, suddenly gaining altitude, resulting in a loss of control of the aircraft. Yuri Ihnat, spokesman for the Ukrainian Army’s Air Force Command, warned that the investigation would take time.

Eyewitness footage indicates that the helicopter broke apart in the crash: one of the fragments fell on the nursery, and most of the machine collapsed on the property of a house. According to regional TV station Magnolia, the helicopter in the crash likely struck the school building before ending its course at the base of a building. Videos show flames igniting a huge space between two blocks of buildings, with the school in the middle. Screams come from the rubble. These images commemorate the Russian attack on Dnipro three days earlier, which destroyed an entire building and killed 45 people, including six children.

Also read: Article reserved for our subscribers In Dnipro, Ukraine, life stands still in the ruins after a Russian bombardment

Senior Ukrainian officials regularly travel by helicopter, often at low altitude and at high speed. The plane was flying towards a “hot spot” where fighting is continuing, in this case in the Kharkiv region to the east, according to Deputy Head of the Presidential Office Kyril Tymoshenko.

You still have 54% of this article to read. The following is for subscribers only.