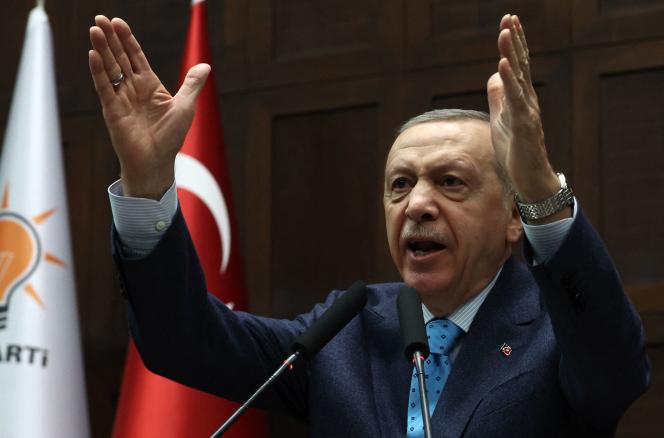 To say it was expected is an understatement. After weeks of speculation and negotiations in all directions, Turkish President Recep Tayyip Erdogan finally announced on Thursday January 19 that he intends to hold presidential and parliamentary elections on May 14, a month ahead of schedule. The momentous election decision, considered one of the closest in decades, immediately raised many legal questions and sparked lively debates between pundits and political figures from all sides.

The head of state, a candidate for his own successor, became prime minister in 2003 before amending the constitution in 2014 to become president, directly elected in general elections. At 68, Erdogan is standing in a presidential election for the third time in a context of deep economic crisis and extreme political tension, where his authoritarianism and frenzied conservatism are being challenged by many sections of Turkish civil society. For the first time in twenty years, he is no longer the undisputed favorite in the polls.

In front of the deputies of the faction of his formation, the Justice and Development Party (AKP), and the television cameras, Mr Erdogan initially wanted to place the ballot under the sign of a prominent and divisive figure in the country’s political history. He recalled that on May 14, “73 years to the day”, candidate Adnan Menderes triumphed in the country’s first elections in 1950. A victory that not only ended the unchallenged rule of the Republican Party (CHP), the founding of Mustafa Kemal Atatürk, the founder of the Turkish Republic, but which also inaugurated a populist and deeply conservative politician that marked a generation of Turks, including of the current President’s own father. Overthrown by the military in 1960, Adnan Menderes was hanged a year later.

“On May 14, 1950, when he won the election, Menderes said: ‘Enough, the people speak!’ “President Erdogan was created based on the election campaign slogan of the time. A speech that was then picked up by a large number of parties. Then he involved himself in a comprehensive attack by his opponents. “Our nation will direct its response to the ‘table of six’ [le nom de la plate-forme de l’opposition qui regroupe six formations politiques emmenées par le CHP] the same day as seventy-three years ago,” he said. Realize that” [le] biggest problem [du pays] Inflation was” and “that it had started to fall”, he emphasized that “no choice was ever easy”, but he managed to “emerge victorious” every time.

You still have 43% of this article to read. The following is for subscribers only.