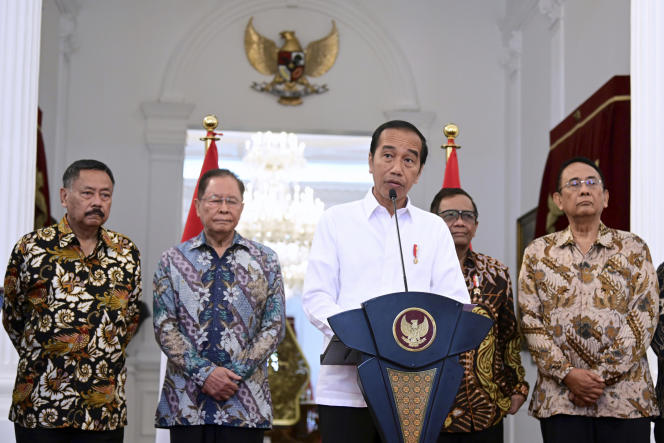 It is not yet the time for justice, but the time for recognizing serious crimes committed by the state, security forces and various organizations in Indonesia for half a century. Fifty-seven years after the massacres of 1965 and 1966, which claimed between 500,000 and one million lives among members of the Indonesian Communist Party (PKI), Indonesia has taken a significant step with recognition by President Joko Widodo during a televised address Jan. 11 on behalf of the state for “severe human rights violations”. Sympathizers, members of the Chinese diaspora and countless intellectuals and left-wing activists were also hit.

“I deeply regret the reality of these crimes,” Jokowi said of the 1965-1966 massacres, but also of 11 other cases of serious human rights violations that are more recent but have never been fully punished or solved, starting with the enforced disappearances of Pro-democracy activists in 1997-1998, multiple shots at protesters, atrocities against civilians and pro-independence activists in Aceh, East Timor or Papua.

Mr Widodo spoke at a ceremony marking the formal handover of the report commissioned in August 2022 to a team of eight figures charged with formulating an “out-of-court solution to past serious human rights violations”. Courts have so far proved powerless to convict military or police officers: “The government and I will try to restore their rights in a fair and responsible manner, without forgoing a judicial solution,” promised “Jokowi” for the information of the victims and their relatives.

The question of legal settlement remains essential in the eyes of NGOs or victims’ associations, which welcomed Mr Widodo’s speech but called for new court cases to be opened. Special tribunals, set up four times in the past to try members of the army and police on separate cases, have resulted in systematic acquittals. The latest, in December 2022, concerns the only suspect, an official, in the killing of four protesters in Papua in December 2014, a month after Joko Widodo was inaugurated.

You have 62.33% of this article left to read. The following is for subscribers only.