A significant increase. The French Office for the Protection of Refugees and Stateless Persons (Ofpra) announced that 131,000 asylum applications were made to the French authorities in 2022, an increase of 27% compared to 2021. A figure close to the record set in 2019 by the health crisis.

Afghan nationals at the top

“In 2022, when the borders are open again, we will see a significant increase in the number of asylum seekers,” also explains former Secretary General of the Ministry of Immigration, Patrick Stefanini, who emphasizes that the asylum request is one of the other forms of migration.

The acceptance rate of these applications is higher than last year and reached 29%. In 2021, 104,577 initial applications (including minors) were registered with Single Windows for Asylum Application (GUDA), an increase of 28.3% according to the Interior Ministry website, but without reaching the 2019 level (138,420). 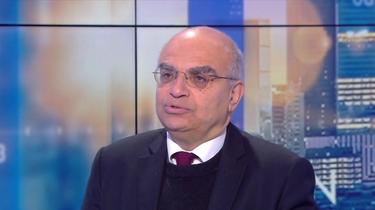 “Housing these people will interfere with the so-called common law structures designed to house people of French nationality on the street,” said Patrick Stefanini. Note, however, that Ofpra does not count the hundreds of thousands of Ukrainians taken in during the war, some of whom have already returned home.