I’m a Celebrity, Get Me Out of Here! Stars Boy George and Babatúndé Aléshé are reunited after their departure from the Australian jungle.

The singer, 61, took to Twitter to share a glowing selfie with the comedian, 34, as they relaxed in their hotel’s bar after back-to-back eliminations from the series just days before the finale.

Together again! I’m a Celebrity, Get Me Out of Here! Stars Boy George and Babatúndé Aléshé are reunited after their departure from the Australian jungle

In no time at all, both George and Babatúndé were in extremely good spirits as they relaxed in the bar after exiting the jungle.

Just hours earlier, comedian Babatúndé was greeted like a hero when he arrived at the luxury hotel Marriott.

He was welcomed home by his former roommates Charlene White, Scarlette Douglas and Sue Cleaver, as well as Matt Hancock’s girlfriend Gina Coladangelo, who gave him a hug.

One star not present, however, was George, the fourth candidate to be voted out on Tuesday, although the pair caught up hours later. 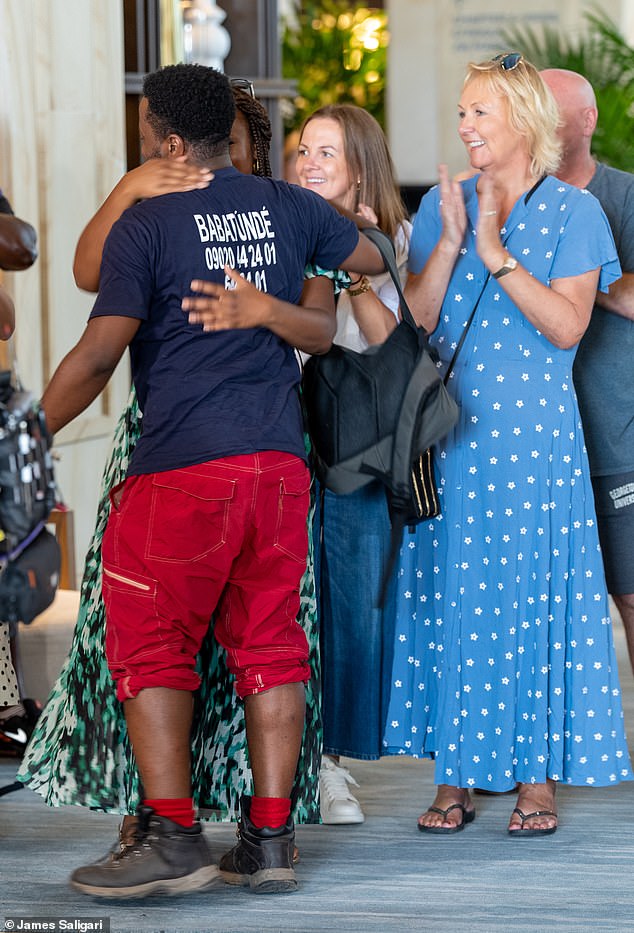 Welcome: Just hours earlier, Comic Babatúndé was greeted like a hero when he arrived at the luxury hotel Marriott after retiring from the show

A viewer told Web: “George was the only celebrity not to greet Baba after he was voted out of the jungle on Thursday morning local time.

“It was disappointing because he’s still part of the cast and was a big figure at camp, it didn’t go unnoticed that he wasn’t there.

“Anyone else can be a good sport but he seems to have just washed his hands with it now.”

A source close to George added: “He was busy filming social media content for the show that they needed and was sticking to their schedule. 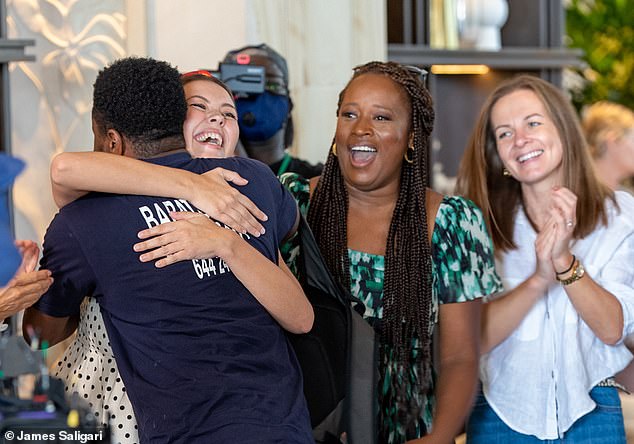 Absent: One star who was absent, however, was Boy George, 61, the fourth contestant to be voted out, making him the only former housemate not to say hello to his co-star at the luxury hotel Marriott

“He was then made up in a hurry before an interview, he didn’t miss Baba’s return on purpose.”

Baba lasted a day longer than George and became the fifth celebrity to be voted out.

During his exit interview, he admitted to hosts Ant and Dec that he was “more scared” of toads than he was of his jungle trip.

He said: “You guys just did that to me. You guys shouldn’t have done that. I thought if I made it far I would actually have to be in a box full of toads. 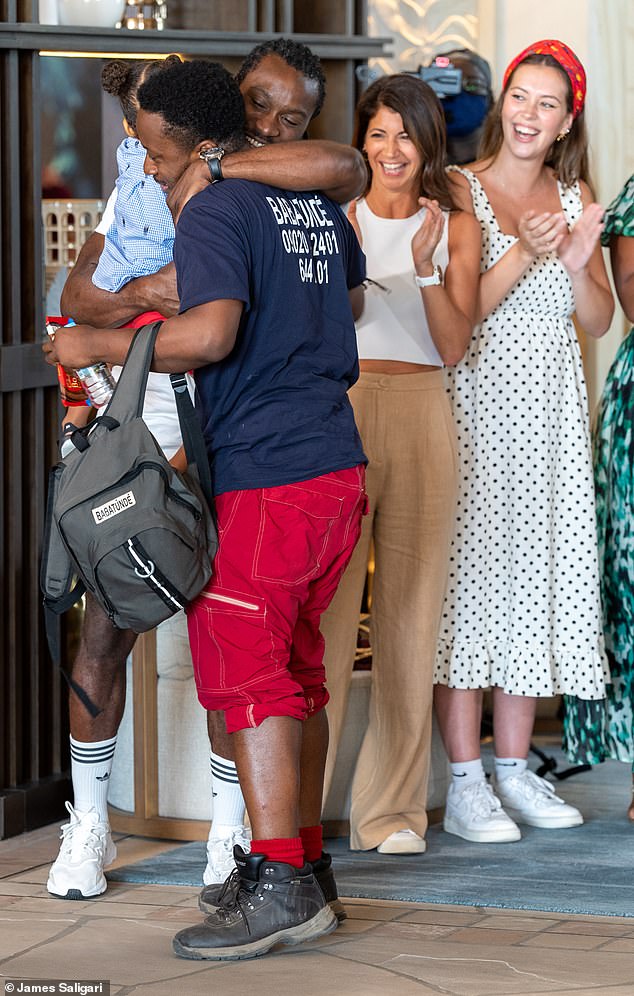 “When they walked in I thought these guys are evil, that’s not even funny. I don’t like how they look. They look like they were born in the abyss of hell…they are demons.’

George’s snub comes after the 1980s singer refused to do any press following his exit, failing to appear on ITV’s morning shows to discuss his jungle experience.

On Wednesday, Web revealed George was “desperate” to go home but is contractually bound to remain in Australia until after the series ends. 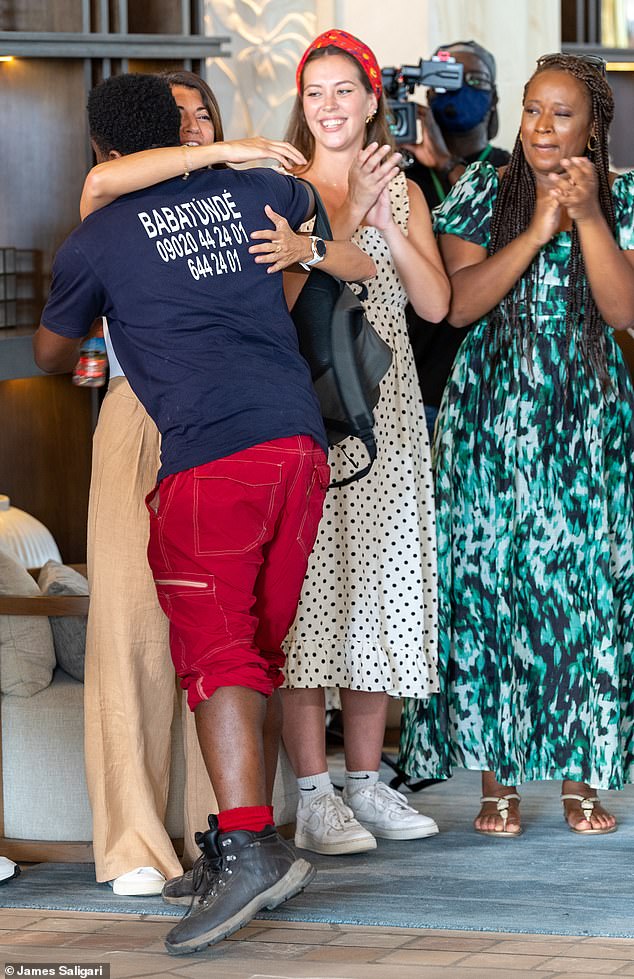 Hug: He was also greeted by Matt Hancock’s girlfriend Gina Coladangelo, who gave him a hug

A source revealed that unlike his evicted co-stars, George feels under no obligation to continue supporting his housemates.

During his time in the jungle, he accused his housemates of not “being themselves,” but when questioned by Ant and Dec who he was referring to, he declined to comment.

A show insider added: “George has traveled the world throughout his career and has seen Australia before, so there’s really no reason for him to be here, especially as he’s not concerned with teasing his co-stars to catch up with the other side.’ 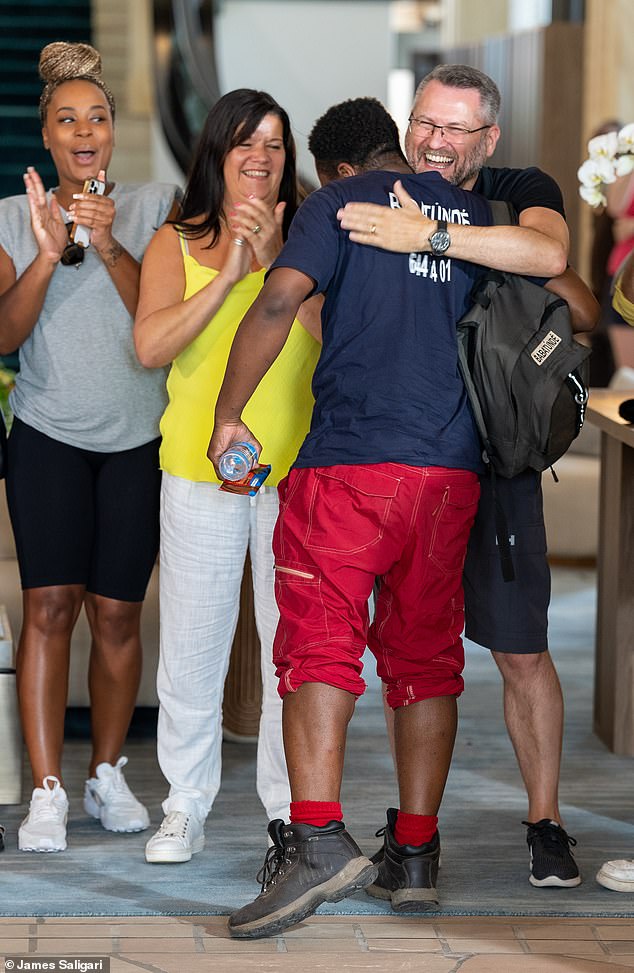 A viewer told Web: “George was the only celebrity not to greet Baba after he was voted out of the jungle on Thursday morning local time.”