In the room there are also large photos of Gina Lollobrigida and the many crowns that have arrived, such as those of the Ministry of Culture, Anica, Roma Capitale and the Municipality of Subiaco.

The funeral of the Italian cinema diva will take place on Thursday 19 January at 12.30pm at the Chiesa degli Artisti in Piazza del Popolo in Rome.

“She was a great woman, I met her personally,” he said State Secretary Borgonzoni.
“Energetic and overwhelming until I met her a few months ago. We will take many initiatives, she deserves many and there have been too few in our country. We will create an award named after her and we are already thinking of a photo exhibition where her photos will be displayed, but also the photos she took because she was an all-round artist. An example of that Italian spirit that we love so much, that Italian spirit that rolls up its sleeves and conquers the world by itself, because it really is conquering the world.
He embodied that Italy that wanted to start over and didn’t want to start over with anyone’s help because, remember, it made itself and built everything it had. It was exactly the Italy of yesteryear, the Italy that we all still want and desire today. It is an example of how they imagine our country abroad, we must learn to love each other more and above all to remember these people, to reward and appreciate them, not only afterwards but also when they Life.

“Gina was a great artist, indomitable, an incredible character. A great lesson, but it leaves us with a myth in the world of cinema that is really known to everyone abroad. Testimonies are coming from all over the world, from all the newspapers and TV calling us, we really understand it’s a big international pain,” he said Tiziana Rocca, Producer of major events and general director of the Festival Filming Italy Los Angeles, who has been collaborating with Lollobrigida for many years. “My personal memory is really that we did a lot of things together, shared a lot of moments, I was really lucky. I was lucky enough to be with her a lot, she was ironic, she made fun of herself, she joked about everything. Sometimes she gave me hints about my children that I had to leave them more adventurous. She was extraordinary because she was interested in everything, so many beautiful moments, we took so many initiatives, she gave me her heart and I gave her mine,” Rocca recalled. 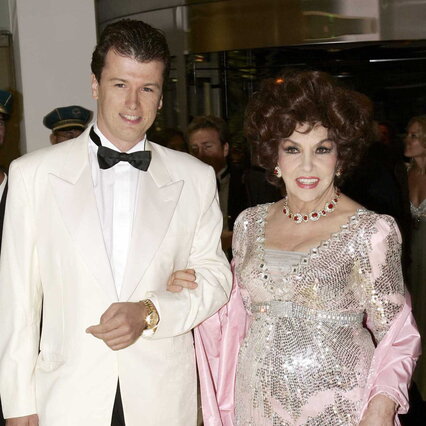 “Gina Lollobrigida is buried in Subiaco, her town of origin. In 2000, she expressed this will and the municipality dedicated her a monumental tomb – which is currently being restored. Therefore, she is temporarily buried in an urban niche and then moved “I heard about his son Milko after his death,” said the Mayor of Subiaco, Domenico Petrini, in connection with RTL 102.5 News. “The proposal to name a place near the theater where he took his first steps will be received by the city council,” he added.