Australian forest rangers discovered a cane toad of gigantic proportions in a national park: the amphibian weighs 2.7 kilos, according to the Queensland state government, in the north of the country. Rangers found the arm’s length animal by accident when they had to pull over for a snake while driving in Conway National Park. 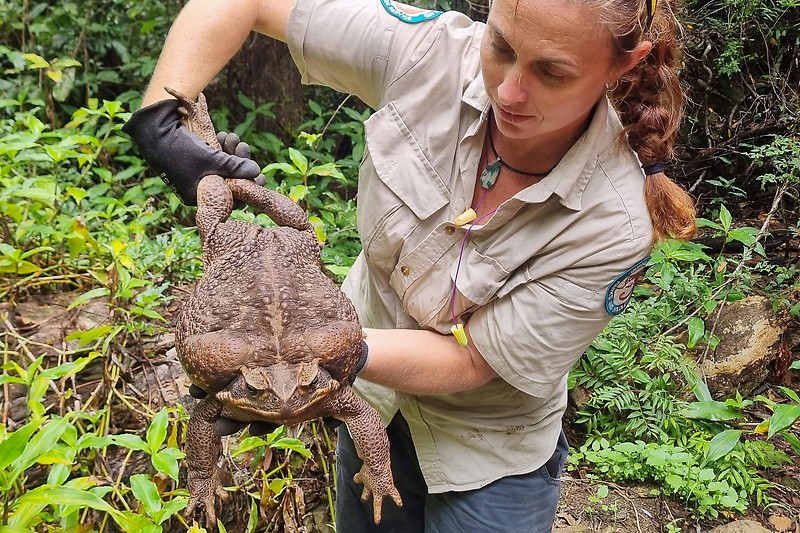 APA/AFP/Queensland Department of Environment and Science

“I grabbed the cane toad and couldn’t believe how big and heavy it was,” park ranger Kylee Gray said of the find. Cane toads this size eat “anything that fits in their mouths – and that includes insects, reptiles and small mammals,” she explained.

The state Department of the Environment said the animal may have set a new weight record. The “monster frog” is expected to be displayed at the museum in the future.

Native to South America, cane toads were introduced to Queensland in 1935 to keep crops free of pests. The impact on local wildlife has been devastating. Frogs are highly poisonous, causing predators to die if they eat them. Female cane toads can produce up to 30,000 eggs per season.